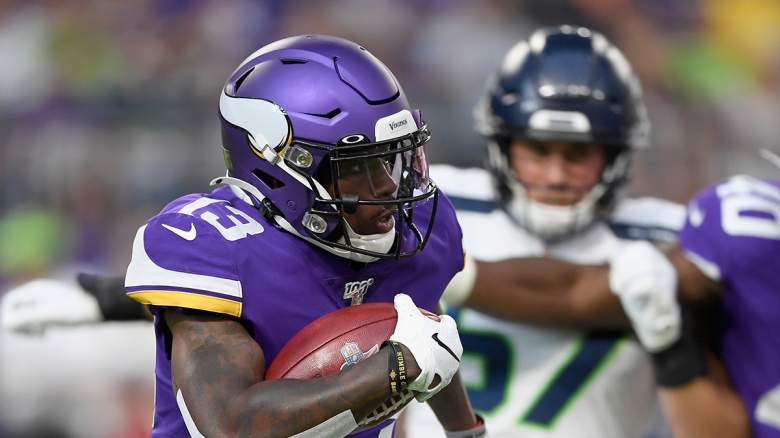 When the Las Vegas Raiders released Henry Ruggs due to his involvement in a fatal car crash on November 2, the team lost its fastest player and leading wide receiver. It was clear that the team missed his ability as a deep threat against the New York Giants as the team lost 23-16. Shortly after the loss, the Raiders signed DeSean Jackson, who can still run despite the fact that he’s 34-years-old.

While Jackson is a more than capable deep threat, it would be unwise to rely on him too heavily. He missed 11 games last season and 13 games the season before. With that in mind, the Raiders decided to bring in another wide receiver who can stretch the field. The team announced that they’ve signed Jeff Badet to the practice squad.

We have placed DT Darius Philon on Reserve/Injured list.

We have signed DT Kendal Vickers to the active roster.

We have signed WR Jeff Badet to the practice squad. pic.twitter.com/X6LFuGQde3

Badet came into the NFL as an undrafted free agent for the Minnesota Vikings in 2018. Though he’s been in the league for several years now, he only played in three games for the Washington Football Team last season. He didn’t record a catch.

Adding Badet right now makes a lot of sense for the Raiders. He’s never recorded an NFL catch but has game-breaking speed. During Oklahoma’s 2018 pro day, Badet ran a 4.27 40-yard dash. That’s the exact same time that Ruggs recorded at the 2020 NFL Combine.

His lack of production in the NFL is concerning. The Raiders can’t be expected to replace Ruggs with a wide receiver who has never recorded a catch. That said, his speed can be an asset, especially if Jackson gets hurt at any point during the season. Las Vegas has certainly recovered some speed with this signing.

Should Raiders Be Concerned About WR Corps?

In the Raiders’ first game without Ruggs this season, the team’s wide receivers were unimpressive. Outside of Hunter Renfrow and his seven catches, wide receivers combined for a total of one catch the entire game. Bryan Edwards didn’t record a single catch on four targets. It was a very concerning performance from the wide receivers, which is why the team signed Jackson.

The addition of the three-time Pro Bowler should help things out. He can still run despite his age and will provide the Raiders with a solid deep threat. If he can stay healthy for the rest of the year, the team should feel good about its wide receiver corps. Edwards had a bad game against the Giants but he’s been dependable for most of the year. He should bounce back. Renfrow remains a stud and the team really likes Zay Jones.

The future at wide receiver is murky but the Raiders can worry about that in the offseason. Luckily, the team still has Darren Waller. While he’s technically a tight end, he’s the team’s best receiver and will continue to see the ball come his way at a high volume. The Raiders have plenty of offensive weapons to make it into the playoffs.

Get more good stuff from Heavy on Raiders

Unlock the latest Raiders news, rumors and exclusives — direct to your inbox.

Total tax on petrol down to 50 per cent, diesel to 40 per cent after duty cuts – Times of India