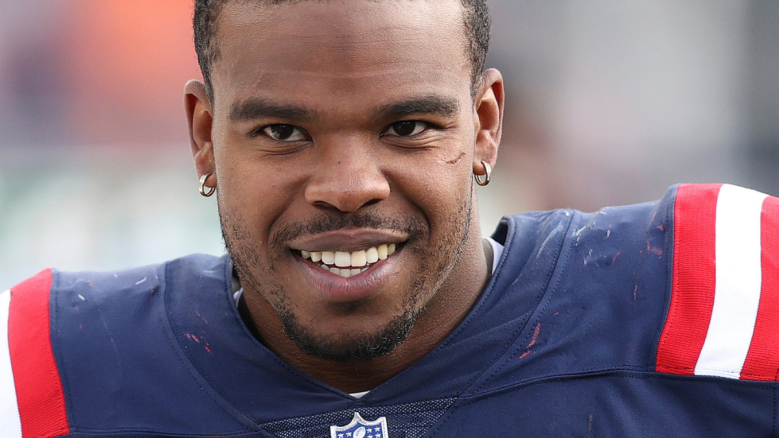 The New England Patriots‘ Damien Harris is happy to play for the team he plays for in the NFL right now, but that wasn’t his favorite squad growing up. In fact, Harris told teammate Kyle Van Noy on a recent episode of Elite Eatz that he “used to hate the Patriots.”

Harris explained: “No offense, it definitely wasn’t the Patriots. It definitely wasn’t the Patriots. I was a Colts fan growing up, back with like Peyton (Manning), Dallas Clark, all those guys. So, obviously, I used to hate the Patriots just because, like, those AFC title games, I was always hoping the Colts would pull it out, win the Super Bowl, whatever. And it always seemed like, no matter what, the Pats always came out on top.”

Here is a look at the video:

Harris probably isn’t the only current NFL player who used to harbor intense hate for the Patriots. Whenever a team is as dominant as the Patriots have been over the past 20 years, it’s common to receive some rage. Harris proudly rocks the Patriots colors this season and he’s been productive all year. Unfortunately, he did suffer a head injury in the Week 9 win over the Carolina Panthers, as did Rhamondre Stevenson, so many are awaiting an update on their availability for the Week 10 battle with the Cleveland Browns.

What is Damien Harris’ Status For Week 10 vs. the Cleveland Browns?

During a media conference call, Patriots running back coach Ivan Fears said the team is in a “wait-and-see mode” with Harris. Fears acknowledged the protocol for concussions and head injuries can take a little while which leaves Harris’ availability for the matchup with the Browns in jeopardy.

Harris hasn’t missed a game this season though he has battled some injuries all year. If he cannot go, the Patriots will be scrambling to find someone to give carries.

What is Rhamondre Stevenson’s Status For Week 10 vs. the Cleveland Browns?

Normally, Stevenson could be plugged in to play the same role Harris does. However, Stevenson is also trying to recover from a head injury.

Fears said, just as he had with Harris, Stevenson’s availability is still a question mark. Stevenson has only played in 5 games, but this is mostly due to inexperience. The injury complicates things and it could lead to J.J. Taylor being elevated, another RB signing or perhaps TE Jonnu Smith might be asked to take a few carries.

He had one carry for 4 yards in the Week 9 win over the Carolina Panthers. However, Smith did show some flashes of being capable of playing RB when he was with the Tennessee Titans.

Still, as Fears said, we’ll have to wait and see.

Will MS Dhoni Retire from IPL after The Ongoing Season? Former Australian Cricketer Believes So

I feel there is a larger role to be played by centre, states, NSFs: Anurag Thakur | More sports News – Times of India

Emma Raducanu can ‘pretty much take her pick’ of brands, sponsorship expert claims

This is among top-3 bowling performances of India I have seen as captain: Virat Kohli | Cricket News – Times of India

Crunch time for Evergrande, but no ‘Lehman moment’ – Times of India

‘Those Two Guys Have to Play’: Former England Pacer Wants India to Back Mayank Agarwal And Shreyas Iyer For South Africa Tests