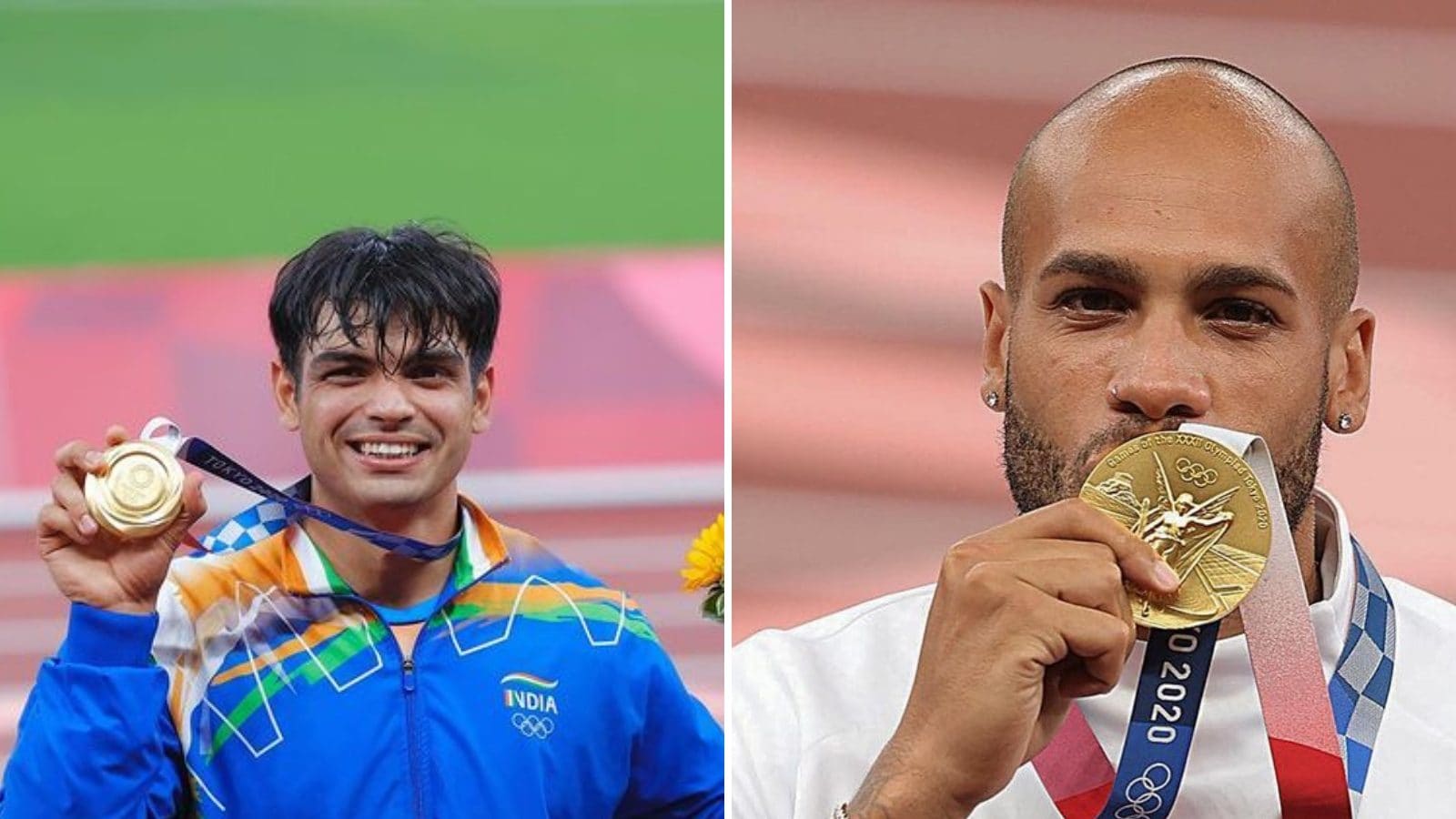 India’s only athletics gold medallist Neeraj Chopra did not find a place in the nominees list for the male athlete of the year by World Athletics. Another major omission from the list was of Italian Marcell Jacobs, who was the only man to win two gold medals on the track at Tokyo Olympics. Italian high jumper Gianmarco Tamberi, who tied for Olympic gold with Mutaz Barshim in his event moments before Jacobs won the 100, also failed to make the cut.

Neeraj won the gold medal in the men’s javelin event and created history at the Olympics for India. Neeraj topped both the qualification and the finals on his way to the gold. His biggest competitor prior to the start of the event, Germany’s Johannes Vetter, could not even make the final round.

The Italian Olympic movement is outraged over the exclusion of sprinter Marcell Jacobs from the nominees, with a senior official calling it a lack of respect and “profoundly wrong.”

Jacobs was the surprise Olympic champion in the 100 meters the signature event of track and field and also helped Italy to gold in the 4×100 relay.

Malag said the Italian omissions amount to a lack of respect toward our two athletes.

The nominees were selected by an international panel of athletics experts, comprising representatives from all six continental areas of World Athletics. The winner will be announced in December.

Jacobs, who also won the 60 meters at the European Indoor championships in March, did not compete after the Olympics, when he withdrew from his remaining Diamond League events to recover from a knee injury.

“As always, the World Athletics Awards will recognize athletes who have performed at the highest level across the year, taking into account not only the Olympic Games, but the one-day meeting circuits,” World Athletics president Sebastian Coe said.

Sania-Ram pair crashes out of US Open

Soccer Aid 2021: What are the team line-ups for England vs World XI?

Max Verstappen ‘runs you out of road’, Lewis Hamilton claims

Feel Very Fortunate Getting a Medal at the Paralympics: Krishna Nagar