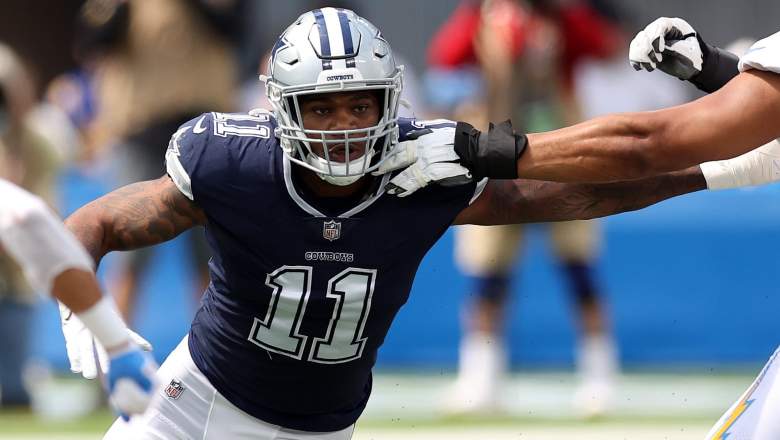 Micah Parsons delivered a sharply pointed message after collecting his first career sack in last week’s victory over the Chargers.

“Every quarterback that’s on the season is on the hit list. I want all of them,” Parsons explained to reporters on Wednesday, via USA Today’s Jori Epstein. “[Justin] Herbert was just the guy I had that week. But Hurts, he’s on the hit list now too. You got to look at it like you’re trying to be the Terminator out there.”

The NFL’s highest-graded rookie through two games, per Pro Football Focus, Parsons has notched nine tackles (five solo), one sack, and one pass breakup across 90 defensive snaps. Drafted as a linebacker, the Penn State product was forced to play defensive end against Los Angeles due to injuries — and thrived in the modified role.

“He’s rare. You can see it on the sack. You can see it on his pursuit,” Cowboys head coach Mike McCarthy said Thursday, via Michael Gehlken of the Dallas Morning News. “He just gets on ball carriers and receivers so quickly, particularly when the quarterback bounces out of the pocket.”

The latest Dallas Cowboys news straight to your inbox! Join the Heavy on Cowboys newsletter here!

Parsons to Remain at DE?

With the return of Randy Gregory, and despite the continued absence of DeMarcus Lawrence (broken foot), McCarthy — in the interest of gamesmanship — deferred on whether Parsons will be deployed at linebacker or along the edge against the Eagles.

“It’s clearly why you play chess all week,” he said Thursday, via USA Today. “When you get into the game, you want to be playing checkers.”

It’s a tough draw for a still-leaky Dallas defense as Hurts is able to attack through the air and on the ground. He’s only taken three sacks this season, a sharp contrast to his 108.0 QB rating. But circumstance is immaterial to Parsons, whose crosshairs are affixed on Philadelphia.

“My main mindset is to be dominant throughout the whole game,” he said, per The Athletic. “Play at a high level and every time I’m out there, make a play. So whether I’m rushing the quarterback or stuffing the run, that’s what I want to do, be as dominant as possible.”

Tennis-Unvaccinated Players Can Compete At Australian Open After Quarantine – Report