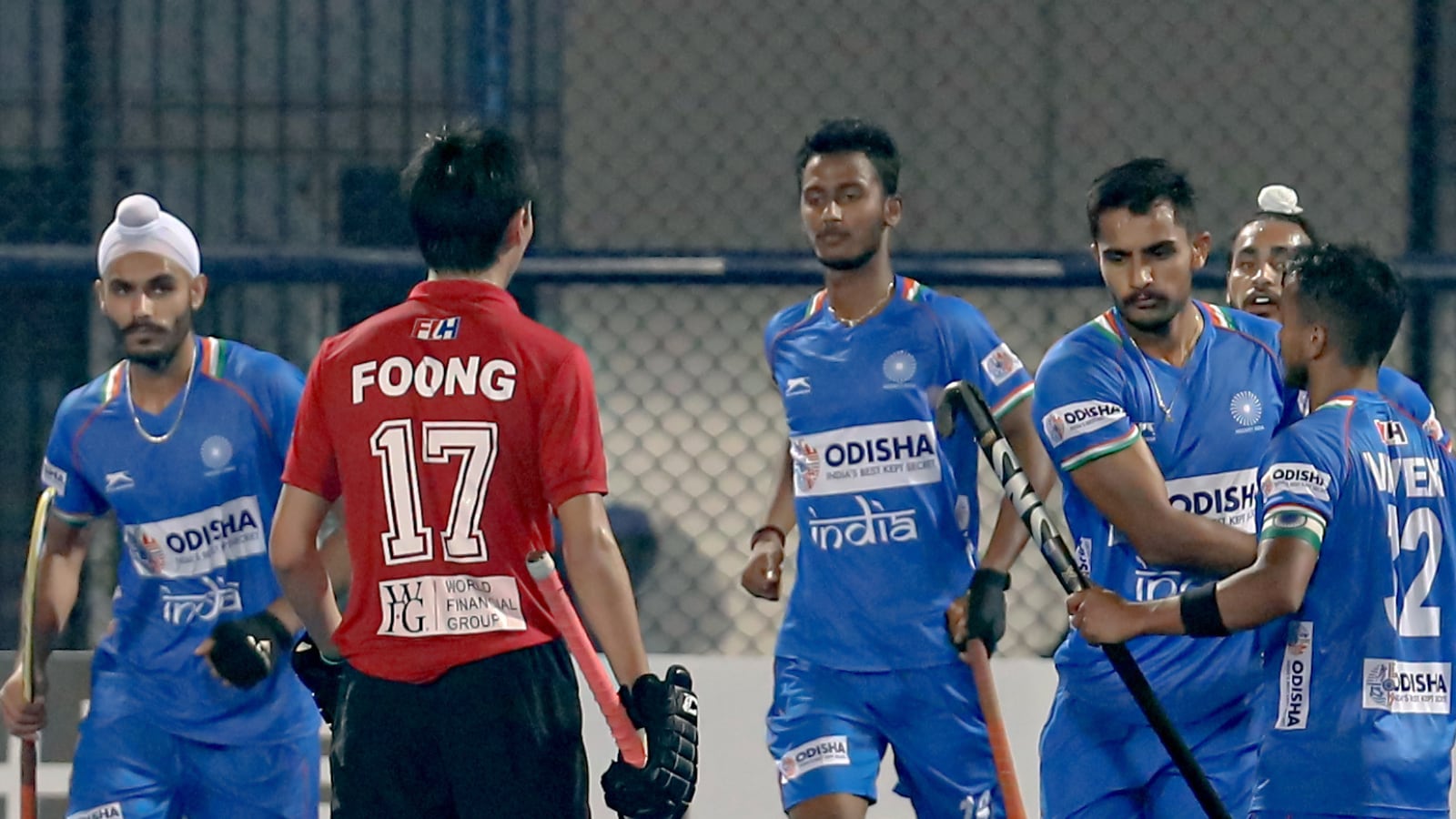 After a disappointing start to their FIH Junior Hockey World Cup campaign, India bounced back with a dominant 13-1 win over Canada in their Group B encounter of the tournament at the Kalinga Stadium here on Thursday.

India came off the blocks very quickly with Uttam Singh opening the scoring for India after just three minutes in the match.

Displaying the attacking Hockey from the word go, the defending champions scored two goals in the first quarter as they did not allow Canada to play their game. With the help of Hundal Araijeet Singh and Sanjay’s hat-trick, India scored 13 goals in the match.

Indian players drew the first blood in the match when Uttam Singh put his side ahead with an easy goal after a good move from the left side of the goalpost. He scored India’s first goal against France yesterday as well.

The hosts scored the second goal when Vivek Sagar Prasad from the left dribbled to the corner and lifted it over the goalkeeper. The Indians were really good with their passes and took total control over the match as Canada were struggling to save their citadel. At the end of the first quarter, India were leading by 2-0.

At the starting of the second quarter, Canada regained some strength and stood tough at the goal line. However, the Indians put pressure on Canadian defence and got the penalty. Sanjay went to the right side of Canada’s goalkeeper Goodwin when he was abruptly tackled by the Canadian defence. India got the penalty stroke but failed to score.

Maninder Singh showed some excellent dribbling skills as he beat the defender and goalkeeper on his own inside the circle before scoring the goal with a sublime finish. Maninder Singh has been involved in all of India’s goals so far and he is on the scoresheet, too, now.

Canada earned a hard-fought penalty stroke in the last minute of the second quarter and managed to score the first goal when Chris Tardif’s late deflection went to hit the wood. Canada was in total dismay after Indians including Sanjay and Maninder Singh took full control of the field in the third quarter. Both the Indians were playing attacking hockey and made the opportunity for more goals. They scored two goals for the hosts in the third quarter.

Canada was in total dismay at the Indian’s attacking display. Sharda Nand Tiwari scores the goal for the hosts with a drag-flick. He hit it straight down the middle and the goalkeeper couldn’t do a thing as the ball went to the goal between his legs. The Indian vice-captain Sanjay soon bagged his second hat-trick of the tournament as India converted another PC in the match. With that treble, India rounded up a memorable night in Odisha.

When is the FA Cup third round draw and how can I watch it?

Glenn Hoddle: Harry Kane’s future needs sorting out one way or the other

Manchester United could make another signing but there’s a catch

Health: Eating walnuts daily reduces the risk of heart disease and lowers cholesterol by around 8.5%

Not a Final or Semi-final: Pep Guardiola Plays Down Hype Ahead of Manchester Derby