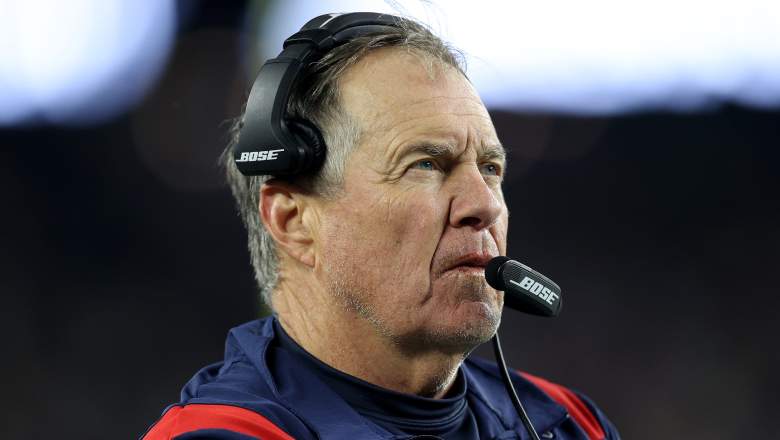 The New England Patriots destroyed the New York Jets on Sunday 54-13, and some of the members of Gang Green are upset about the way it all went down.

To put it plainly, Patriots head coach, who is notoriously not fond of his AFC East rivals, ran up the score. With things well in hand, Belichick continued to not only throw the ball, but to take deep shots down the field.

After the game, the Twitterverse reacted and so did members of the Jets roster and head coach Robert Saleh. Per the Athletic’s Connor Hughes, veteran offensive lineman Morgan Moses didn’t like the Patriots rubbing it in.

Sheldon Rankins on what he was thinking when the Patriots were throwing in garbage time: “Probably some things I’m not going to say … but it’s our job to stop it.” #Jets pic.twitter.com/59HmfUYpt3

Finally, Saleh said this per Hughes:

“It’s the NFL, it’s not like Alabama vs. William & Mary. It’s the NFL. We’re all professional athletes. If you don’t want to get scored on, you gotta stop ‘em. Is it something I would do? Probably not, but to each his own.”

This sort of thing will really grind the gears of some in professional and amateur sports, but something tells me Belichick couldn’t care less about what any of those people think.

Double Whammy For the Jets

To add injury to the insulting performance the team produced, the Jets also lost starting quarterback Zach Wilson to what is being called a PCL strain.

Wilson is expected to miss 2-4 weeks, per Saleh who announced it in this clip posted by the Jets’ official Twitter account.

To take a monumental beatdown at the hands of your team’s most bitter rival in the same game where the future of the franchise suffers a knee injury is the definition of a tough afternoon. Still, the silver lining is that Wilson’s injury isn’t more serious.

At this point, the Jets probably need to ask themselves if it makes any sense to bring Wilson back this season as they will probably be out of playoff contention when he’s healthy. Also, the team just made a deal to bring back a veteran who might be able to make the most of his situation.

Will the Jets’ Move to Add Joe Flacco Make a Difference?

The days when Joe Flacco’s name was a needle-mover are over. Still, his experience should help the Jets run their offense efficiently.

Besides Mike White’s lack of arm talent, the Jets’ offense didn’t look horrible offensively in the second half after Wilson went down. White passed for 202 yards, a TD and 2 picks that were mostly due to the lack of zip on his throws.

It’s feasible Flacco could show up, considering he played for five games with the team in 2020, and perform decently. At this point, that might be all the Jets can hope for this season.

In Africa, foreign firms are often disconnected from local ones