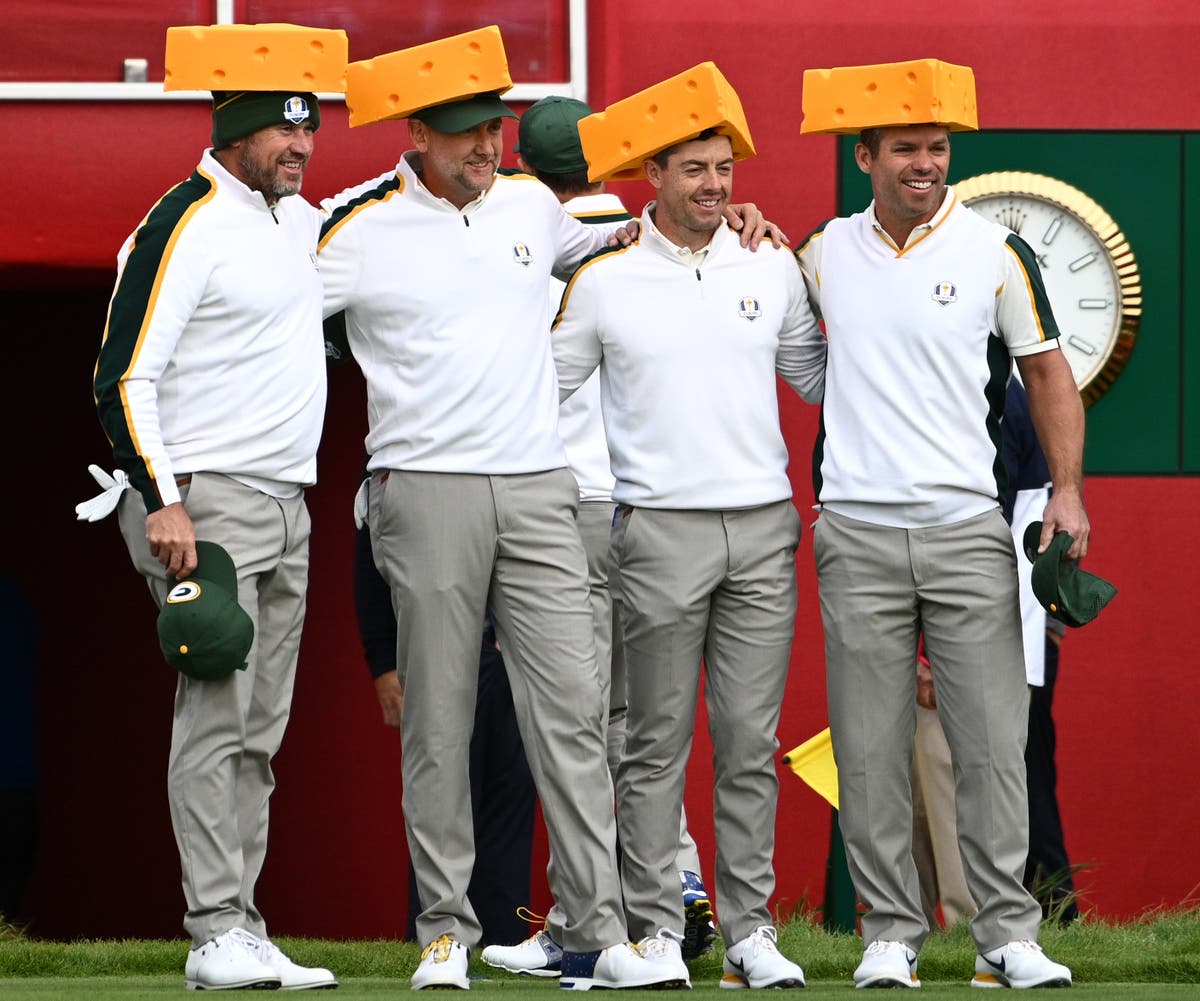 Not to be outdone by their European rivals, the United States team did their bit to fire up the crowd by giving away T-shirts at final Ryder Cup practice on Thursday.

On Wednesday the European side, who are unlikely to have much visiting support at Whistling Straits this week, appeared on the first tee wearing the colours of nearby NFL team Green Bay Packers and their fans’ distinctive ‘Cheesehead’ hats.

It was a move by captain Padraig Harrington that appeared to go down well with the home fans after much talk about the potentially hostile atmosphere awaiting the visiting team in Wisconsin.

The Americans followed their lead on the eve of the match getting under way by rousing the crowd themselves by shooting T-shirts into the grandstand from guns.

Vice-captain Jim Furyk began the fun by leading chants of ‘USA’ with accompanying actions for each letter.

Skipper Steve Stricker and Zach Johnson, another of his assistants, then arrived to fire the T-shirt guns. Some of the players, including a lively Bryson DeChambeau, also took the opportunity to shoot.