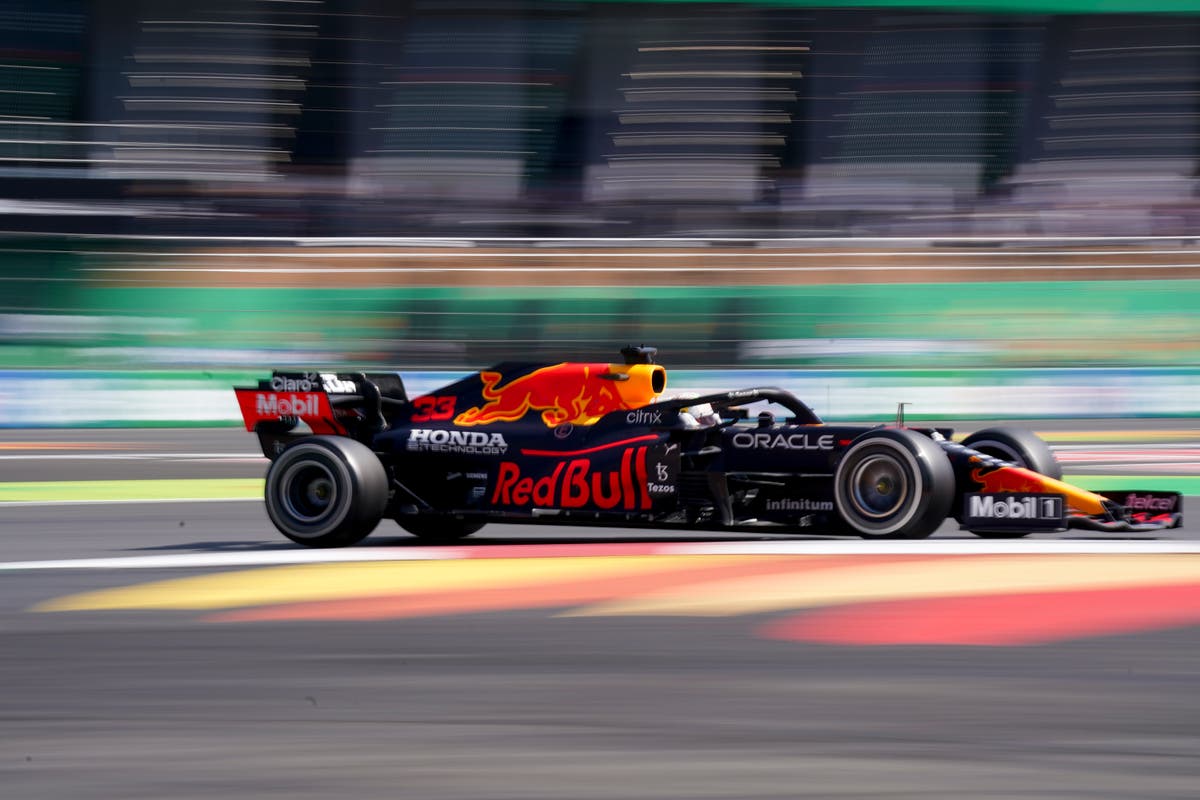 Lewis Hamilton’s dreams of a record-breaking eighth world championship are hanging by a thread after Max Verstappen outgunned his rival to win the Mexican Grand Prix.

Verstappen delivered the start of starts to blast away from third, and beat both Hamilton and pole-sitter Valtteri Bottas on the 220mph stampede to the opening corner.

Indeed, with just four rounds and 107 points to play for, Hamilton, who held off Sergio Perez in the closing stages to finish second, is now 19 points behind.

Hamilton was in disbelief that Mercedes locked out the front row here, but their hard work in qualifying was undone within half-a-mile of Sunday’s race.

Starting second, Hamilton’s reaction time might have been three thousandths of a second quicker than Verstappen’s, but Bottas allowed his team-mate’s chief rival an opening when he left the racing line unguarded.

Verstappen hardly needed the invitation, jinking out of Bottas’ slipstream.

As Verstappen on the left, Bottas, in the middle, and Hamilton, on the right, arrived for the first corner, the Red Bull racer displayed impeccable courage to stamp on his brakes so much later than both Mercedes drivers.

Verstappen launched his Red Bull at the right hander apex, before supremely hanging on to his machine through the exit. Was that the moment this championship was won?

Hamilton slotted into second, with Bottas’ nightmare start taking another sorry twist when he tripped over Daniel Ricciardo’s front wing and spun in a plume of white smoke.

Yuki Tsunoda and Mick Schumacher crashed out as they attempted to avoid Bottas. The Mercedes driver and Ricciardo stopped for repairs and the safety car was deployed. Four laps later it was back in the pits.

The Foro Sol stadium section – which houses the closing corners of the lap – was once home to baseball team, Diablos Rojos del Mexico, and Verstappen blasted his Red Bull out of the park at the restart to cross the line nine tenths clear of Hamilton.

Verstappen weaved from one side to the other along the main straight to prevent Hamilton from gaining a tow, but in truth, the Briton was never close enough to launch an attack.

By lap eight, Hamilton was already 2.5 seconds behind, and on lap 15, Verstappen’s advantage had doubled to five.

“These guys are obviously too fast for us,” said Hamilton, with Perez now starting to close in on the back of his Mercedes’ gearbox.

“Can’t pull away from him,” said Hamilton in reference to the fast-charging Mexican.

When Perez came in on lap 40, Verstappen regained the lead – his 10-second advantage over Hamilton restored.

“Let me know where they are quicker, man, where Verstappen is quicker,” said a desperate Hamilton.

But Hamilton simply had no answer to Verstappen with his Mercedes’ mirrors now occupied by the other Red Bull of Perez.

On lap 61, Perez was just half-a-second behind, with the 140,000-strong crowd roaring their man through all 17 corners, lap after lap.

However, Hamilton held his nerve to take the runner-up spot – a crushing 16.5 sec behind Verstappen – with Perez third.

And with next week’s Brazilian Grand Prix at Interlagos also expected to suit Verstappen’s Red Bull machinery, the man from Stevenage knows time is not on his side.

Is Crystal Palace vs Brighton on TV? Kick-off time and channel

Taking statins could slash your risk of dying from Covid by up to 12%, study claims