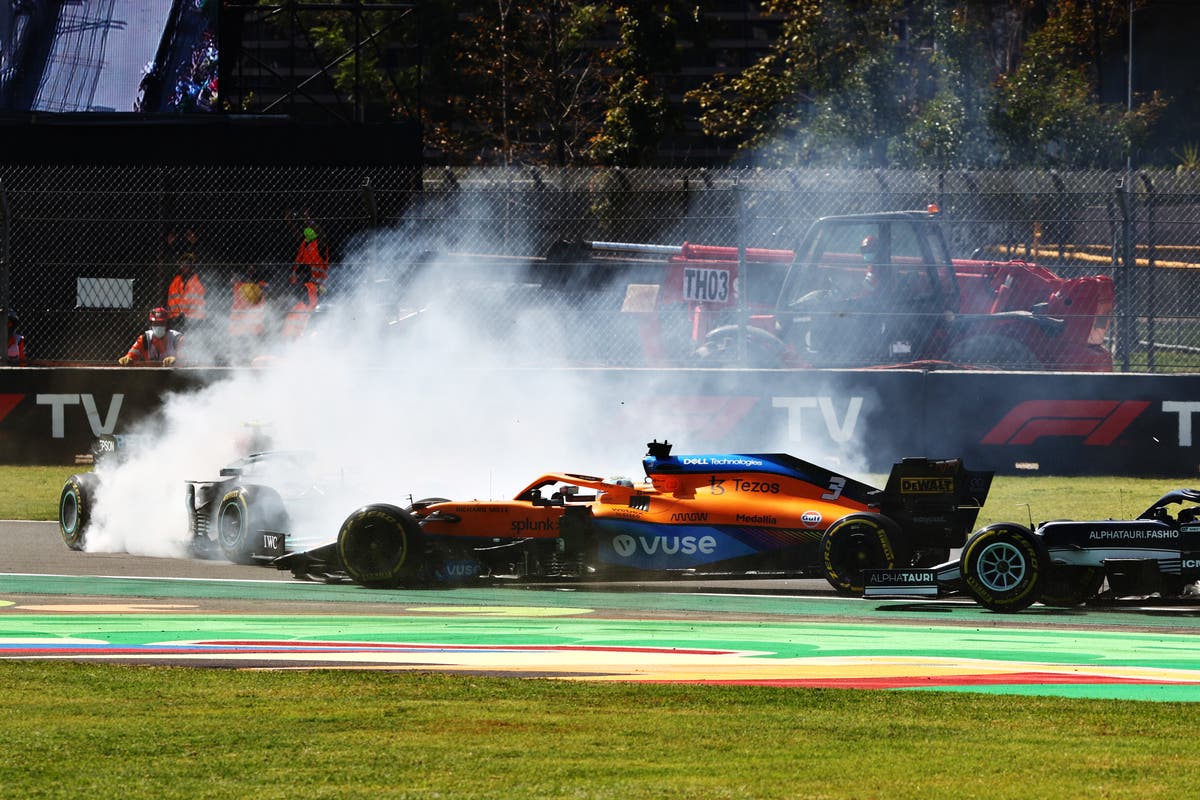 Ricciardo hit the back of Bottas’ car in the first lap which caused him to spin out. Both drivers had to pit to fix the damage caused and neither recovered enough to take points from the race.

When asked about the crash, Wolff said: “Yes, I think the stewards should have a look into it but at that point. In hindsight, it was surprising that they didn’t look at a penalty.”

Ricciardo, who won the Italian Grand Prix earlier in the season, has since apologised for the incident. He said: “I apologise to him without really seeing it but I was the one who went into him so I will say sorry for now and see if there was much I could have done or if it was simply a turn one incident and a bottleneck kind of thing.

“I still haven’t seen a full replay. The first few hundred metres down to turn one… to be honest, it is always fun here. There are so many slipstreams and it is dusty and it is kind of chaos but there is some form of fun in the chaos.”

Ricciardo and Bottas couldn’t redeem any points from the race but Max Verstappen certainly did as he took the win.

The Dutchman now leads rival Lewis Hamilton by 19 points with four races to go this season.

Patrick Cantlay leads by one from Jon Rahm at Tour Championship

Want to Build a Better Team? Stop Using the Term ‘Teambuilding’ (Especially When That’s Your Goal)