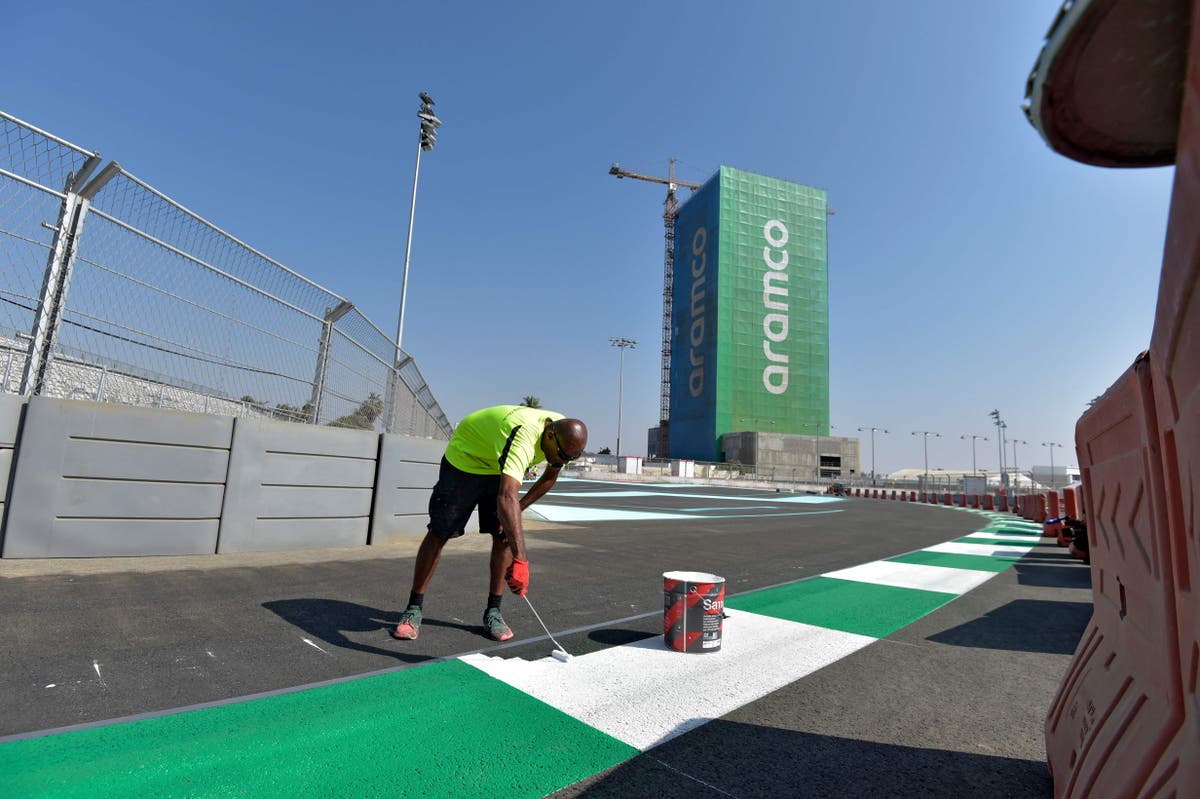 This weekend’s Saudi Arabian Grand Prix is the country’s first foray into F1 and will be the penultimate race of a thrilling season, before the culmination in Abu Dhabi a week later.

Red Bull’s Max Verstappen leads Mercedes’ Lewis Hamilton by eight points in the standings going into the final two races, but the long straights of the Jeddah Corniche Circuit are expected to play into the hands of Mercedes and their reigning champion, searching for a record eighth world title.

This week Damon Hill questioned the safety of the “high risk” track, and Horner certainly thinks it is something different to the rest of the calendar.

“We head to Saudi Arabia for their first race where the track looks insane from I’ve seen,” the Red Bull boss said. “It’s hugely fast and the first sector is like Suzuka, but with walls! It is going to be a massive challenge and I’m sure there will be plenty of excitement and drama.

“We will be watching the Formula 2 race very carefully. On paper, it looks like a power-sensitive circuit, so you’d say that tends to favour Mercedes and it looks as though they feel that way too, but you just don’t know.

“Then we go to Abu Dhabi, where in 2020 we were the first team to beat Mercedes since 2013, but they’ve changed the circuit considerably. We will be preparing as best as we can to go there and perform and see where we end up.

“Whatever happens at the end of this championship, we will know that we have given it everything we have got. The racing this year has been incredible, and the rivalry is intense, it polarises opinions, but it also draws in a huge audience, which has been wonderful to be a part of.”

The long season has been entertaining but fractious too, particularly in the spicy rivalry between Red Bull and Mercedes. Horner stressed the importance of keeping the sport in perspective as the year reaches its culmination.

“Fighting for two world championships is exactly what we’ve worked hard for. We’re going into the last few races and it’s extremely close. Max is just eight points ahead in the Drivers’ Championship and five points behind in the Constructors’, in previous years we’d have bitten your arm off to be in this position at this point in the championship.

“We want to be up at the top fighting for titles and while it has been an intense year, the pressure is something we put on ourselves. With the benefit of experience, we only worry about the things we can control, rather than the things we can’t, especially while the stakes are high.

“I have really enjoyed this championship and the fact we’ve been able to take the fight to Mercedes and Lewis, it’s been a phenomenal season to date. Some people thrive under pressure and some people shy away from it, but I’ve always felt I have performed at my best under pressure and that doesn’t feel any different to any other campaign. Off circuit there has been a bit more distraction, but when the green light comes on, everything else is insignificant.

“In F1, we are not saving lives, it is just a sport, so you have to keep some perspective on it. It’s an intense competition but there are other things that are important as well, so spending time with the family and going for a walk with the dogs, that’s how I unwind.

“People will always have their opinion on the sport and Team; however, you can’t live your life according to people’s views, you have to be comfortable with your own approach and run with it.”

Patrick Reed left out as US Ryder Cup team confirmed