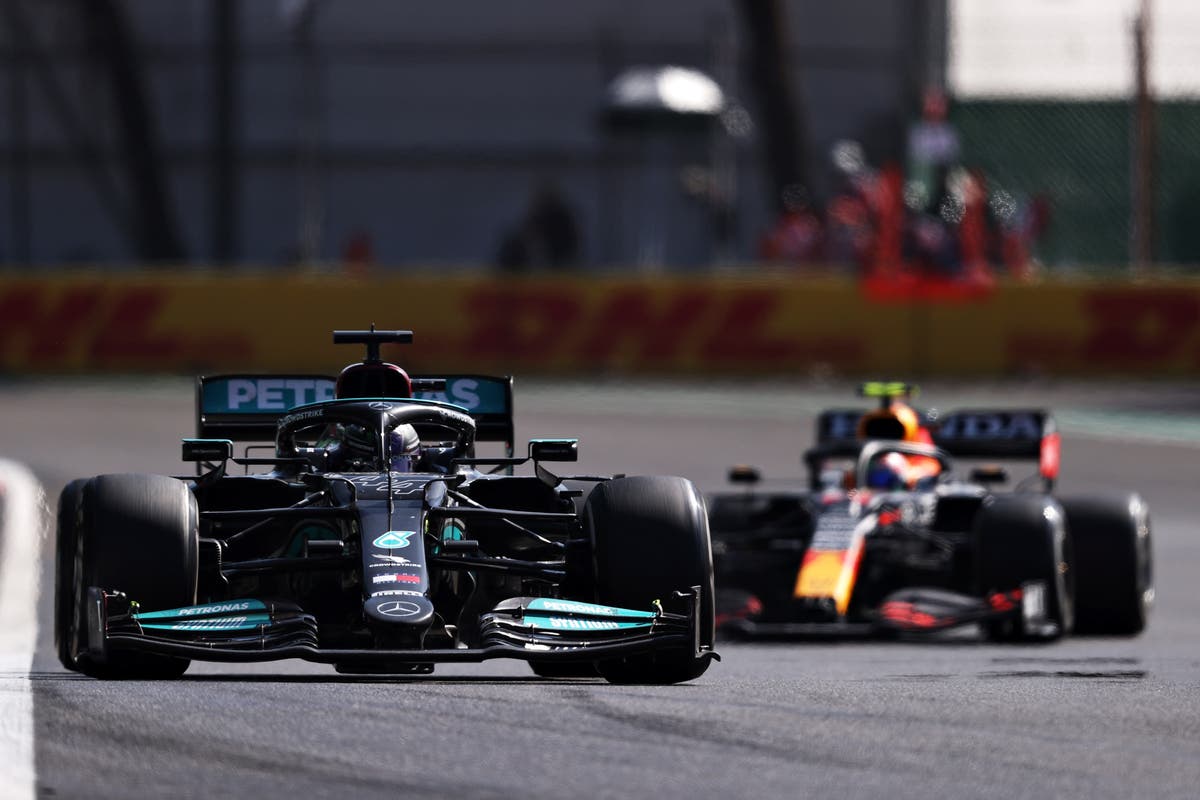 Lewis Hamilton made a dig at Sergio Perez after their battle for the podium positions at the Mexican Grand Prix.

Perez tailed Hamilton closely at the climax of the race and finished third, becoming the first Mexican to be in the podium at a home grand prix, and the crowd celebrated for their hero. Perez’s Red Bull team-mate Max Verstappen took the win to extend his lead at the top of the drivers’ championship.

Afterwards Hamilton admitted Red Bull simply had too much pace for Mercedes during the race, despite Mercedes locking out the front row of the grid in qualifying, and the reigning champion took a shot at Perez’s pace when he commented that even Red Bull’s slower driver was challenging.

“I started second and finished second, so I can’t complain,” Hamilton told Sky after the race. “[I] got a really start and I feel like I maximised it with what I had.

“But jeez, their pace, it was just unbelievable today, and there was nothing I could do to battle that – and when you’ve got Checo [Perez] on your tail, then you know the car is quick.”

Hamilton may not be complaining but the title race is slowly getting out of reach for the British driver. Verstappen’s victory took him 19 points clear with just four races to go.

And despite Hamilton having a pop at Perez it didn’t put a dampener on his historic day which he described as “incredible”.

“It’s an unbelievable day,” he said. “Of course I wanted more, I wanted to get a one-two for the team but I didn’t have a single chance to get through. I could hear the crowd coming through the stadium section, it was pretty incredible.”

1st Test: The time I walked in, I knew that ball is keeping low, says KS Bharat | Cricket News – Times of India

‘When will we get a rest? Never’ – Courtois lashes out over number of games

Sajid Javid says Christmas will be ‘great’ despite Omicron strain

7 Of The Latest Tools Business Owners Will Use in 2022

Opinion: The US must help deliver on climate finance to make Cop26 a success