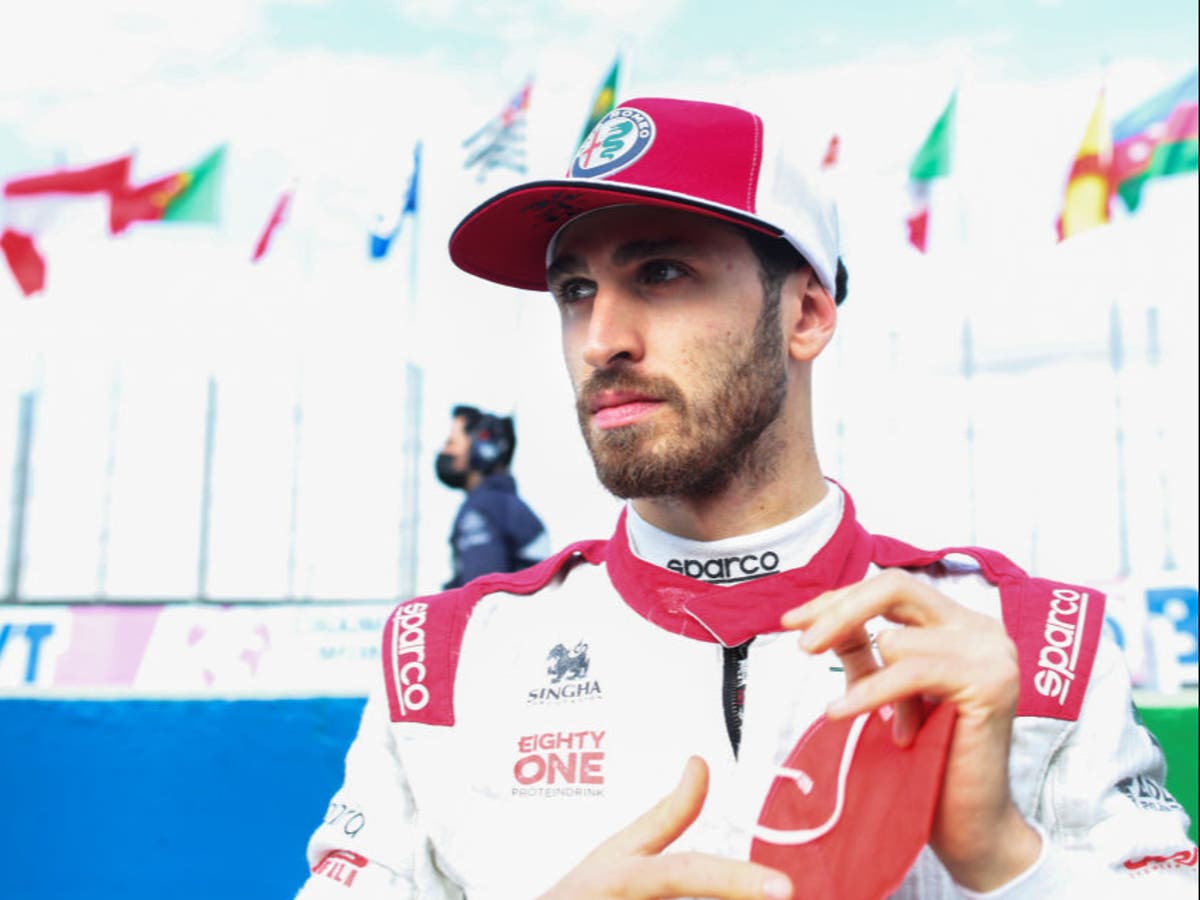 Lewis Hamilton and Max Verstappen both sent “nice messages” to Antonio Giovinazzi after the Italian lost his seat at Alfa Romeo for the 2022 season.

The 27-year-old is being replaced by the first ever Chinese F1 driver Guanyu Zhou, with teammate Kimi Raikkonen also departing for Valtteri Bottas as the former world champion retires from the sport.

The changes at Alfa Romeo mean Giovinazzi will not have a seat on the grid for next year as all the teams have now announced their drivers for the new season.

And world title contenders Hamilton and Verstappen have already spoken to him following the decision.

Speaking as a guest on RadioRai’s ‘Non è un paese per giovani’ programme, Giovinazzi said: “Both Hamilton and Verstappen have written me a nice message and they are things you appreciate because it means they follow you.

“I raced with Max in 2015 in Formula 3 and so I already knew him very well, and so they are gestures you appreciate very much.

“But not only from them, also [Pierre] Gasly, [Esteban] Ocon and [Sergio] Perez.”

Giovinazzi has picked up just one point so far this season with just two races remaining. Comparatively, Raikkonen has accumulated 10 points.

The drivers travel to Jeddah for the Saudi Arabia Grand Prix this weekend, before the 2021 campaign concludes in Abu Dhabi on 12 December.

Maybe Lack of Clarity or Mental Fatigue: Here’s Why This Youngster Must Take A Break According to Robin Uthappa

F1: ‘Everyone is trying to screw you over’ says Bottas after grid penalty

IPL Mega Auction: From KL Rahul to David Warner, Star Players Who Could Spark a Bidding War if Available

Is Brazil vs Argentina on TV tonight? Kick-off time, channel and more

England to face Afghanistan in first round of T20 World Cup

2021 was the planet’s fifth-hottest year on record