F1: Mercedes make excuses after being outfoxed by Max Verstappen 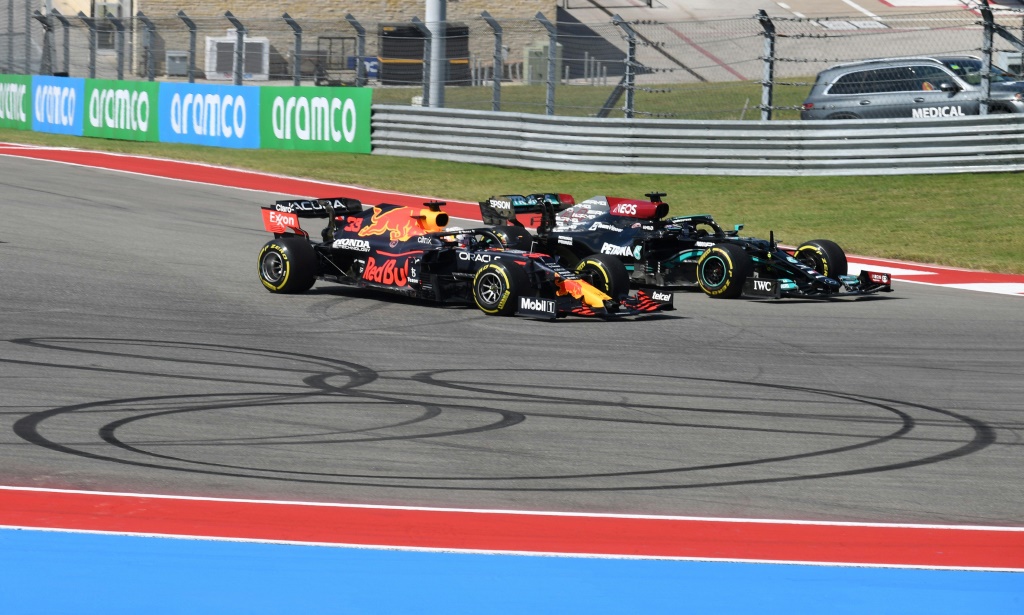 In what seems to be a case of sour grapes, Mercedes have accused Max Verstappen of “guessing” and going for broke at Turn 1 in the opening lap of the Mexico City Grand Prix. The Dutch racer overtook both the Silver Arrow cars to take the lead and record a dominant victory at the Autodromo Hermanos Rodriguez on Sunday.

Red Bull Racing were favourites to take pole position in Mexico, but a poor showing on Saturday saw them lose out to Mercedes with Valtteri Bottas and Lewis Hamilton locking out the front row in first and second respectively. Verstappen was aware of the fact that he will have a chance on race day owing to the long run down to Turn 1.

In what the Red Bull team principal called a rehearsed move, Verstappen accepted the tow from Bottas immediately after the start before pulling alongside the two Mercedes cars and then braking late to go around the outside and emerge in the lead after Turn 2.

Mercedes were left shell shocked and it resulted in both Toto Wolff and Hamilton accusing Bottas of “leaving the door open” for Verstappen to make a move. Although, the reigning world champion has clarified his remarks and thrown his support behind the Finn.

However, Mercedes motorsport strategy director James Vowles has called out Verstappen for his move at Turn 1 suggesting that it was just the Dutch driver “hoping for the best” by taking the wide line and out-braking the two Mercedes cars. The move clearly looked like the Red Bull driver outsmarted the two drivers in front of him, especially since they offered him the racing line, which allowed him to brake very late.

“If you saw Verstappen’s comments afterwards it is quite clear he was going in there guessing and hoping for the best and it worked out for him,” Vowles said, as quoted on Planet F1.

“Verstappen’s start being good meant he was alongside Valtteri very, very quickly. The result of that is they ended up three wide incredibly quickly and early on during the run down to Turn 1,” he added. “Now it was just a question of braking. Valtteri wasn’t on the optimal line, nor was Lewis.

The grip on the right side of the track was not as good as the racing line, which was occupied by Verstappen. It gave the Dutch racer ample time to out brake the two Mercedes cars and emerge comfortably in front.

Verstappen extended his championship lead over Hamilton to 19 points with four races remaining in the season. The next outing is at the Sao Paulo Grand Prix in Interlagos, Brazil this weekend, where Hamilton will be keen to reduce the gap despite the Red Bulls arriving as the favourites once again.

Top England players could boycott Ashes Down Under in view of strict bubble life: Report | Cricket News – Times of India

Graeme McDowell: ‘The Ryder Cup is like the back nine at a major times 10’

Everything you need to know ahead of the T20 World Cup

‘Not Easy for NZ to Play a World Cup Final, Then Turn Up Three Days Later’-Rahul Dravid

‘Getting Into The Groove’: Virat, Rohit Practice Together In Nets Before Afghanistan Clash – WATCH

If we perform in Asian Cup, it might help us do better at WC qualifiers: Renu

Striking difference between neurons of humans and other mammals

14 of The Simpsons’ most uncanny predictions