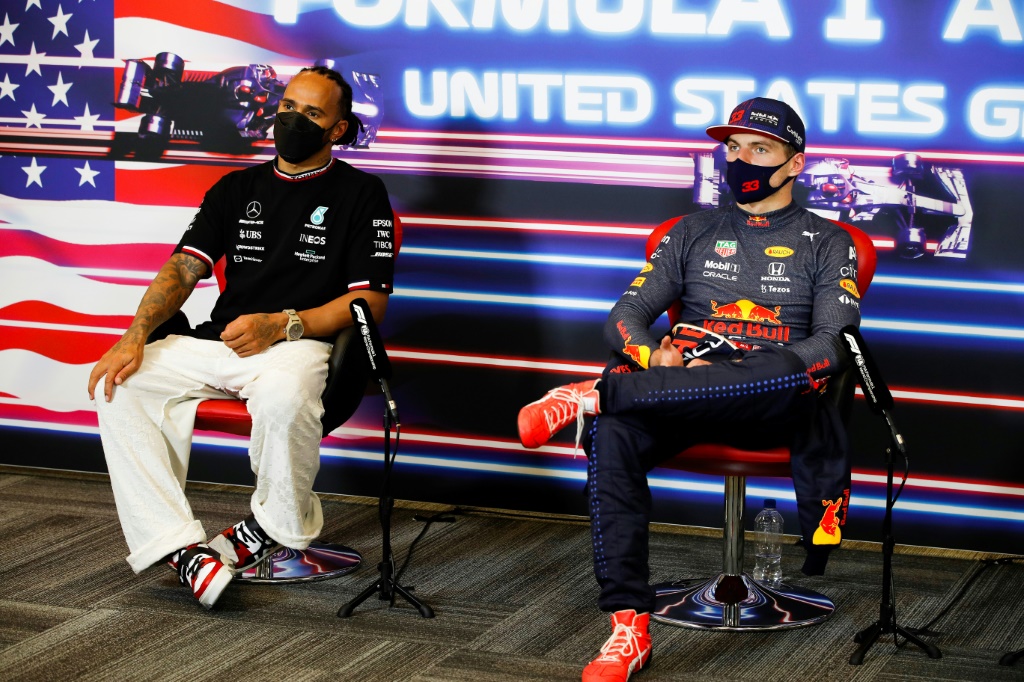 Max Verstappen remains unfazed despite facing a potential retrospective punishment for his on-track incident with Lewis Hamilton at the Brazilian Grand Prix last weekend. “It’s not the end of the world” was the Dutchman’s comment when asked about the ramifications if the stewards do decide to accept Mercedes’ Right to Review request.

The Silver Arrows were livid when Verstappen was let off without a penalty after they alleged that he had driven Hamilton off the track on Lap 48 when the Briton attempted an overtaking manoeuvre for the lead of the race. At the time, the FIA race stewards warranted no investigation but Mercedes have requested a review after submitting new footage which was not available at the time.

The stewards were expected to make a decision on whether the review was accepted on Thursday, but have deferred their decision to Friday with all the teams currently in Doha for the Qatar Grand Prix. Verstappen believes there should not be a change in the decision from Sao Paulo, as it was simply hard racing between the two title contenders.

“It’s not the end of the world,” Verstappen said, as quoted on F1.com. “But again I don’t expect that to happen because I thought it was fair, hard racing between the two guys who are fighting for the championship. So it wouldn’t have been anyway an easy pass, because that’s not how I am and I don’t think how it should be when you’re fighting for the title.”

The Dutchman, who currently leads the championship by 14 points from Hamilton, admitted that he would do the same if the situation arises again in the remaining three races. Verstappen also questioned if Hamilton would have made the corner owing to the speed in which he was travelling to get the overtaking move done.

“Yes. As a driver I think we know exactly what we can or cannot do in a car, and we were fighting hard, braking late into the corner, the tyres were quite worn. If I would have turned more abrupt to the left, you’d just spin off the track,” the Red Bull Racing driver added.

“I think we both braked late, so it would have been very difficult to make the corner. But it’s always afterwards, isn’t it? It’s difficult to know,” Verstappen said, questioning Hamilton’s position going into the move.

If the stewards do accept Mercedes’ Right to Review request, there is a possibility that they could hand Verstappen a five second penalty, which would see him demoted to third place. A demotion will see his lead in the championship reduced to 11 points, while Mercedes will increase their lead in the Constructors’ Championship.

‘The Covid-19 Stuff Hit, I Got Injured And it Just Dragged Out’: James Pattinson Opens Up On His International Retirement

Easwaran’s ton, Panchal’s 96 take India A to 308/4 against South Africa A | Cricket News – Times of India

How Rivian became second-most valuable carmaker in the US