Former LA Laker, All-Star ‘Name to Watch’ as Dubs Round out Roster 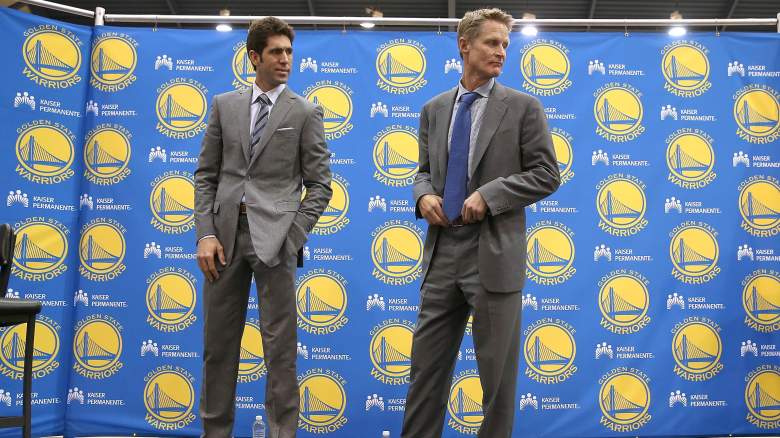 The Golden State Warriors only have one roster spot yet to fill but the possibilities appear almost endless, from former All-Stars to fringe G-Leaguers hungry to prove themselves.

Perhaps the premier name on the list of players to watch for the 15th opening on the Dubs’ bench is former Los Angeles Lakers center Marc Gasol. The three-time All-Star and one-time Defensive Player of the Year (DPOY) severed ties with LA and is currently situated in Spain as he contemplates what is likely the last act of a long and illustrious career.

Anthony Slater, who covers the Warriors for The Athletic, broke down Golden State’s options for the 15th roster spot in an article published Thursday, September 16, including why Gasol might make a good deal of sense there.

“Marc Gasol is a name to watch. He just wiggled his way away from the Lakers and, according to an ESPN report, plans to remain in Spain while sorting out the next (and perhaps last) phase of his playing career,” Slater wrote.

“Gasol nearly signed with the Warriors last summer — and might have done so had Thompson not ruptured his Achilles before free agency,” Slater continued. “It may never materialize, but he has the exact passing acumen and center skill set that has traditionally fit (head coach Steve) Kerr’s offense best, similar to David West and Andrew Bogut.”

Gasol has appeared in three All-Star games over the course of his 13-year career. He was named DPOY for the 2012-13 season as a member of the Memphis Grizzlies, and contributed significantly to his sole NBA Championship, captured with the Toronto Raptors in 2019.

During his time with the Lakers last season, Gasol played in 52 games. He averaged 5 points, 4.1 rebounds and 2.1 assists, according to Basketball Reference.

There is no Rush for Gasol to Sign in Golden State

Slater went on to explain that there is no pressing need for Gasol or the Warriors to make an immediate decision, as the roster spot can be used in different ways until early 2022 before the Dubs would be in a position where they had to go one way or another.

“Remember when Bogut jumped on board a title chase in March a couple of years back? If Gasol gets the midseason itch and sees a path to playing time on a Warriors team that will have Thompson back, there’s a roster spot that can be cleared,” Slater explained. “If any type of bidding war commences, the Warriors do have a taxpayer midlevel they can still offer, if they can stomach the tax bill.”

“That goes for any buyout candidate, center or otherwise.”

GettyGary Payton II, of the Golden State Warriors, brings the ball up the court against the Orlando Magic during the 2021 NBA Summer League at the Thomas & Mack Center on August 9, 2021, in Las Vegas, Nevada. (Photo by Ethan Miller/Getty Images)

Slater said that Gary Payton II is the leader in the clubhouse to claim the Warriors’ final roster spot, though the margin is thin and there is a long way yet to go before the job is definitively his.

Payton appeared in 10 regular season games for Golden State last season and with the Warriors summer league squad in Las Vegas. Slater described the son of Hall-of-Famer Gary Payton as a favorite of many in the organization.

After parting ways with Kelly Oubre Jr. and Kent Bazemore this offseason, Payton offers some defensive length on the perimeter not readily available on the Dubs’ roster as currently constructed.

“The way they play and the way I play, I feel like it’s the perfect fit,” Payton told Slater. “(Steph Curry) will have the ball, so I just gotta cut, make the right plays, hit open shots and continue to play defense.”

Golden State is also planning to workout former All-Star Isaiah Thomas and have recently held workouts for Darren Collison and Ryan Arcidiacono, as the Warriors consider all their options before NBA regular season play begins on October 19.

Slater said no decision, permanent or otherwise, on the 15th and final roster spot in Golden State should be expected before next month.

Bryson DeChambeau out early on day three of the Open

Sunil Chhetri’s secret: Do the same thing, every day