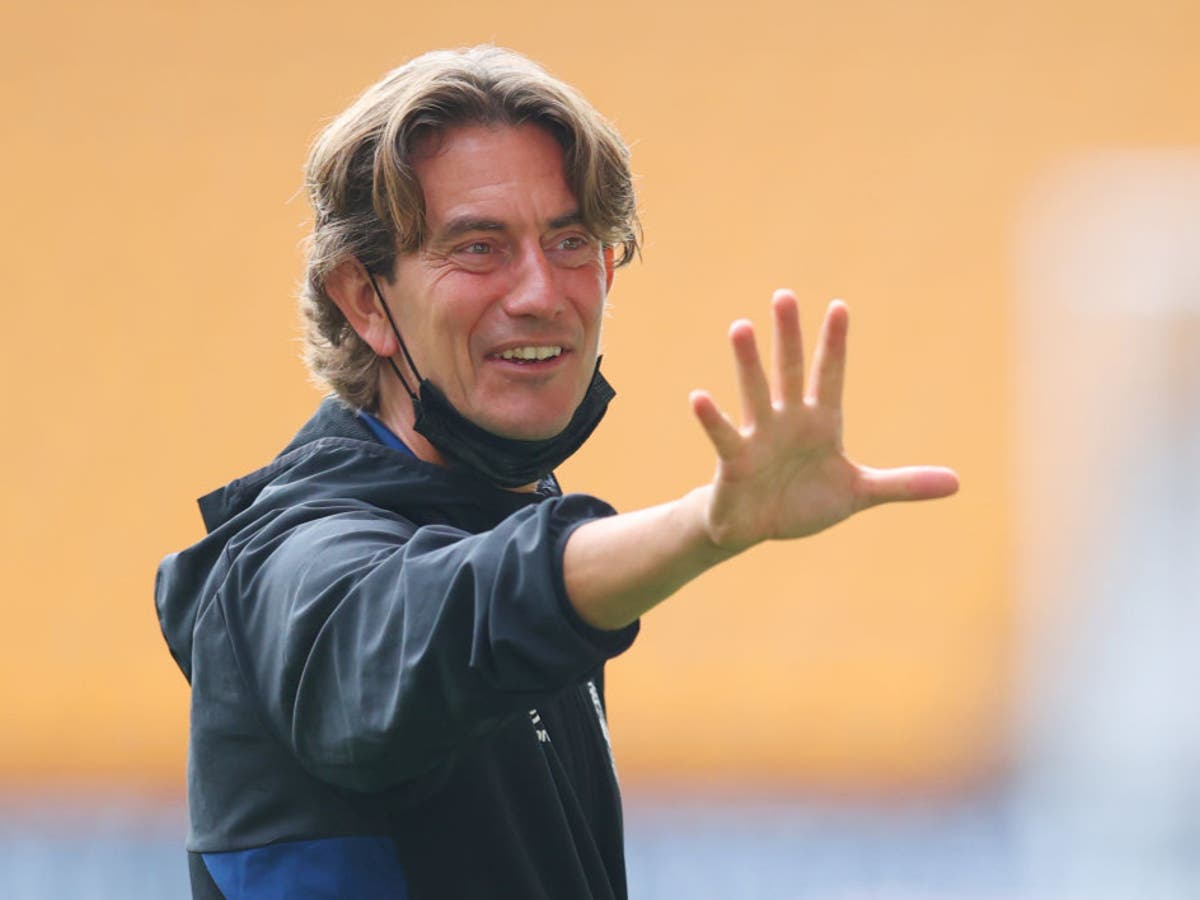 Follow all the action as Wolves welcome Brentford to Molineux for Saturday’s early Premier League kick-off.

Bruno Lage’s side finally kickstarted their campaign with a 2-0 victory away at Watford last weekend, ending a run of three straight defeats. Wolves had been handed a tough start with Leicester, Tottenham and Manchester United as their opening games of the season – all of which were decided by a single goal. It will be interesting to see whether Wolves can grow in confidence following their victory at Vicarage Road as they have played well so far but been wasteful in front of goal.

Meanwhile, Thomas Frank’s Brentford side have made a positive start to life in the Premier League with five points from their first four matches. It would have been easy for the Bees’ level to drop off after that sensational opening day victory over Arsenal. But they battled to draws against Aston Villa and Crystal Palace, before being sucker-punched at the death by Brighton last weekend. Brentford will have to overcome the weight of history, though, having failed to beat Wolves in their last four attempts in the Championship. Follow all the action live below:

Teh teams make their way out onto the pitch at Molineux. England’s Conor Coady leads out the home side. This should be a close contest and the opening goal may decide the winner.

10 minutes to go until kick off. The warm ups are over and the we’re almost ready to go at Molineux. Who’s coming out on top today? Can Wolves make it back-to-back league victories? Or will Brentford earn their first top-flight away win since 1947?

Brentford’s most recent top-flight away win was 2-1 at Leeds United in April 1947. It’s a long time wait for supporters, can the Bees get that victory today?

Brentford’s six goals in all competitions this season have been scored by six different players. Thomas Frank will be hoping that Bryan Mbeumo and Ivan Toney can replicate their form from last season sooner rather than later.

Bruno Lage’s side attempted 69 shots before scoring their first goal of the season last Saturday via an own goal by Watford’s Francisco Sierralta.

They are third behind Liverpool and Manchester City for most shots taken this season despite only scoring two goals.

Wolves are averaging 17.8 shots and five shots on target per game in the Premier League this season, more than in any other campaign in the division.

Brentford’s 15-match unbeaten league run was ended by Brighton last weekend and the Bees are hoping to bounce back against Wolves today.

A clean sheet would ensure Brentford become the first side since Everton in 1992 to only concede twice in their first five matches in the Premier League.

But, at the other end of the pitch only Norwich have had fewer shots on target in the Premier League this season than the nine by Brentford.

Their 2-0 win at Watford last weekend ended a run of six straight league defeats for Wolves. However, they could lose a fourth consecutive home league fixture for the first time in nearly five years if Brentford are victorious today.

Wolves’ eight Premier League home defeats in 2021 is the most among the division’s current teams.

Wolves boss, Bruno Lage, has been pleased with his team’s performances this season but they have only won one game out of the four they’ve played. The biggest for Lage is trying to turn those good performances into points. He said:

“I never saw a team during the week that didn’t do the right things. The consequences of what we did during the games comes from training during the week. That’s the one thing I don’t compromise on from anyone.

“We start the first two or three days, we work on the little things we have to improve, and in the end, Wednesday, Thursday and Friday, the things we have to do to win the next match. The next game is the most important for us, we need to do it like we did last week.

“We want the players to arrive in the position to create more chances, we want to press in a different way, we want to improve every time. Every time after a game, during the week we try to improve. The next step is to have a good week of training and continue with the same process, continue to grow up as a team.”

Brentford boss, Thomas Frank, spoke in the build-up to the game about Wolves, their quality and how he plans to handle the game. He said:

“Defensively we need to be good; we need to press well, low and high. Wolves’ biggest threat for me is their half and big transitions with the massive pace of [Adama] Traore, [Francisco] Trincao, and [Raul] Jimenez. Their two midfielders are fantastic on the ball. Those transitions are where we need to be bang on if we want to get anything from the game.

“We are going to Wolves who are a very good side and are well established in the Premier League. I faced them as an Assistant Manager four years ago and I thought they were brilliant under Nuno. Bruno Lage has kept the momentum going.

“They only have one win from four but, for me, looking through the four matches, they were closer to winning two of the three matches than losing them. Against Leicester City, Tottenham Hotspur, and Manchester United, all top six teams I would say, they performed very well and were very unlucky.

Wolves are unbeaten in the last four league meetings between the teams. Their most recent encounter ended in a 3-0 win at Molineux in January 2018.

Brentford’s solitary victory in five away league games against Wolves this century came in the Championship in October 2015, they’ve also drawn once and lost three times away from home.

None of the 10 top-flight meetings between these teams have been drawn, with both sides recording five wins apiece.

Brentford boss Thomas Frank says he is not worried by his side’s lack of goals and insisted “we’re not Manchester City or Chelsea”.

The newly-promoted Bees have made a solid start to life in the Premier League with five points from their opening four matches.

However, they have scored only one goal in their last three games and managed just nine shots on target so far, pushing strike duo Ivan Toney and Bryan Mbeumo into the spotlight.

Barcelona may have identified manager’s replacement

I feel there is a larger role to be played by centre, states, NSFs: Anurag Thakur | More sports News – Times of India