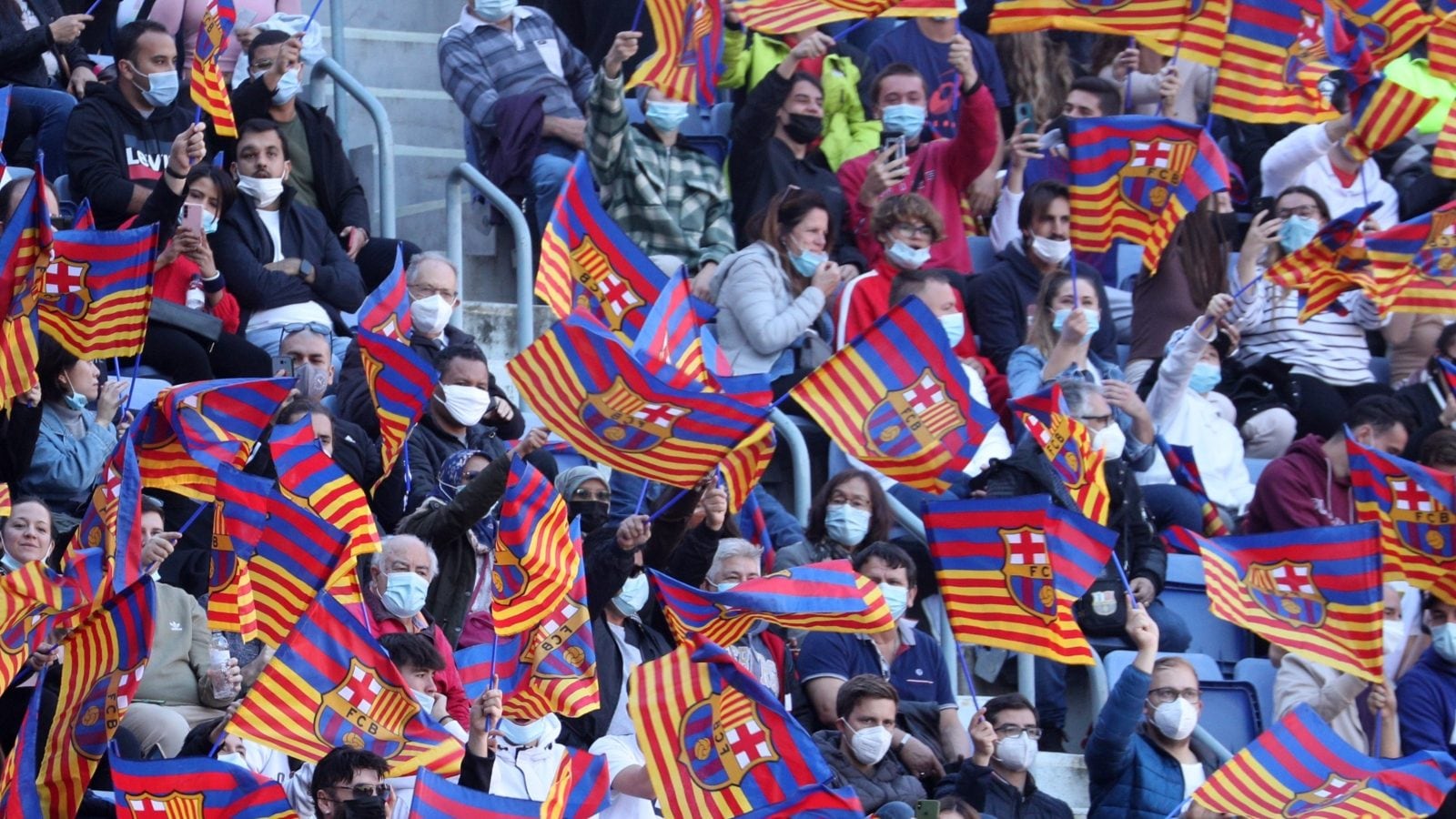 When Claudia Riumallo Pineda wakes up, it does not take her long to know where she is. From her bedroom window she can see the Johan Cruyff Stadium inside Barcelona’s Ciutat Esportiva training ground, where she dreams of one day playing for the women’s first team. She is on the right track. The 18-year-old is one of nine trailblazers who this season became the first female players to enrol at La Masia, Barca’s famed football academy and proving ground for the likes of Lionel Messi, Andres Iniesta and Xavi Hernandez. Since its opening in 1979 as an old house next to Camp Nou, La Masia has never had female residents. But the women’s team has been knocking on the door for a long time, with Barcelona Femeni winning the Champions League, Liga Femenina and Copa de la Reina last season.

“This year they have given us La Masia, which is a gift,” says Claudia, who for years had to travel an hour by car from her town of Girona just to be able to train with girls.

After playing for local rivals Espanyol, she now represents Barca B and in the afternoons studies chemistry at university.

Shaken by financial crisis and the unexpected departure of Messi, most of the good news around the club these days comes from the women’s team.

As well as last season’s treble, Barca’s captain Alexia Putellas was chosen as UEFA’s best player of the year and is now also nominated, along with four teammates, for the Women’s Ballon d’Or.

“It’s a huge responsibility because we are the pioneers but it’s also nice to know that you are one of the first women to go to La Masia,” says Laura Coronado, an 18-year-old goalkeeper.

Coronado’s photo, like that of the 105 others at La Masia spread across the club’s five professional sports, now hangs in the reception of the more modern complex that took over from the original in 2011.

Gavi, the latest gem of the men’s team, arrived when he was eleven years old and continues to live there. The 19-year-old Ansu Fati is also a former resident.

“The good thing we have at this club is the mirror is very clear,” explains Markel Zubizarreta, sporting director of Barcelona Femeni. “We just have to look at the men’s side to see what we have to aim for.”

FROM STRENGTH TO STRENGTH

In the corridor heading towards the games room is another reminder: a mural on the wall in tribute to the game between Levante and Barca on November 25, 2012.

It was another win that contributed to Barca winning the title that year but also a milestone for La Masía, after Barcelona had 11 homegrown players on the pitch, not to mention the coach, the late Tito Vilanova.

At that time it was difficult to imagine how the female team could find breathing space at a club where the men’s team was so dominant — but the wonen’s game continues to go from strength to strength.

In 2020, there were 77,400 licensed female players in Spain, 7.2 percent of all the federated footballers, according to statistics from the Ministry of Sports.

“There are many things that are still missing, such as professionalisation in the League,” says Coronado.

“We know the salaries are not going to be equal, but we would like to be able to live more comfortably from football, and that’s what we’re fighting for.”

Spain’s Ministry for Sport approved the professionalisation of La Liga Femenina in June but negotiations to see it through are proving complicated.

Like many of her generation, Barca defender Jana Fernandez started out playing with boys.

At six years old, she convinced her parents to let her join her local team and, now 19, she has already won the treble. But the road has not been easy.

“I try to remind the girls who are at La Masia now to take advantage as much as possible because I would have loved to be here,” explains Fernandez, who combines professional football with a career in advertising.

Women’s sport has taken a big leap in recent years, but there is still work to do.

“We want to fight to get more and more for those playing now,” says Fernandez. “And for those that are still to come.”

Will be in Royal Challengers Bangalore Till The Last Day of my IPL: Virat Kohli

Bulls Guard Talks How He Ended Up in Chicago, Lakers’ Lowball Offer

Wolves vs Man United live stream: How to watch Premier League game online and on TV