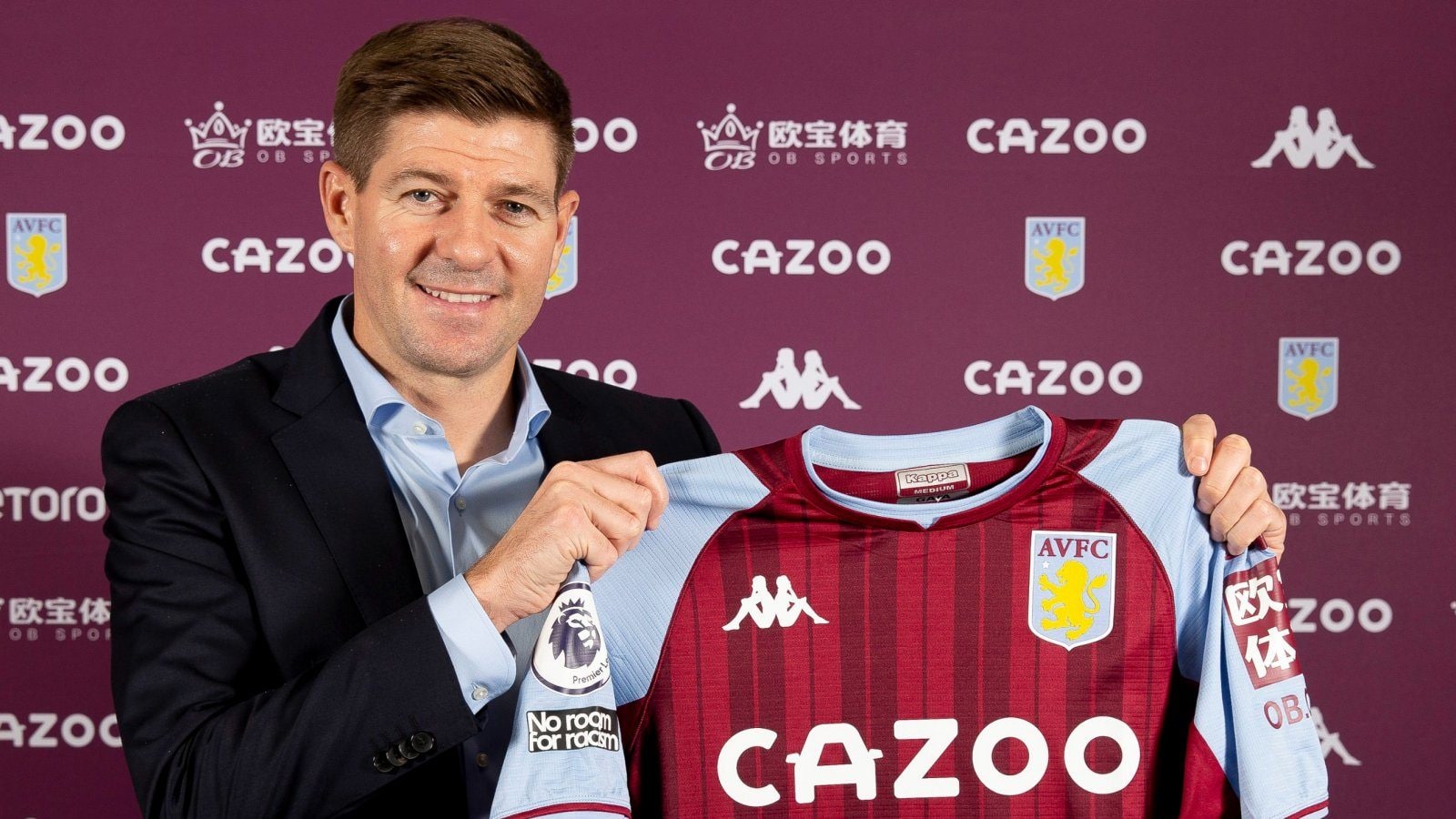 Premier League club Aston Villa, on Thursday named Liverpool Legend Steven Gerrard as their new manager. The former Liverpool captain has left his role as Rangers boss to take the reins at the club, who have lost five straight Premier League matches.

Gerrard guided Rangers to a first Scottish Premiership title in 10 years last season, finishing the campaign undefeated in the league.

“The board of Aston Villa are delighted to appoint Steven as our new head coach,” said CEO Christian Purslow.

“He then took the brave decision to test himself in the intense and high pressured environment of the Scottish Old Firm. His subsequent achievement in winning the Premiership title with Glasgow Rangers really caught our eye as did his experience in Europe.”

Gerrard is considered one of the greatest players in Premier League history, scoring 186 goals in 710 appearances for Liverpool.

However, this will be his first taste of management in the English top-flight.

“Aston Villa is a club with a rich history and tradition in English football and I am immensely proud to become its new head coach,” said Gerrard.

“It was apparent how ambitious their plans are for the club and I am looking forward to helping them achieve their aims.”

Villa are 16th in the Premier League after picking up 10 points in their first 11 games.

The former Liverpool captain has reportedly signed a 2.5 years contract with the Birmingham-based club.

Steven Gerrard will take on Premier League high-flyers Brighton in his first game as Aston Villa manager on Saturday, November 20. Villa face Crystal Palace a week later, followed by Manchester City on December 5 and then visit to Anfield, once Gerrard’s home on December 11.

With Inputs from AFP

Bryson DeChambeau out early on day three of the Open

Indian football team gears up for SAFF Championship in Maldives