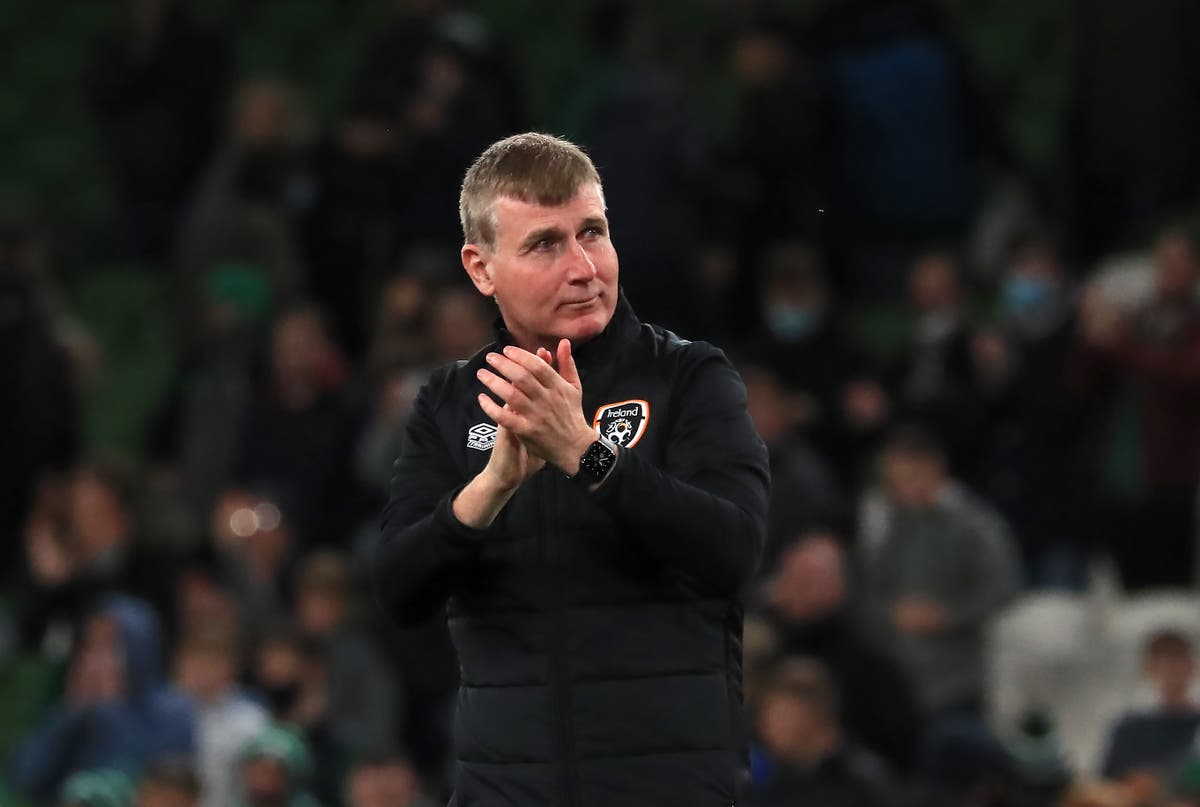 Ireland host the former European champions in a World Cup qualifier in Dublin on Thursday evening still smarting from their 2-1 defeat in the reverse fixture in September in which they led 1-0 with a minute of normal time remaining.

Kenny’s men will hope to turn the tables in front of a full house at the Aviva Stadium – the first time that has been allowed under Covid restrictions since the manager took charge – but knows his team cannot afford to be carried away by what is certain to be a lively atmosphere.

He said: “It is important that we bring calm to our play and bring a level of composure to our play. We need to have that element of calm in our play even when we are pressed high.

“Portugal will press us high because they are actually very good at that. Regardless, we must have the courage to play out. We must not be fearful in that regard.

“We can bring calm to our play and ensure that we give ourselves the option that whoever is in possession, that they have the required number of options.

“Your movement off the ball has to be of a high level. You have to play with intelligence and try to have some sort of control on the game. Hopefully we can get a cutting edge after that.

“We have to earn the right to do that first and establish some sort of control.”

Ireland, who have a doubt over defender Andrew Omobamidele, go into the Group A fixture with their qualification hopes over and already casting an eye towards the forthcoming Nations League and Euro 2024 campaigns.

Kenny insisted last month that his sights had always been on the Euros since he replaced Mick McCarty at the helm in April last year, and midfielder Jeff Hendrick too admitted the view within the squad has turned to the longer term as a result of the extensive changes the new manager has instigated.

“We’ve got new managerial staff and coaches. They were bringing through the younger players, which had to be done really to freshen up the squad.

“It’s been a real learning process for the whole group, getting to know each other, improving and changing our style of play. Hopefully we can take that on to the next campaign.”

Tiger Woods Posts Short Video Of Him Swinging A Wedge

Virat Kohli to step down as India T20 captain

Bats, butterflies and bumblebees threatened by an ‘extinction catastrophe’