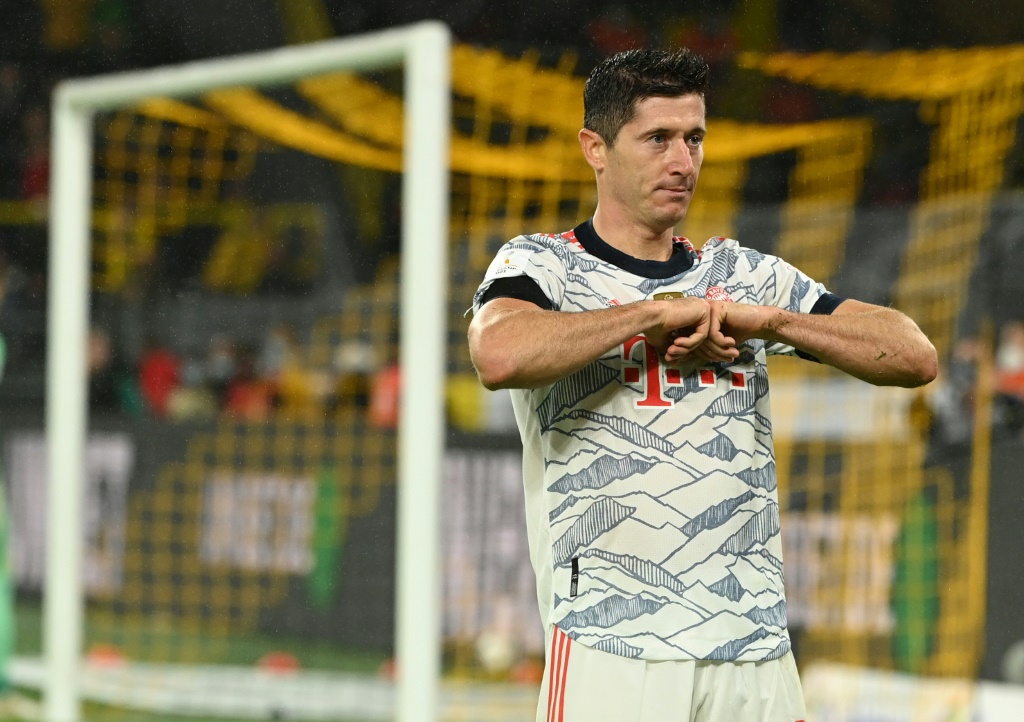 Robert Lewandowski is expected to emerge as a major transfer prospect next summer, with the striker reportedly seeking a change of scenery after having decimated the German Bundesliga scoring records in recent seasons. Manchester City have emerged as a potential destination with the striker’s agent suggesting a reunion with Pep Guardiola.

The Etihad Stadium outfit have been on the market for a striker since the departure of Sergio Aguero this summer. City made an audacious £100 million plus offer for Tottenham Hotspur forward Harry Kane, but were told that the England international was not for sale.

Lewandowski was also on the shortlist in the summer, but Bayern Munich made it clear that the Poland international was not for sale. The 33-year-old has won every major club trophy during his time with the Bavarian giants and is now said to be seeking pastures new, with the English Premier League said to be top of his list.

According to German publication Sport Bild, the player’s agent has indicated that he could join the reigning English champions and reunite with former boss Guardiola at the Etihad Stadium. Lewandowski will not be short of suitors despite his advanced age, owing to the forward’s prolific goal scoring exploits in recent campaigns for Bayern.

Moreover, Lewandowski has made it clear that he has no intention of hanging up his boots any time soon. The Polish marksman sees himself playing at the highest level for at least the next four years, making him the perfect candidate to fill the void left by Aguero in Guardiola’s squad.

“I’m in good shape physically and have the right mentality,” Lewandowski said, as quoted by the Daily Mail. “I can play for many more years, I’m sure at least four more years. And then I will see, maybe I can raise the bar even higher.”

Lewandowski’s current contract runs until the summer of 2023. Bayern are open to keeping the player beyond his current deal, but are in no hurry to accelerate contract talks with the Polish forward and his representatives, which gives interested clubs an upper hand in the negotiations next summer.

‘You Can Beat But Can’t Break Us’: Lewis Hamilton Clarifies Comments on Mercedes Teammate Valtteri Bottas

Bangalore Hold On to Third Spot