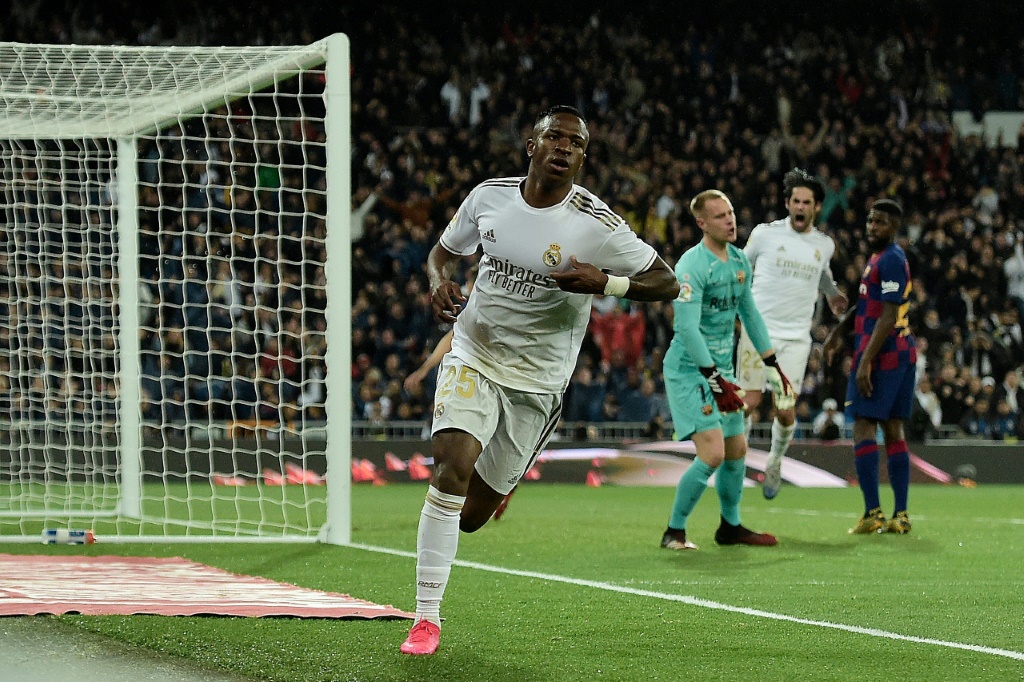 Vinicius Jr. has been hitting the headlines constantly for the past several months thanks to his stellar performances on the pitch for Real Madrid this season. However, while sports media outlets have been busy reporting about his goals, the tabloids have also been abuzz.

The young Brazilian has been observed making advances towards Mexican singer and social media star Kenia Os for the past few months. However, despite his massive success on the pitch, Vini appears to be hitting the crossbar when it comes to Kenia.

The pouty Latina has been publicly interacting with the 21-year old Real Madrid forward, but she has always been clear that they are only friends. In a recent post, she benched Vini straight to the “friend zone” once more even after he made a clearly romantic gesture.

In her Instagram stories, Kenia shared a video of a massive bouquet of red, white and pink roses. The blooms were arranged in a circular bouquet with a heart pattern on the front. Kenia tagged the player with a heart emoji, but fans pointed out the numerous times she responded to him by saying “Thank you, friend.”

He has been commenting in many of her posts, and while she does not ignore him, she always makes sure to call him “friend” when she replies.

According to Mediotiempo, she also denied rumours of a romance during a Q&A with fans. When asked about the status of the relationship, she said: “I get a lot of questions about this lol…No, we are friends. He is very nice to me and is an incredible person. We have a lot of fun together, we are both crazy but we are just friends, people!”

With the latest romantic gesture from the 21-year old Real Madrid star, it remains to be seen if Kenia will eventually have a change of heart. For now, even though he is off-target in his love life, Vinicius is at least hitting the back of the net consistently on the pitch.

AFC U-23 Asian Cup Qualifiers India vs Oman LIVE Streaming: When and Where to Watch Online, TV Telecast, Team News

Dana Fight Destroys Athlete: ‘Faking That You Had COVID’

Former Ryanair and BA cabin crew reveal what life was like at 38,000ft