PSG fail to shine on Europe’s night for underdogs 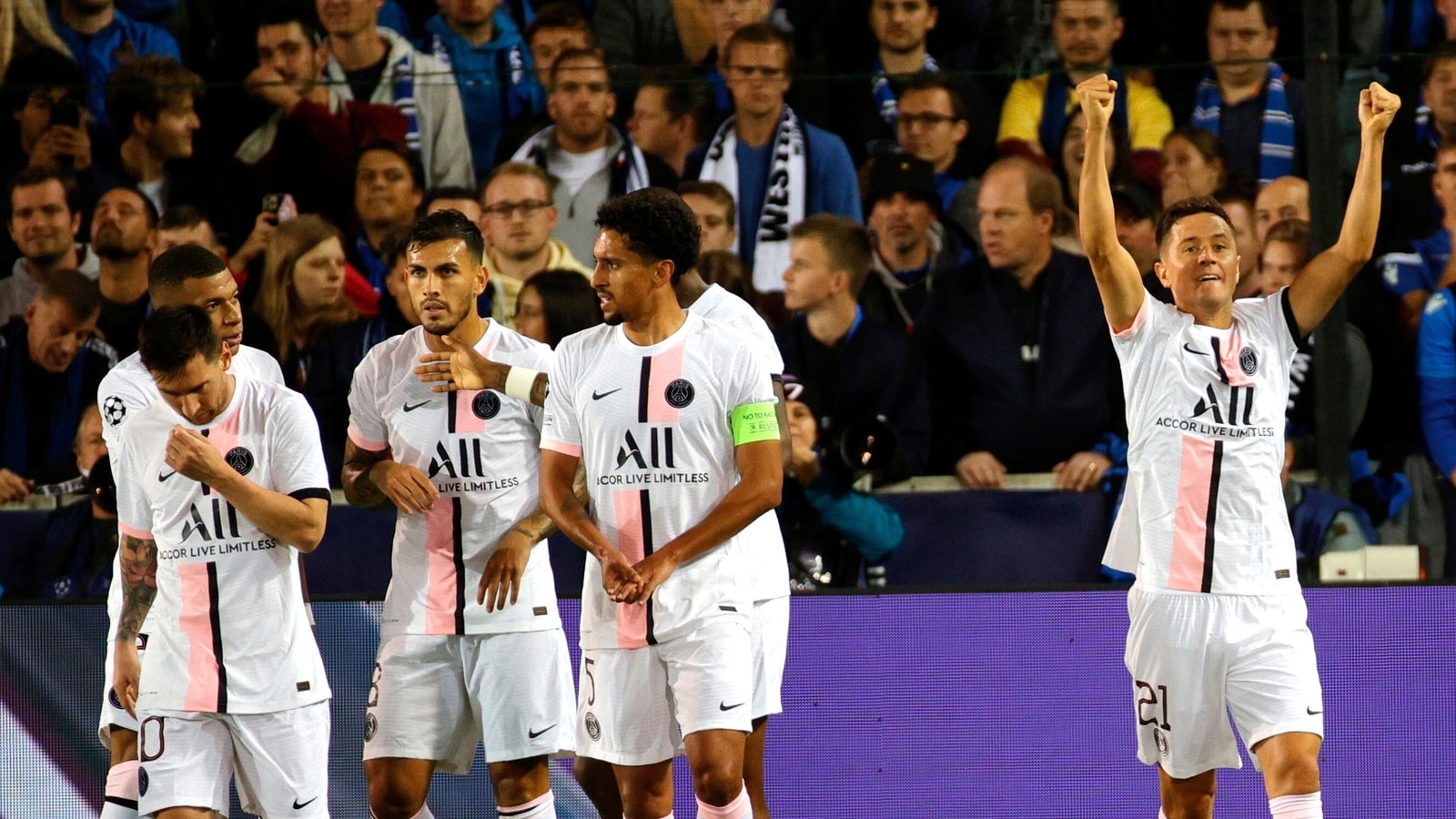 On successive nights, Cristiano Ronaldo lost and Lionel Messi didn’t win. This is not to suggest that their magical powers are on the wane, rather the opposite. Even when they have ordinary games, like in Europe this midweek, they score or hit the crossbar, get shots on target (two for Ronaldo, one for Messi), make successful dribbles (3 for Messi, according to SofaScore.com) and key passes (3 for Messi).

That explains why Paris St-Germain (PSG) and Manchester United signed them even when neither was initially deemed necessary. Why would United need another attacking player when they had Edinson Cavani, Anthony Martial, Marcus Rashford, Mason Greenwood and had just signed Jadon Sancho? With Angel di Maria more than capable of cutting in from the right and midfielders such as Georginio Wijnaldum, Julian Draxler, Marco Verratti capable of carrying the ball forward, PSG looked sorted without Messi. Neither is known for pressing. According to FBREF.com both are in the bottom 1%, preferring to conserve energy for more creative pursuits. But when two of the greatest of this generation—if not all time—are available, clubs that can, will buy. Need Messi or Ronaldo? Is that even a question?

So their return to the Champions League in different shirts was a much-awaited thing. One whose sheen got taken away by two relatively obscure teams. Club Brugge haven’t got out of the group stage since Europe’s top club competition came to be called the Champions League in 1992-93 and Young Boys have qualified for only the second time. Hours before Brugge held PSG 1-1, Moldova’s Sheriff stunned the more experienced Champions League team Shakthar Donetsk 2-0. Brugge, Young Boys and Sheriff are among the 32 teams from 15 countries who for one game have defied the ever-widening chasm between football’s haves and have-nots.

Theirs is not the profile that encouraged formation of a closed Super League—an idea that, ironically, got nicked first not by traditional clubs but by one backed by a state (PSG) and another owned by an oligarch (Chelsea). The reformatted Champions League from 2024 will mean more games, 10 instead of the minimum six, for the elites to discourage a breakaway competition but it still gives a chance for teams to create a football equivalent of what Emma Raducanu did at the US Open. Or the fairytale run of newbies Sao Caetano who made the final of the 2002 Copa Libertadores.

The odds remain low on the usual suspects from Europe’s top five leagues making the quarter-finals. But it does not eliminate the possibility of great upsets—think Panathinaikos qualifying for the round of eight (2002), Porto winning in 2004 and Ajax coming within seconds of a final berth before being knocked out on away goals in 2019.

“In Champions League, not always does the best team win,” Messi had said on the day of his unveiling in Paris last month.

“I believe in an improved Champions League, but not in the rich stealing what the people created, which is nothing other than the most beautiful sport on the planet,” Ander Herrera had said in April.

At the Jan Breydel Stadium on Wednesday, it was Herrera and not the trident of Messi, Kylian Mbappe and Neymar who put PSG ahead in the 15th minute. Dragging an Mbappe delivery and shooting with his left foot in one smooth motion, this was Herrera’s fourth goal in as many games and the double of what he scored in 70 previous club games, according to OptaJoe. The only other goal happened at PSG’s end. Hans Vanaken scored in the 27th minute, off a delivery from Eduard Sobol after Charles de Ketelaere’s run had dragged away the central defenders. A sumptuous Messi left-footer thudded into the framework but because PSG were slack in defence and not sharp in front, Brugge took control largely due to the industry and skill of De Ketelaere, Noa Loang and Vanaken. By then, the more famous attacking trio had been broken with Mbappe injured in the 49th minute. Despite 36% possession, Brugge had seven shots on target to PSG’s four. That Brugge’s Philippe Clement made only one substitution to PSG’s four, showed which team was more settled.

“We need time for them to get to know each other,” Mauricio Pochettino, the PSG coach, said. “We have to improve and find the right balance, I said that before, but we must stay calm.”

The balance and the familiarity, to say nothing of PSG’s strength in depth, could come when the teams meet next, on December 7. You could say that for United and Shakhtar’s return-leg ties too. Till then, savour the sense of being surprised because that is what makes sport so compelling.

ECB is braced for ‘more challenging discussions’ over Ashes tour

How long has Kimi Raikkonen been in F1 and who will replace him at Alfa Romeo?

Ankita Konwar opens up on past trauma, husband Milind Soman showers love on her – Times of India

Does anyone actually understand inflation?