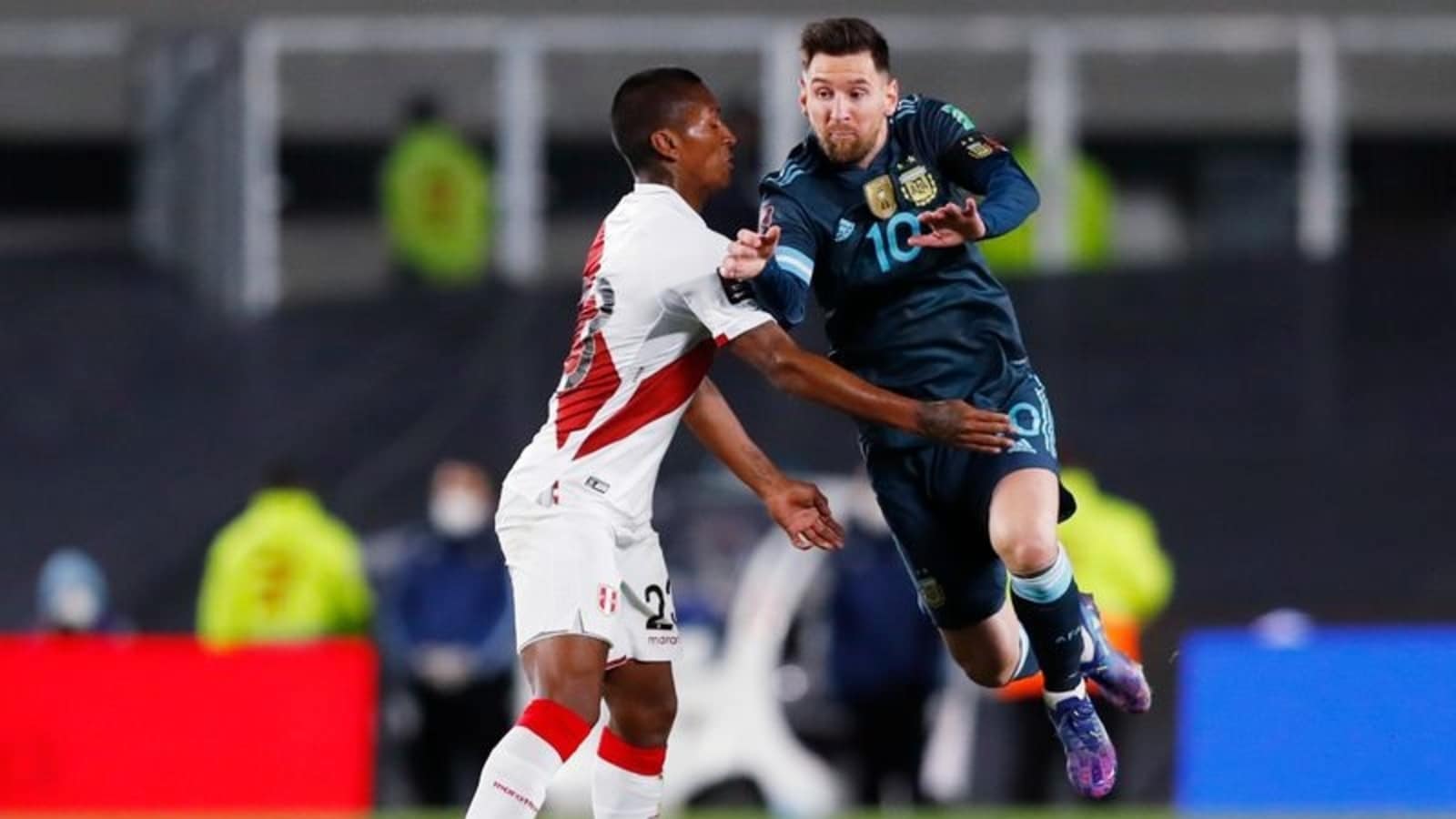 Trailing to a first-half goal from Lautaro Martinez, Peru had a golden opportunity to level the score when substitute Jefferson Farfan was brought down in the box 19 minutes into the second half as he attempted to round keeper Emiliano Martinez.

Peru missed a second-half penalty in a 1-0 loss to Argentina in Buenos Aires on Thursday, delivering another blow to their hopes of qualifying for the 2022 World Cup.

Trailing to a first-half goal from Lautaro Martinez, Peru had a golden opportunity to level the score when substitute Jefferson Farfan was brought down in the box 19 minutes into the second half as he attempted to round keeper Emiliano Martinez.

However, Yoshimar Yotun’s penalty clipped the bar as the visitors fell to a seventh defeat in 12 qualifiers.

“Those that take penalties are the great players and the rest is luck,” said Argentine goalkeeper Martinez.

The win saw Lionel Scaloni’s side move on to 25 points, six behind leaders Brazil, who beat Uruguay 4-1. The top four qualify automatically for Qatar 2022 and the fifth-placed side goes into an inter-regional playoff.

Argentina deservedly took the lead three minutes from halftime when Martinez glanced a header into the roof of the net.

Peru fought valiantly in the second half but there was no way back after the penalty miss and Argentina had a second goal from Guido Rodriguez ruled out two minutes from time.

Earlier on Thursday, Bolivia won their second game in a row to keep their chances of reaching a first World Cup since 1994 alive with a 4-0 win over Paraguay in La Paz.

Rodrigo Ramallo, Moises Villaroel, Victor Abrego and Roberto Fernandez scored to lift the home side on to 12 points, the same as Paraguay, who missed a penalty with the score at 1-0.

Ecuador remain third on 17 points after a 0-0 draw at Colombia, who are a point and a place behind. Colombia’s Yerry Minas thought he had scored with the last kick of the game but it was disallowed for handball.

Kane Williamson, a Cricket Superstar Unlike Any Other

‘No way I would go to Ashes’: Pietersen calls for lifting of COVID restrictions in Australia | Cricket News – Times of India

US Open: Ram and Salisbury pick up men’s doubles title

Emma Raducanu announces split with coach after US Open victory

There was no such pressure on Virat Kohli, it’s all about workload: Madan Lal | Cricket News – Times of India

What the world wants to wear: Map shows how Zara is everyone’s favourite fashion brand in 2021