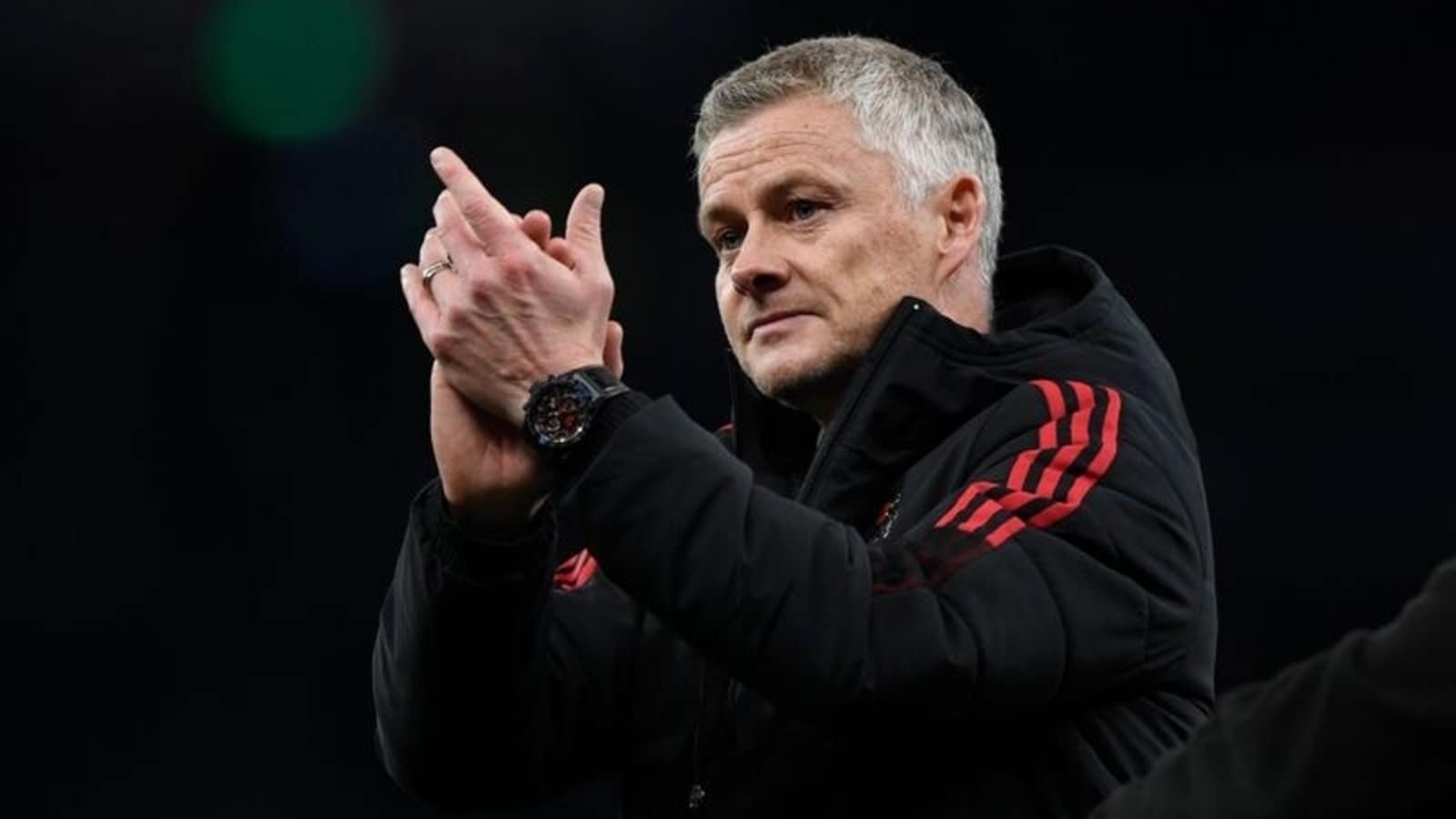 After all those doubts about his future at Manchester United, Ole Gunnar Solskjaer achieved what Pep Guardiola and Jürgen Klopp couldn’t do on Saturday: Win in the Premier League.

It just needed United to face a Tottenham side devoid of any attacking ingenuity that allowed Cristiano Ronaldo and Edinson Cavani — with a combined age of 70 — to both score before Marcus Rashford netted.

After collecting one point from four games, the 3-0 win in north London will give Solskjaer some breathing space even though United is still eight points from first place.

“Of course this week has been a difficult one for the players, fans they haven’t been happy,” Solskjaer said. “The experience came through.”

Particularly from the 36-year-old Ronaldo, who got on the end of a high ball from Bruno Fernandes and peeled away from defender Ben Davies before netting from a first-time volley across goal in the 39th minute. Ronaldo turned provider for Cavani, who clipped in the second in the 64th before Rashford came off the bench and produced a curling strike.

“I hope this time we have changed the page,” Ronaldo said. “Everyone knows his role in the team, it’s not only the coach that many point out (for criticism), it’s the players as well.

“I believe that something happened for a reason and we have to be happy for this amazing afternoon, we win 3-0 in an away stadium against a difficult team and we are so pleased for that and happy.”

Rather than Solskjaer feeling the heat — United fans were back singing “Ole’s at the wheel” — the Tottenham supporters were booing their team and chanting at manager Nuno Espirito Santo: “You don’t know what you’re doing.”

“The booing and disappointment of the fans is understandable,” Nuno said.

Chelsea was able to extend its lead at the Premier League summit to three points with a 3-0 win at Newcastle secured by a double from Reece James and Jorginho’s penalty.

Klopp’s second-place Liverpool threw away a two-goal lead to draw 2-2 at home to Brighton.

Defending champion Manchester City is two points further back after Guardiola’s 200th league game in charge of the club ended in a 2-0 home loss to Crystal Palace.

The Arsenal revival continued with a 2-0 win at Leicester putting the north London club behind United on goal difference in sixth place.

While Liverpool is the last unbeaten side, Guardiola’s City has another loss to add to the opening game of the title defense against Tottenham.

Hopes of recovering from Wilfried Zaha’s sixth-minute goal were hit when City had Aymeric Laporte sent off in first-half stoppage time for bringing down Zaha when he was the last man. Gallagher added a second goal on the break in the 88th.

“Unfortunately it went wrong in many, many things,” Guardiola said, “and we lose the game.”

Mohamed Salah failed to score for the first time in 11 games for Liverpool, but Klopp’s side still looked like easing to victory when Jordan Henderson and Sadio Mane scored inside the first 24 minutes.

But then Brighton came the closest of any opponent in six months to ending Liverpool’s 24-match unbeaten run.

Enock Mwepu curled in a long-range shot in the 41st and Leandro Trossard equalized in the 65th after collecting a pass from Adam Lallana before having a late goal disallowed.

“In the second half I was not overly happy with the body language of some and that’s never helpful,” Klopp said. “I don’t want to take anything away from Brighton, I respect what they did, but today was the day when we could have given them a proper knock and we didn’t.”

Arsenal opened the league with three losses but is unbeaten in the seven games since then. The Gunners wrapped up the win at Leicester inside 18 minutes with Gabriel Magalhaes and Emile Smith Rowe both scoring.

The clean sheet was protected by Arsenal goalkeeper Aaron Ramsdale making a stunning save, tipping wide Kelechi Iheanacho’s curling shot and leaping across his line to palm a free kick by James Maddison onto the crossbar.

Burnley got its first win of the league season by beating Brentford 3-1 to celebrate Sean Dyche’s ninth anniversary as manager. All the Burnley goals came in the first half at Turf Moor, with Chris Wood firing in the opener after four minutes before Matt Lowton’s header and a strike from Maxwel Cornet.

Che Adams clinched Southampton’s first away win in the league since last season in March, curling in a shot for a 1-0 victory at Watford.

Watford remains without a home win since the opening day of the season and is three points above the relegation zone. Southampton is a point better off.

‘Won’t be easy for Bayern to win the league’, says Claudio Pizarro ahead of high-voltage clash against Dortmund