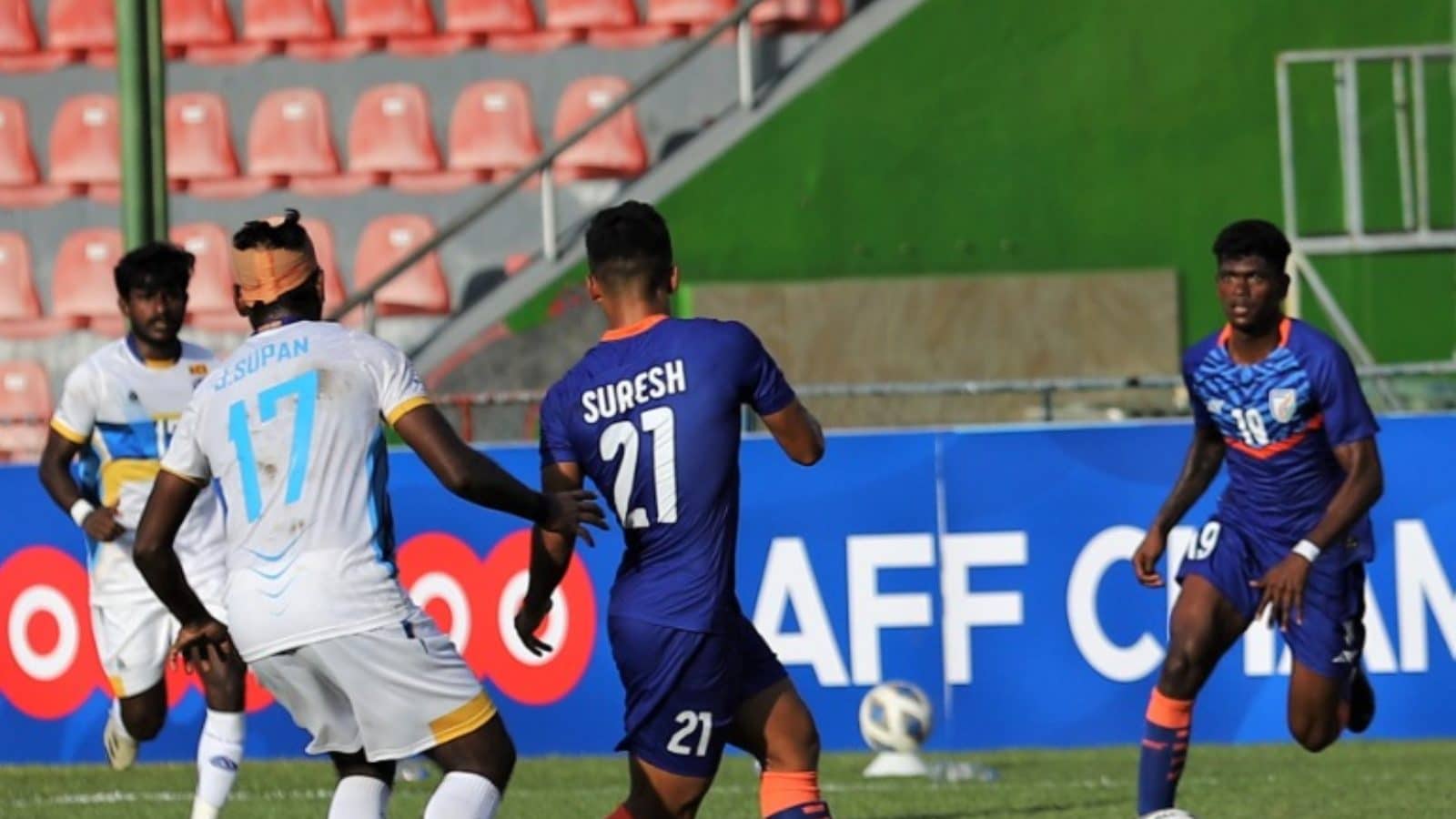 Indian football team captain and prolific goal-scorer Sunil Chhetri said ahead of the SAFF Championship final here on Saturday that Nepal may not have an extraordinary player like Maldives’ Ali Ashfaq in their ranks, but the side more than makes up for it with great teamwork.

Chhetri scored two goals in a 3-1 win against Maldives on October 13 to set up a final clash against Nepal here on Saturday (October 16). Ashfaq scored a consolation goal for the hosts.

“They (Nepal) may not have an extraordinary player in their ranks like an Ali Ashfaq in their ranks. But as far as attacking and defending are concerned, they do it as a team. They have been the best team that plays as a team in this Championship — they fight as a team,” said Chhetri.

“We have played them thrice since September and they are extremely compact as a team and it’s not going to be easy. But we have become better and better as games have gone by, and in the final we have to be at our best. We pulled our socks up after the first two games and now it is time to finish the job. But the job is not yet done,” added Chhetri.

India started on a sedate note, drawing against Bangladesh and Sri Lanka before beating Nepal by a solitary goal and then scoring an emphatic win against hosts Maldives.

Chhetri said that following the two goalless draws the morale of the side was low and the seniors had to do a lot of motivational talking.

“Generally, the senior ones make sure that they calm the whole situation. When you have a team with a lot of youngsters, and if the mood and tempo go down, they may not be able to perform to the best of their abilities. The manner in which we lost two points in the first two matches wasn’t an ideal start.

“What was good was that the (seniors) likes of Gurpreet, Kotal, Bheke, Subhashish started talking and mixing with the juniors to make sure the mood didn’t deteriorate. After all, it was easy to get into that vicious circle where you could have started to doubt each other. They made sure that there was a bit of banter, plenty of good vibes, some leg-pulling and the mood changed,” added Chhetri.

Chhetri conceded that the results in the last few international assignments hadn’t been consistent with the efforts put in by the side.

“The results haven’t been great and the first ones who should take the blame are us — the players. I can give you examples of five games which we should have not drawn, or lost. When you lose 0-1 against Qatar in Doha with 10-man, you take it. But then you lose the lead against Afghanistan to draw 1-1. We should have won against Bangladesh at home after drawing Qatar in Doha.

“I am not demeaning any opponent but we should have also won handsomely against Sri Lanka (here). The amount of chances me and Manvir missed is not acceptable. We can’t be that volatile. Take for example the match against Maldives (here). The manner we played against Maldives in Maldives in front of a packed stadium wasn’t easy. But how do you compare it with the manner we played against Sri Lanka (goalless draw)? We need to be more consistent.”

“We’ve given ourselves a good chance to qualify for the Playoffs,” says Delhi Capitals’ fast bowler Kagiso Rabada

The Must Have Resume Feature for Fall 2021: Employees’ Vaccination Status

Why You Should Keep Your Eyes On Silver’s Trading Range