‘Mumbai City FC are the club who can help me’: Apuia opens up on European ambitions after association with City Football 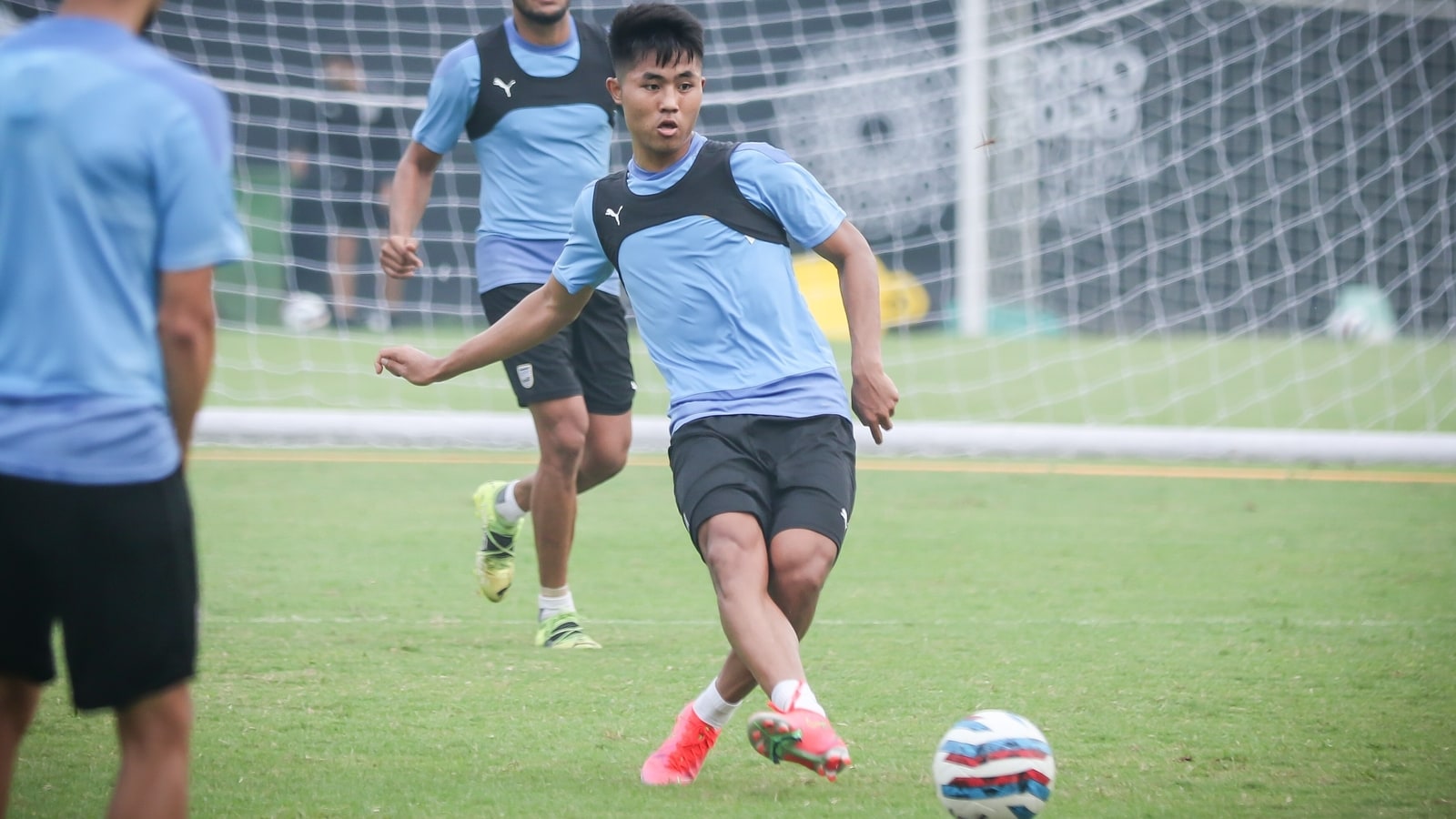 Ever since bursting into the scene when he became the first footballer from Mizoram to be part of India’s U-17 World Cup squad, Lalengmawia Ralte, popularly known as Apuia, has not looked back, striving towards success with every passing day.

The defensive midfielder finished the 2020-21 campaign as the emerging player of the season. The fans saw him fire a screamer against Kerala Blasters, a goal if going by standards can be deemed as good, if not better, than the famous Vincent Kompany strike against Leicester in the Belgian’s final days at Manchester City.

Now the 21-year-old is part of the elite City Football Group (CFG) and continues to impress with his passes and agility at his new club Mumbai City FC, the reigning champions of ISL.

Sharing his thoughts on the journey, which took off in the muddy terrain in Mizoram to now becoming a record transfer, fetching 16.66 million (INR) as per the evaluations done by transfermarket.co.in, the midfielder described it as “tough” but is content with what he has achieved in the significant period.

“It was a tough journey. When I used to play in I-League, I was not getting game time. In the first ten matches, I was a substitute before making a debut on the eleventh. Then after playing two seasons for Northeast, I played for the national team. And now in Mumbai, the best club in India, everything feels perfect,” Apuia told Hindustan Times in a telephonic interview.

The youngster asserts that it is just the beginning, adding the objective behind the switch from Northeast to Mumbai is mainly to boost his ambitions to play in Europe.

“Mumbai is a club that will always fight for trophies and the AFC Champions League. Getting associated with the City Football Group was also very important since I aim to play outside India, and they are the club who can help me,” explained Apuia when asked about his switch, despite receiving immense support at his former club.

‘Not thinking to be Captain’

Apuia holds the record of being the youngest footballer while playing for Northeast United last season. But the 21-year-old said his focus at the moment is on his game and wants to keep any thoughts regarding captaincy aside, be it national or club.

Asked what it felt sharing the pitch with legendary Sunil Chhetri, the 21-year-old hailed the current Indian skipper’s discipline, which he believes has helped India’s number 11 continue despite the age. Chhetri is 37 and leads both India and Bengaluru FC.

“He’s a legend, everyone’s favorite, and the main reason he’s still playing is because of his discipline. What he is eating, sleeping time, training, recoveries, everything about him is very professional. He’s also a good mentor, who always wants to help the young players and wants Indian football to improve,” shared Apuia.

‘Football is more about the brains’

Apuia, who averages around 5ft10, has burst the myth of football being a sport only for the physically strong. The 21-year-old cites examples of former Barcelona midfielders who revolutionised the game despite lacking muscle power but considers Manchester United forward Cristiano Ronaldo an exception in this regard.

“It’s important to have a strong leg and body, but at the end, football is played with the head. The body is just a machine that is working and the most important part is your brain. If you look at Sergio Busquets, Pirlo – one of the best midfielders. Iniesta, Xavi too except Ronaldo. The best players like Neymar don’t have big muscle, which means the most important thing is your head.”

“If you can run at the same speed as anybody else and you can anticipate whom to pass before you get the ball, that is more important,” the midfielder said.

The ongoing season of ISL has implemented a new rule, making it mandatory to have seven Indian players on the pitch at all times. Apuia asserts the modification as “an important step for Indian football.”

Explaining how it shapes the future of Indian football, the 21-year-old said, “it’s going to be eleven Indian players more on the pitch compared to the previous season,” referring to the total number of teams in ISL.

“If you don’t play matches or tournaments, training doesn’t help you a lot. So having more competitive match time is always going to help Indian football. It will help all the players who are not getting enough chance and there will be more chances for the substitutes too,” the 21-year-old added.

Venus and Serena: Watching King Richard was a surreal experience

Bryson DeChambeau’s hands ‘wrecked’ as he prepares for Ryder Cup

Rupee slips 13 paise to 74.19 against US dollar in early trade – Times of India

Happy Valley to return for third and final series in 2022