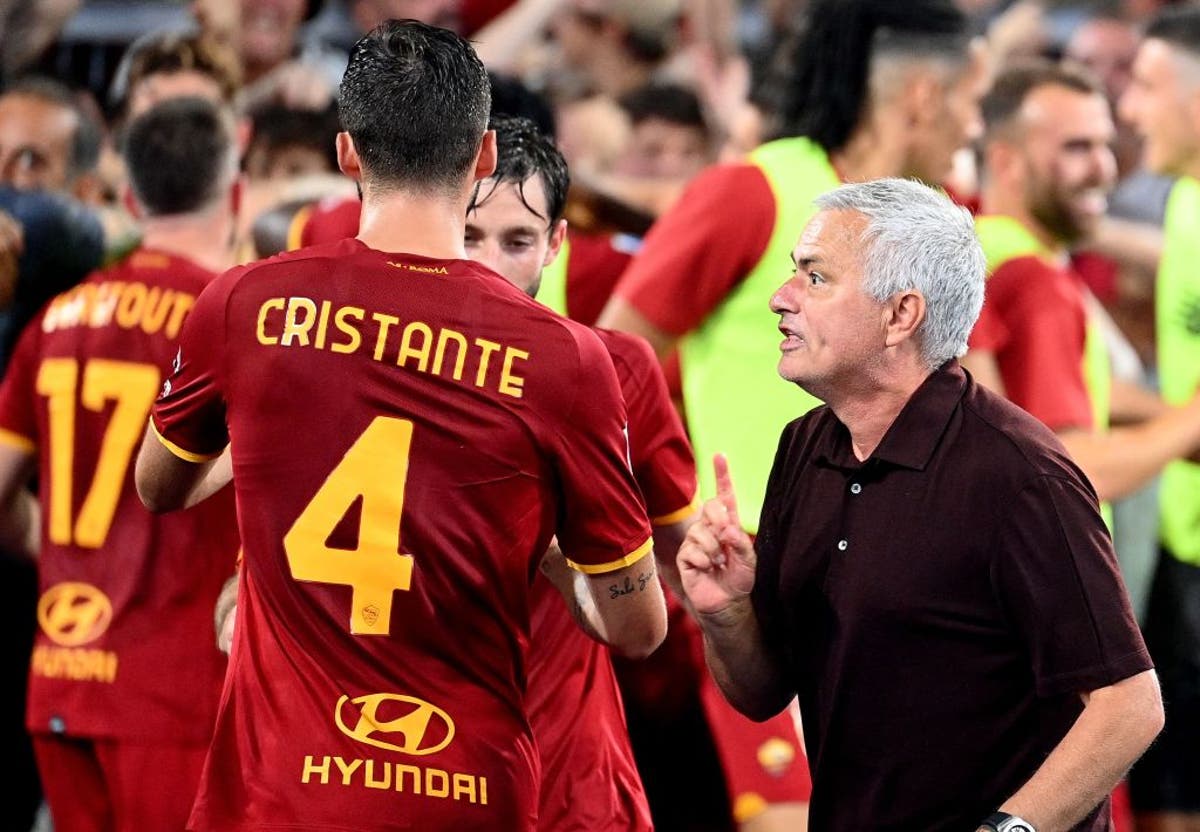 It’s another weekend of non-stop action in the Continente’s biggest and best leagues, and while this time out there are fewer massive, title-defining clashes between the very biggest of sides, there’s still a lot to watch out for in Italy, Germany and beyond.

While it was cup action in England midweek, LaLiga and Serie A were among those to fit in an extra round of league games; Juventus, Sevilla and Monaco among those picking up notable three points.

Perhaps inevitably given the turnover of managers at home and abroad, our focus this weekend coincidentally sees a quartet of bosses at the centre of matters who used to ply their trade in the Premier League.

Local derbies, rivalries, opportunities to go top and chances to stay there – they will all be on show this weekend even if your focus is outside England’s top flight.

Here are the biggest storylines to watch around Europe this weekend.

Jose taking Roma to the top?

Serie A, maybe more than any other of Europe’s top leagues this term, faces a wide-open title race. Juventus were expected to fly high once more after Max Allegri’s return, but that plan still needs a kickstart after one win from five. Inter Milan, champions and all, lost their striker, key wing-back and manager in the summer. Replacements have arrived, but the jury is out on each despite sitting top in the early weeks. AC Milan, Napoli, Atalanta – they’ll all be in the mix too, each with recent Champions League pedigree and plenty of attacking talents.

Jose Mourinho took over this summer, now leading a side which has finished seventh, fifth and sixth in the past three years. A win on Thursday night left them inside the top four and if results go their way over the weekend they could be top of the Serie A table six weeks in – but the obstacle in their way is a big one: the ‘trip’ to Lazio and Mourinho’s first Rome derby.

It’s barely an away game given they share the Stadio Olimpico, of course, but the atmosphere and anticipation ahead of such a clash is hardly lessened by the fact the stadium is capped at 50 per cent capacity. Expectation is huge, and so too is Mourinho’s belief in his enduring ability to do a top job and win top honours.

With Inter facing Atalanta and Napoli facing a tough trip to Sampdoria, points will be dropped this weekend at the top somewhere. If Roma win the derby on Sunday evening, locals will dare to start wondering if Mourinho can break a two-decade-long wait for domestic glory.

Germany has a rivalry of sorts every weekend it seems, and this time out is no different. The two Borussia clubs – Dortmund and Moenchengladbach – meet on Saturday afternoon in the Borussen derby, or the vaguely Ruhr valley derby. Is it really one? Probably not, though they are geographically not much further apart (around 100km) than Manchester and Leeds (around 75km), for example, in a much bigger country, so rivalry certainly fits the bill even if traditional derby doesn’t.

The layers to this game are many, though obvious. ‘Gladbach were fighting for the top four last season right up until the moment Marco Rose confirmed he’d leave at the end of the season to go and coach Dortmund; they were level on points with Dortmund at that moment, 21 games into the season. After 34, they were 15 points and five places adrift. This term hasn’t seen matters improve under Adi Hutter, with a single win in the opening five games leaving BMG in the relegation play-off place.

It’s far too early to worry, but it’s also becoming rather late to aim for European places, too.

Dortmund remain as lunatic as ever, thrilling to watch but utterly unreliable so far – they’ve scored the second-most goals in the Bundesliga, and conceded the fifth-highest tally at the other end.

Also worth a watch? Leverkusen vs Mainz, fourth versus fifth.

Best of the rest

There’s always more, even in a relatively low-key weekend of fixtures at the highest level.

Real Madrid face Villarreal in LaLiga in what is a battle between managers who didn’t quite reach the heights they’d hoped in the Premier League, Carlo Ancelotti hosting Unai Emery. Los Blancos have found their scoring boots and Vinicius Junior is running riot, the perfect youthful foil alongside the evergreen brilliance of Karim Benzema.

Two European hopefuls meet in Ligue 1 as Marseille (second) host Lens (fourth) on Sunday night, after PSG play 2012 title-winners Montpellier. Approaching a decade on from that surprise championship, where PSG finished three points back in their first season under Qatari ownership, there’s still no glistening European prize in the trophy cabinet in Paris – but they do look on course to wrest back domestic dominance. Seven wins from seven so far.

Amid Speculation of England’s Ashes Pull Out, Steve Harmison Questions Australia for Not Playing Overseas Test During COVID-19 Pandemic

‘Stop tagging me, I’m not former CM of Punjab’: Footballer Amrinder Singh | Off the field News – Times of India