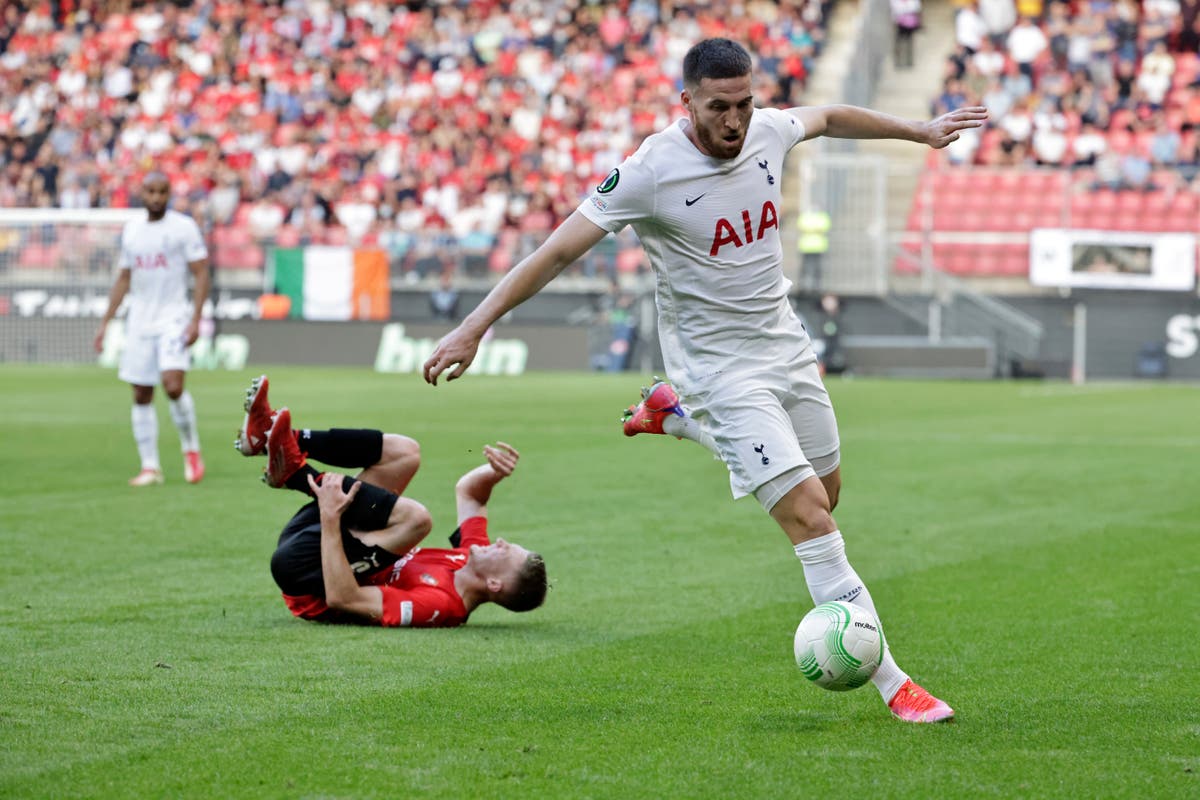 Matt Doherty does not think it will be long until Nuno Espirito Santo has Tottenham fully firing.

Spurs won their opening three Premier League games 1-0, but a 3-0 loss to Crystal Palace at the weekend and a 2-2 draw at Rennes in the Europa Conference League have seen their progress stutter.

Circumstances have been against Spurs since the international break, with injuries to key attacking players and the unavailability of Giovani Lo Celso, Cristian Romero and Davinson Sanchez following their decision to travel to South America for World Cup qualifiers.

Goals and creativity have been an issue this season but Doherty, who served Nuno with distinction at Wolves, believes things will come good soon.

“He is only at the start of his reign, it takes time,” the Republic of Ireland defender said.

“You see what he did at Wolves, it takes a few seasons to master it. I am not saying it is going to take that long here but with a bit of time and coaching and working on the training pitch, it won’t be long until he has us firing.

“He still wants to win games and play nice football. That is the main thing, that’s his way of playing.”

Although they made their best-ever start to a Premier League campaign, Spurs have struggled in front of goal and the 3-0 defeat at Crystal Palace saw them register their fewest shots in a Premier League game since 2005.

Having Son Heung-min, Steven Bergwijn and Lucas Moura all fit again and the reintegration of Tanguy Ndombele should help, but Doherty admits it is an area that needs improvement.

“We are working on it, we are aware we are lacking in chances and goals this season, we have only scored three league goals,” he added.

“We are aware we need to keep the door shut at the back but then when we have the ball we need to start creating and having our ability we have going forward in the team, if we keep working on it and keep getting in the right positions things will change.”

RR vs RCB Head to Head record in IPL/IPL 2021: Most Runs, key stats

Lukaku questions impact of taking knee in battle against racism

Aaron Ramsdale aims to grab England opportunity with both hands

IBM Beats On Earnings. Here’s How To Trade The Stock Now