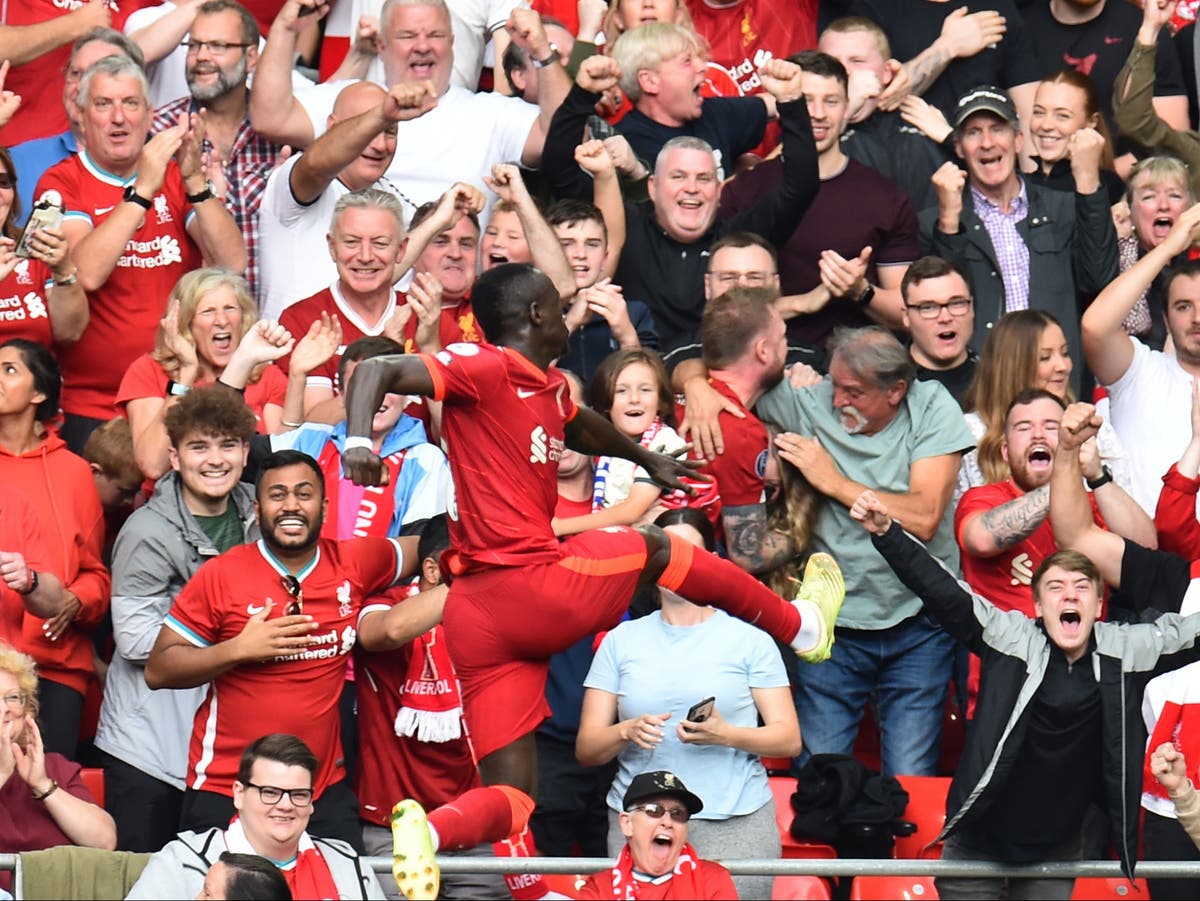 Welcome to The Independent’s live coverage of this Premier League clash between Liverpool and Crystal Palace at Anfield.

Jurgen Klopp’s men will be bouncing coming into this one, just three days after beating AC Milan in a Champions League thriller. The Reds have made a brilliant start to their 2021/22 campaign with ten points from their first four games. Slowly, people are beginning to talk about them as title contenders after the club took a backseat during the summer transfer window.

But this afternoon they will have to deal with a Crystal Palace side buoyed by their convincing 3-0 win over Tottenham last weekend. The Eagles took full advantage of Spurs being reduced to 10 men as they picked up their first league victory of coach Patrick Vieira’s reign.

New boy Odsonne Edouard made history on his debut against Tottenham when he became the fastest substitute goalscorer in Premier League history. Can he push on from that superb start this afternoon? It’s a tall order for Palace, but they won here in the not-so-distant past when they claimed a 2-1 victory in April 2017. Having said that, nine successive defeats since then do not bode well for the visitors.

Follow live updates from Anfield below as the Reds look to keep pace at the top of the table in what promises to be a thrilling title race.

76 mins: Tsimikas goes in the book for a late, reckless tackle on Gallagher. The Crystal Palace free kick is swung into the Liverpool box but Van Dijk is there to deal with the cross.

73 mins: That’s nice play from Liverpool but equally good defending. Milner splits the midfield with a lovely forward pass to Jota who flicks the ball over the top to match Salah’s run in behind. He attempts to carry the ball into the box but is met by Mitchell who shoves Salah off the ball, takes possession and clears his lines.

70 mins: Close! Vicente Guaita is called into action twice to deny Liverpool a second goal. He saves Naby Keita’s shot and is then up to save the follow-up from Mo Salah.

20 minutes to play at Anfield.

67 mins: Liverpool are trying to work the angles from wide to get the ball into the box. Salah and Milner both chip balls into the middle but Palace stand firm to deal with them.

The game at Carrow Road is heating up! This could have big implications at the bottom of the table. Ismaila Sarr finds a touch of space in the box and latches onto a cutback to fire Watford back in front!

62 mins: Chance for Crystal Palace! Jota brings Gallagher down right on the edge of the box. McArthur and Ayew stand over the set piece. McArthur leaves it for Ayew who whacks his effort straight into the wall.

Naby Keita has come on for Thiago Alcantara.

59 mins: Gallagher gets on the wrong side of Henderson as the Liverpool midfielder shoots from range. Gallagher clips Henderson’s ankle as he takes the shot and Liverpool are awarded a free kick.

Milner rolls the set piece to Fabinho who blasts it into the wall. The ball comes loose and falls for Salah but his shot from just inside the box is blocked.

56 mins: Palace are giving it a decent go now. They work the ball down the left side and swing in a cross but there’s no-one there to receive the pass. Liverpool counter down their own left wing before Jota slides the ball inside to Thiago. He shoots from range and has the effort blocked bu Andersen.

53 mins: Kouyate leaves a bit on Henderson which annoys the Liverpool captain. He responds by linking up with Salah to work the right side for the Reds. Salah knocks the ball into the box where Henderson collects it but has his square pass into the middle cleared by Marc Guehi.

Is Wolves vs Tottenham on TV today? Kick-off time, channel and more

Patriots Work Out Familiar Face Ahead of Potential Roster Move

Patriots ‘Will Hand This Dude the Bag’ In Free Agency, Says Analyst

An avocado-themed restaurant is coming to London next month