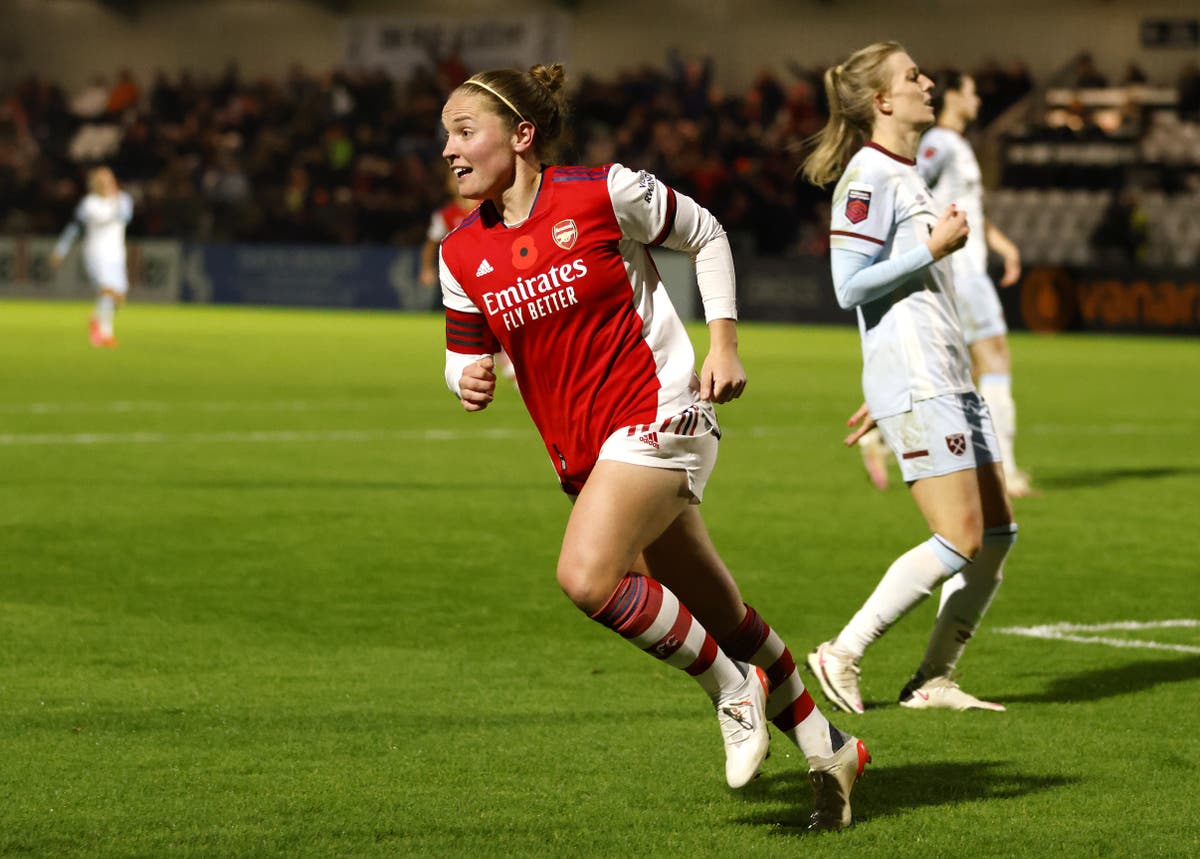 Kim Little notched a brace as Women’s Super League leaders Arsenal made it six wins out of six for the campaign with a 4-0 victory over West Ham at Meadow Park.

Skipper Little put the Gunners ahead in the 39th minute and added her second shortly after the break.

Beth Mead who had set up Little’s opener, then got on the scoresheet herself around the hour mark and Grace Fisk subsequently netted an own goal late on.

Having extending their perfect start to the season, Jonas Eidevaal’s team are once again three points clear of second-placed Chelsea, who won 1-0 at Aston Villa on Saturday.

Third-placed Tottenham secured a 1-1 draw at home against Manchester United thanks to a last-gasp equaliser from Ria Percival.

Percival sent a long-range free-kick bouncing past Mary Earps in stoppage time to cancel out Alessia Russo’s effort at the end of the first half.

Manchester City registered only their second WSL win of the season – and first in five matches – as they came from behind to win 4-1 at rock-bottom Leicester.

Jess Sigsworth put the Foxes 1-0 up in the opening minute of the contest before City hit back with goals from Caroline Weir and Keira Walsh in the first half and then Lauren Hemp and Laura Coombs in the second.

Gareth Taylor’s City are up to seventh with seven points from six games, while Leicester’s search for their first point of the campaign goes on.

Second-bottom Birmingham were beaten 3-0 at home by Reading, with Natasha Dowie opening the scoring and Deanne Rose adding a brace.

Denver Radio Host Urges Broncos to Trade Drew Lock, Tells Him to ‘Suck it Up’

If I Were Half As Skilled As Ravichandran Ashwin, I Would…: Axar Patel

Billionaire Peter Thiel could be forced to pull $5 billion from his retirement account, if House bill passes