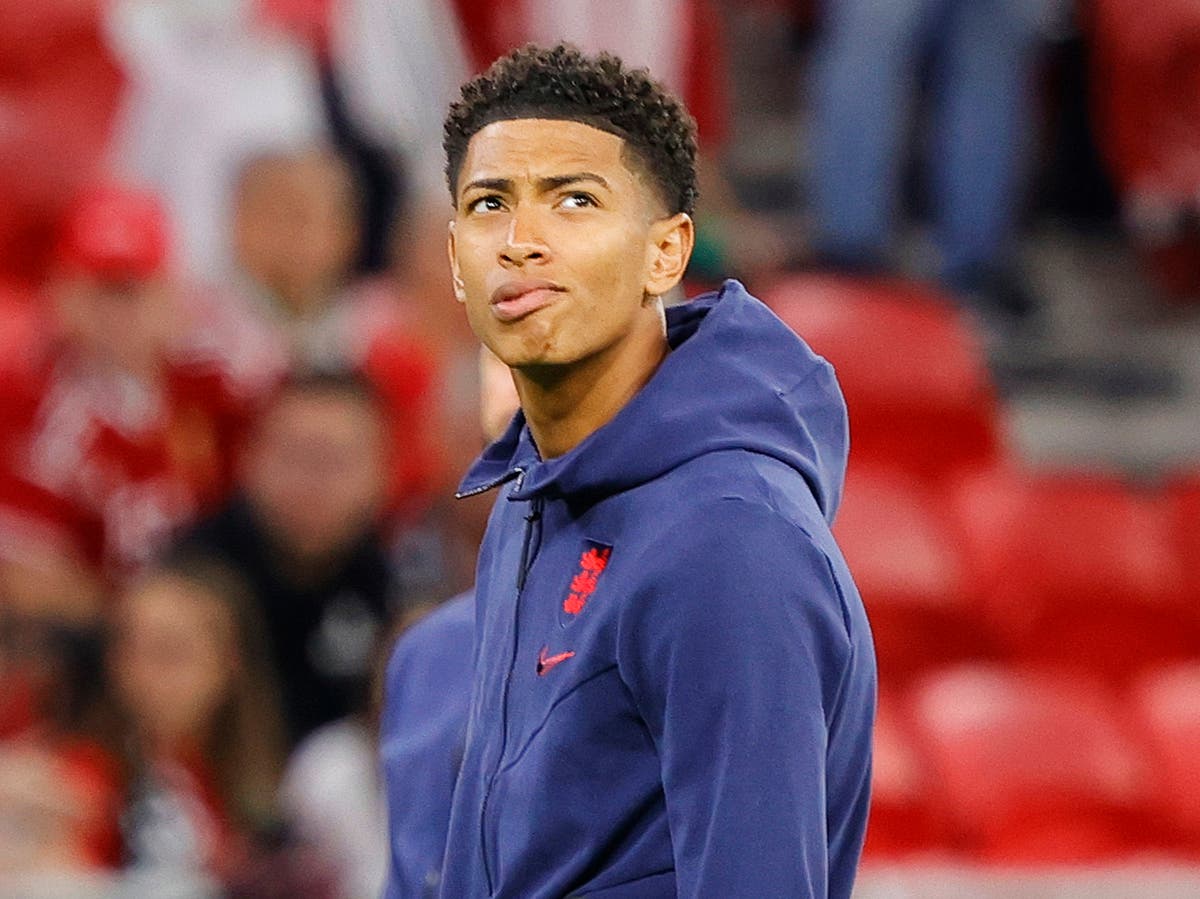 Bellingham and Raheem Sterling were racially abused and targeted with monkey chants during Thursday night’s match, which England won 4-0.

Bellingham wrote on Twitter on Friday evening that such abuse was “part of the game and always will be until proper punishments are put in place by those with the power”.

Kick It Out chief executive Tony Burnett said the abuse was “preventable and predictable” and criticised Fifa and Uefa over the failure to ensure that a stadium ban issued by Uefa in July carried over into the World Cup qualifiers.

The Professional Footballers’ Association also condemned the abuse and urged Fifa and Uefa to close the regulatory “loophole”.

On Friday evening Fifa issued a statement which read: “Following analysis of the match reports, Fifa has opened disciplinary proceedings concerning the incidents last night at the game Hungary-England.

“Once again, Fifa would like to state that our position remains firm and resolute in rejecting any form of racism and violence as well as any other form of discrimination or abuse. We have a very clear zero tolerance stance against such abhorrent behaviours in football.”

Hungary were ordered to play two matches behind closed doors, with a third match suspended, by Uefa in July over racist chanting and homophobic banners at their Euro 2020 matches against France and Portugal in Budapest.

However, the sanctions do not come into force until next year’s Nations League because the World Cup qualifiers fall under Fifa jurisdiction. Article 66 of Fifa’s disciplinary code allows confederations such as Uefa to request the extension of a sanction into Fifa competition, but Uefa sources insisted its own regulations prevent it from doing so.

It is also still unclear as to whether Fifa will be able to take the sanctions issued by Uefa in July into account in its own investigation. This is critical, because harsher penalties such as points deductions and expulsion only apply to reoffenders, not for acts treated as first offences.

Kick It Out chief Burnett said what had happened was a governance failure on the part of football’s authorities and put players at unnecessary risk. He also said it would be “laughable” if Hungary’s recent track record was not taken into account because previous offences had taken place in a different competition.

Burnett told the PA news agency: “I think intent really for me is the crux of this problem. If Fifa wanted to solve this issue and wanted to do the right thing, we wouldn’t have seen the events of last night because they would have been serious and put the preventative measures in place.

“If they’re now in a conversation about whether this is a new offence because it’s a World Cup qualifier rather than a Euros game, then that’s just laughable, absolutely laughable. Tell that to the players who were abused last night.

“Why do we keep coming back to these same scenarios, when they’re so predictable and they’re so preventable? If the governing bodies and the right people have got the intent to affect change, they’ll do it.”

The Professional Footballers’ Association also demanded that the “loopholes” which allowed Hungarian fans to attend the match despite the Uefa sanction be closed immediately.

“We will be asking Fifa to investigate the sickening abuse we saw at last night’s game, and we demand they issue the strongest sanctions possible, such as lifetime stadium bans,” the players’ union said in a statement.

“Global football governing bodies need to demonstrate that these behaviours will never be tolerated in our game. Stopping racist abuse at matches must be at the top of their agenda, and loopholes that allow already-sanctioned racist fans to attend games must be closed.”

The Hungarian federation (MLSZ) pledged to impose two-year bans on any fans found guilty of misconduct.

“The vast majority of the 60,000 fans present in the Puskas Arena supported the teams in a sporting manner, cheering on the Hungarian national team even when the team was already losing. It is in their defence that the minority of disruptive ticket-holders need to be identified and severely punished,” the federation said in a statement.

“Fans entering the field of play, throwing flares and plastic cups are in the process of being identified. The MLSZ has already filed or will file police reports against them and will pass on any financial penalties to the perpetrators through civil litigation. Furthermore, at the end of proceedings, those found guilty can expect a two-year ban from all sporting events.

“The Hungarian federation and the players and head coach all made an extremely strong communication campaign before the game to call supporters to avoid all kind of racist, xenophobic behaviour during all matches of the national team.”

This is not the first time in recent memory that England’s players have been subjected to racism while playing abroad.

Euro 2020 qualifiers in Montenegro and Bulgaria were marred by similar incidents and Chelsea midfielder Mason Mount is unhappy that such abuse is allowed to continue.

“We obviously have had it in the past and it is a disgrace how it keeps on happening,” he said.

“Obviously I said a little about us players focusing on the pitch but when these things happen, consequences need to take place and the FA will be speaking to Fifa about it and hopefully it keeps getting put to them and they hand out bans but it needs to stop and we need to get this out of football.”

Sensational forward transfer swap between Juventus, PSG in the works

Why DWTS Fans Hate Tyra Banks So Much