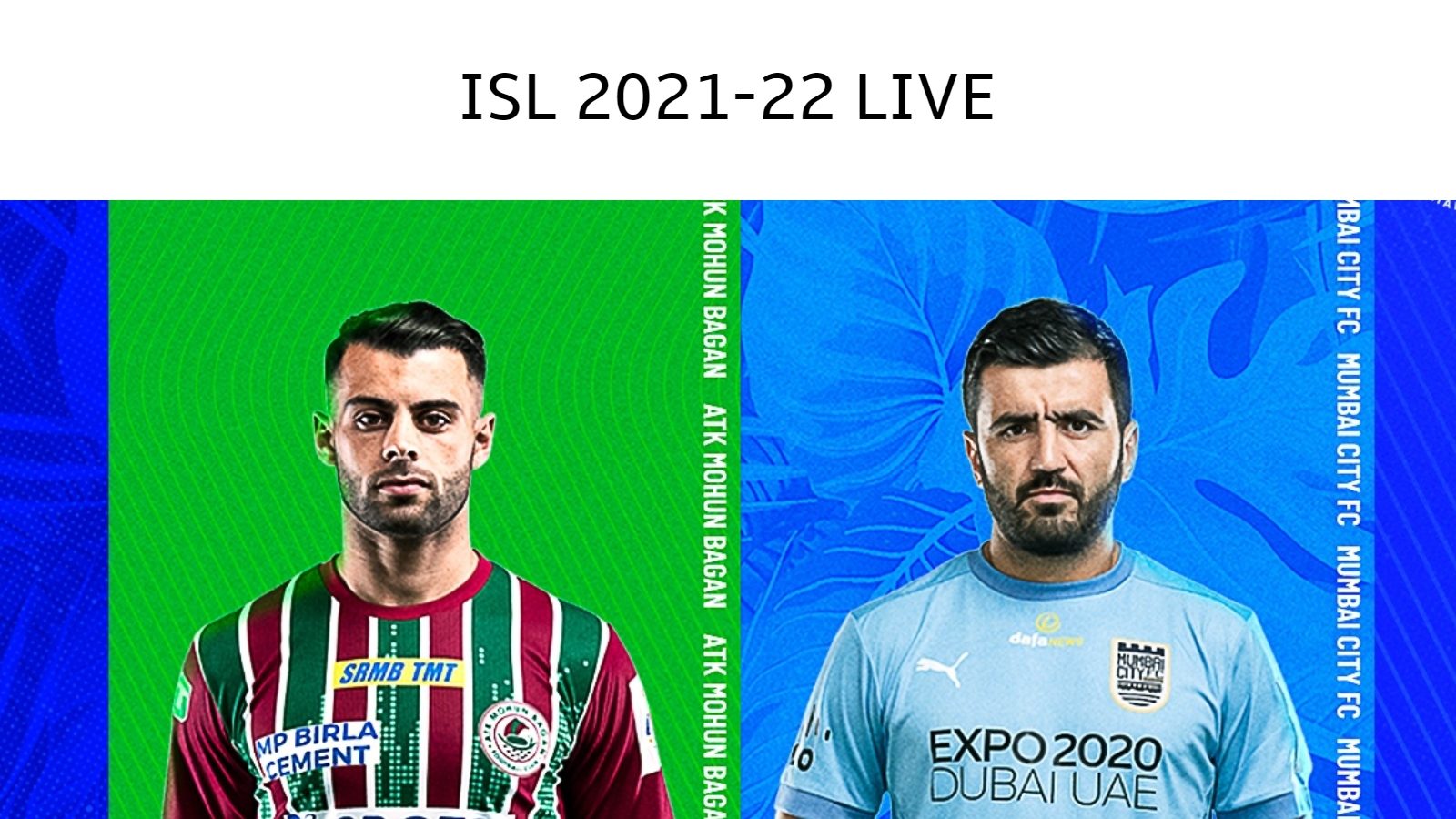 It is the battle of the top two from the previous season but given that ATK Mohun Bagan have made an envious start to the season, they will look to lay down the marker. For Mumbai, however, it will be a chance to bounce back to winning ways and if they do it against this ATKMB side, it will send out a brilliant message.

ATK Mohun Bagan are coming into the match at the back of a convincing 3-0 win over SC East Bengal in the Kolkata derby. Mumbai City FC, on the other hand, suffered a 1-3 defeat at the hands of Hyderabad FC.

On paper, MCFC may have a 8-5 win-loss record but the form is heavily in favour of the Habas-coached side who will be eyeing a revenge. So far, Habas’ 3-5-2 formation with Liston Colaco and Manvir Singh as the advance wing-backs have done the job but against a side with equally-attacking intent, it remains to be seen if the gaffer chooses to alter his strategy.

The Mumbai City FC coach on the other hand stressed on the need to stay grounded without reading too much into their loss to the Nizams.

ATK Mohun Bagan’s Spanish defender José Luis Espinosa Arroyo aka Tiri is doubtful to feature in this game. Tiri has not played a single game so far in the ongoing edition of ISL and he will have to prove his match fitness prior to the start of the game to be eligible for selection.

Mumbai City FC’s Indian left-back Vignesh Dakshinamurthy is the only absentee from the MCFC squad for this game. He is out with an injury, which he picked during Mumbai’s season opener against FC Goa.

The ISL 2021-22 match between ATK Mohun Bagan and Mumbai City FC is scheduled to start at 07:30 pm IST on Wednesday, December 1, at the Fatorda Stadium, Goa.

How can I live stream ATK Mohun Bagan vs Mumbai City FC fixture?

The live streaming of today’s ISL match between ATK Mohun Bagan vs Mumbai City FC match will be available on Disney+ Hotstar and Jio TV.

Patrick Mahomes Had Words for Baker Mayfield After Beating Browns

ECB ‘very confident’ England will travel to Australia for Ashes

How Cody Barbo Built Trust & Will, The Millennial-Friendly ‘Turbo Tax For Estate Planning’