Is Brazil vs Colombia on TV tonight? 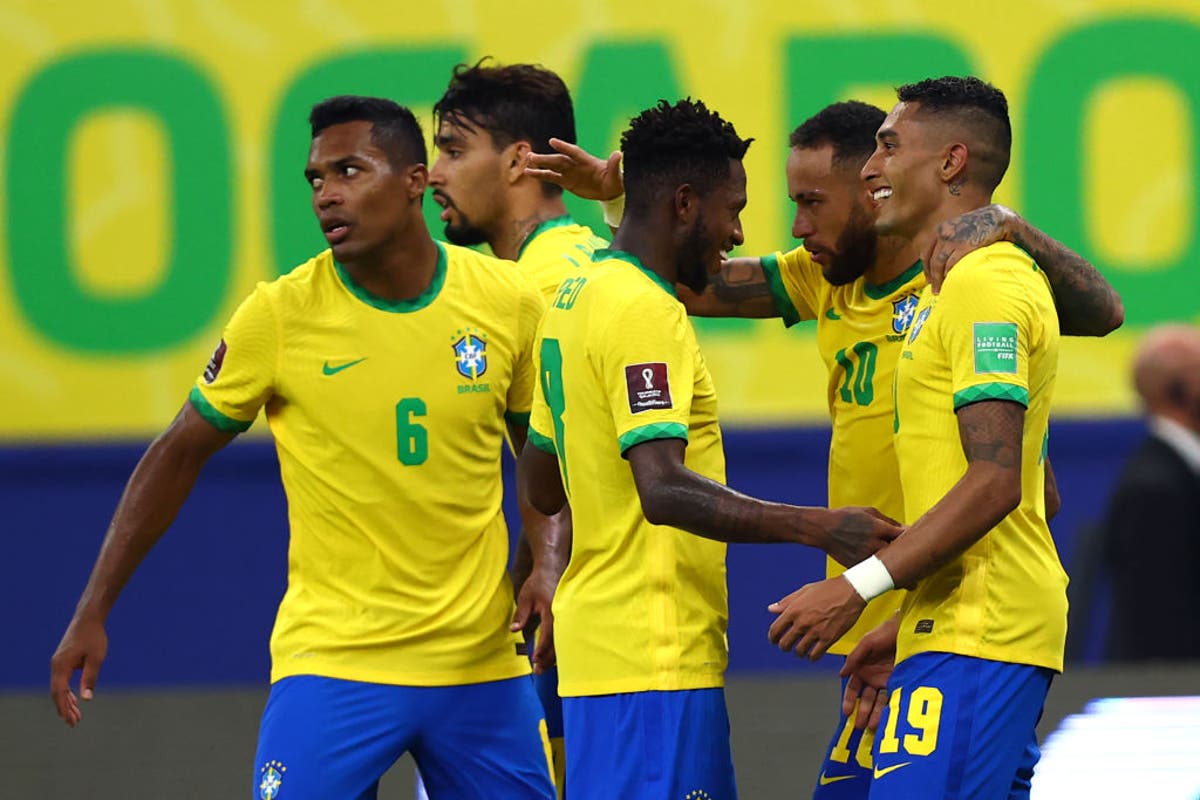 Brazil face a big week of World Cup qualifiers as they attempt to secure their place at the 2022 World Cup in Qatar under Tite.

They first face Colombia before the big game against Argentina next week – the reverse fixture of the latter seeing the abandonment of the game after health officials entered the pitch and tried to deport Premier League players.

The likes of Fred, Fabinho, Alisson and Ederson will be hoping to feature across the international break for the Selecao, who need just four more points to guarantee their spot at next year’s World Cup finals.

It’s approaching 20 years since the last time they won the World Cup itself and expectations will be high in the country that they can challenge this time around.

Here’s everything you need to know ahead of the fixture.

When is the match?

The game kicks off at half past midnight on Friday 12 November (GMT) – so that’s a late Thursday night for any viewers in the UK.

Where can I watch it?

The match will be shown live on Premier Sports 1. Subscribers can stream the game on the Premier Player app and desktop website.

What is the state of play in qualifying?

Brazil are top with 10 wins from 11, six points clear of Argentina. Ecuador and Colombia are in the other automatic qualification spots ahead of the 13th round of games – nations will play 18 all told. Uruguay are fifth, which is a play-off spot, but they are only behind Colombia on goal difference.

Chile, Bolivia and Paraguay are all within a point of each other outside the top five, with Peru one place further back and Venezuela last in the Conmebol qualifying group.

Brazil to roll over another of their regional rivals to all but seal their place in Qatar. It won’t be easy but they’ll want to make sure business is taken care of before they head to Argentina. Brazil 2-0 Colombia.

Ind vs NZ: ‘You Have to Put Him There’-Dinesh Karthik Feels Ravichandran Ashwin On Par With Legendary Kapil Dev

If Indian PM Decides he Will Not Allow Any Funding to Pakistan, PCB Can Collapse: Ramiz Raja

8-year-old Video Shows Tourist Touching Lion in Tanzania, And Then…