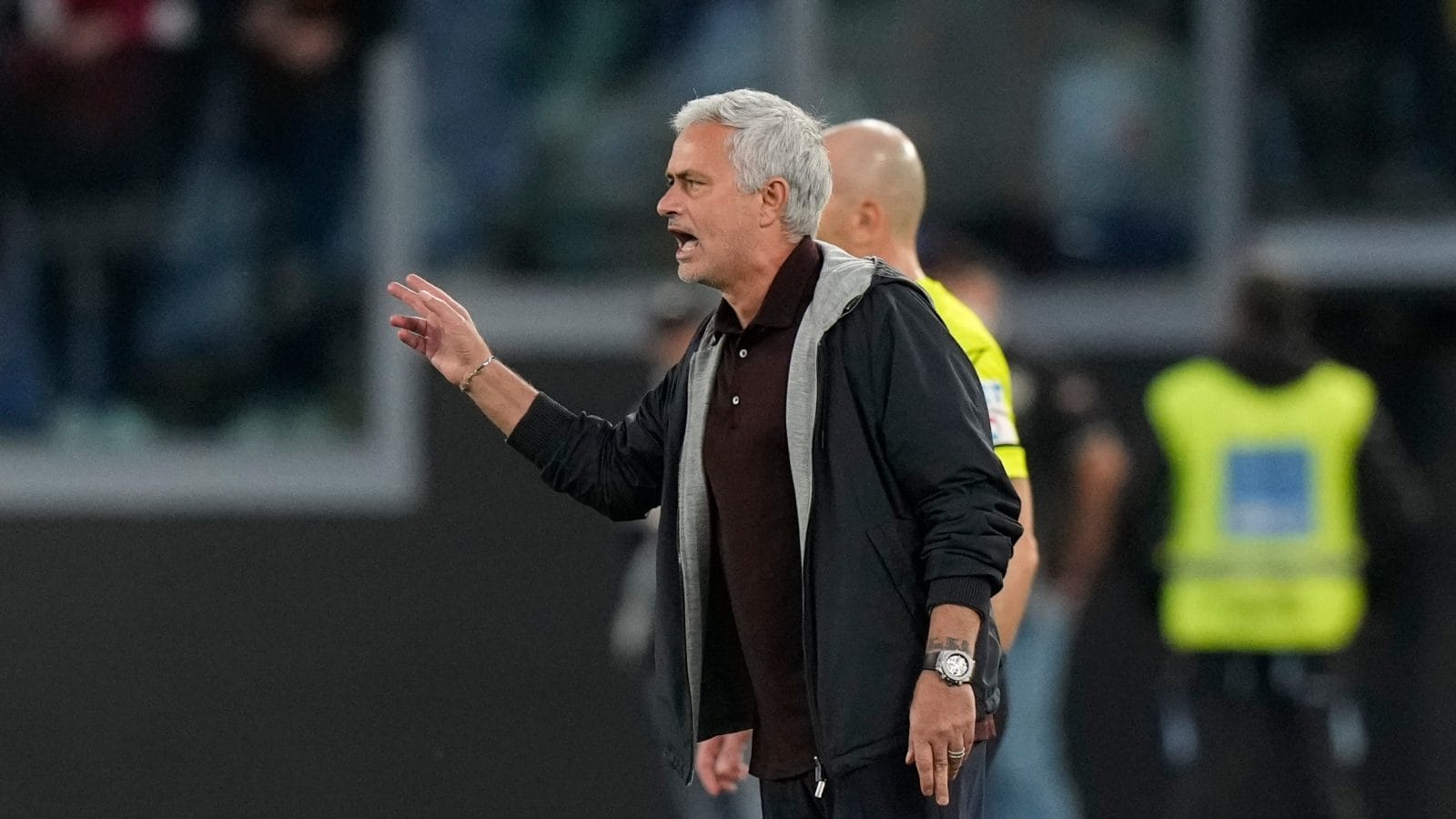 A look at what’s happening in European soccer on Sunday:

AC Milan’s unbeaten start to Serie A could be tested by a visit to Jose Mourinho’s Roma. The Rossoneri have matched their best-ever start with nine wins and a draw. Napoli, which leads Milan on goal difference, visits regional rival Salernitana without star striker Victor Osimhen, who has a muscular issue. Salernitana is back in the top division for the first time in more than two decades. Also, defending champion Inter Milan plays Udinese at the San Siro, Fiorentina faces Spezia, Genoa meets Venezia and Sassuolo hosts Empoli.

West Ham plays at Aston Villa with Declan Rice and Michail Antonio back in the squad after they were rested midweek for the League Cup win that ousted holder Manchester City. Villa has dropped to 15th place after losing three consecutive league matches, while West Ham is in fourth and also performing well in the Europa League. There’s also a meeting of two teams in the relegation zone as last-place Norwich hosts Leeds. Leeds has seven points from nine games while winless Norwich has only two.

Real Sociedad aims to keep up its impressive season when it hosts Athletic Bilbao in an always heated Basque Country derby in San Sebastián. Sociedad can reclaim a three-point lead at the top of the Spanish standings with a victory. Aleksander Isak will lead Sociedad’s attack with top scorer Mikel Oyarzabal injured. Isak has scored in his last two games. Defending champion Atlético Madrid faces a test at home against in-form Real Betis. Diego Simeone’s Atlético has drawn two straight in the league and needs a victory to stay in contact with a pack of front-runners. Betis has won five of its last six league games and enters the day just three points behind Sociedad, Real Madrid and Sevilla. Last-place Getafe hosts Espanyol hoping for its first win.

Third-place Nice will miss Evann Guessand, Justin Kluivert, Calvin Stengs and Robson Bambu through injuries for a tricky trip to Angers in the French league. Fourth-place Marseille looks to end a rough patch when it visits Clermont. Marseille has won only one of its last eight games in all competitions. Rennes sits only one point behind Marseille and hopes to get closer to the Champions League spots when it visits Troyes. Lowly Brest hosts a Monaco side which seems to have reached its cruising speed after a disappointing start to the season. Monaco has won four of its last five league games.

Borussia Mönchengladbach denied Bochum promotion to the Bundesliga the last time the clubs met in 2011, when they contested the relegation/promotion playoff. So the second division champion will not lack motivation when they finally meet again Sunday in the Bundesliga. Host Gladbach is flying after its 5-0 rout of Bayern Munich in the cup on Wednesday, but it’s only 12th in the league. Bochum has traditionally fared well against Gladbach. Gladbach hasn’t won any of their last 15 meetings in the Bundesliga since a 2-1 win in September 1997. Also Sunday, Augsburg coach Markus Weinzierl is under pressure against visiting Stuttgart after five games without a win across all competitions. Stuttgart hasn’t been as entertaining as it was last season but it’s unbeaten in four league matches under American coach Pellegrino Matarazzo.

Is Uruguay vs Argentina on TV tonight?