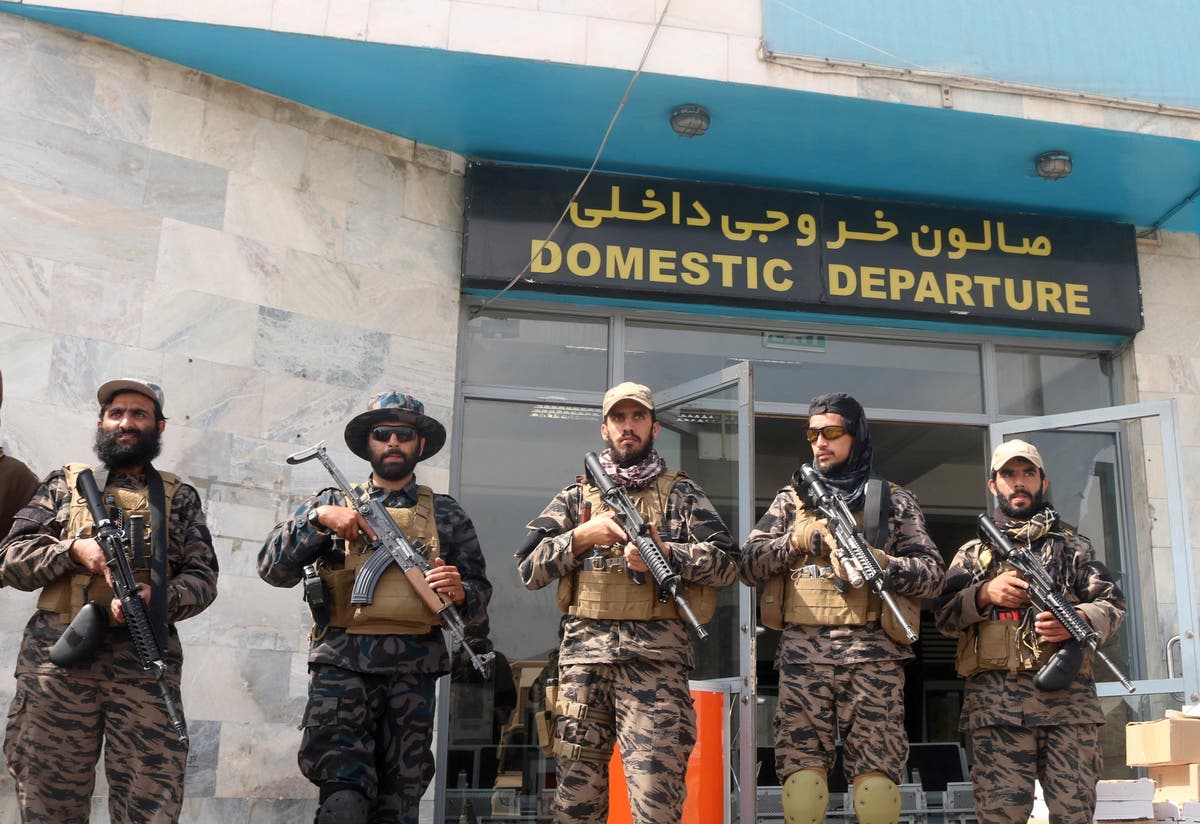 Dozens of young players from the Afghan Girls National Youth Football Team and their families are currently trapped in hiding in Afghanistan, The Independent can reveal.

A letter, seen by The Independent, asked Pakistan’s prime minister to urgently allow 32 girls to enter the nation – warning “time is running out” and the girls are at risk of “grave threats” from the Taliban and “disintegrating security”.

Campaigners told The Independent the young women, many of whom are in their teens, are in hiding in places with waning resources as bomb threats surge and as reports surface of the Taliban searching hotels in a bid to track down women who have disobeyed the edict to remain home.

The letter urges Pakistan’s PM, Imran Khan, to give the girls and their families temporary visas to enable them to enter Pakistan before being resettled elsewhere.

“These teenage and young female athletes are at immediate risk because of their association with women’s football in Afghanistan and their participation in national public football tournaments,” states the letter, which was signed by Kashif Siddiqi, a London-born footballer who played for Pakistan’s international team and who co-founded an NGO called Football for Peace.

“We can vouch for them as players, referees and coaches in the Afghan National Youth Squads,” he said. After the final evacuation flights out of the airport in Kabul earlier in the week, “crossing into Pakistan by land is now their only option,” he said.

“We appeal for your urgent intervention to permit 32 members of the Afghan Girls National Youth Football Team and their families temporary visas to enter Pakistan, while resettlement to a final destination is processed via the UK ARAP [Afghan Relocations and Assistance Policy] programme and other schemes,” the letter, also signed by entrepreneur Jonathan Kendrick, reads.

The letter’s organisers promised to support the young footballers and their families while in Pakistan.

The young female football players started playing football after getting involved in a scheme for young people from disadvantaged backgrounds.

It comes after the Afghanistan senior women’s national football team were forced to burn their kits, delete their social media accounts and go into hiding.

“Our players narrowly avoided gunfire, were trampled, beaten by the Taliban, and waded through this sewer water to get through to Hamid Karzai International Airport,” Haley Carter, former assistant coach of the football team, wrote on Twitter last week.

But 86 Afghan athletes, officials and their relatives finally managed to reach safety after being airlifted out of the country. Campaigners who helped them escape said their eventual departure was “nothing short of a miracle”.

The Independent has backed calls for ministers to be more ambitious in their plan to resettle Afghans. Our Refugees Welcome petition, launched on Thursday, urges Boris Johnson to offer sanctuary to as many Afghans as possible.

Last time the hardline Islamist group ruled the country women were barred from working, girls were blocked from going to school, and women had to be chaperoned by a male relative if they wanted to leave the house.

Female Afghan journalists and healthcare workers have been killed in attacks since peace negotiations started between the Taliban and the American-backed Afghan government last year.

While the Taliban denies perpetrating these attacks, government ministers hold them responsible.

The Taliban, which imposed a brutal fundamentalist rule in Afghanistan before it was overthrown in 2001, hailed the end of two decades of US military involvement in Afghanistan after the last American soldier withdrew on Monday night. They took over Kabul’s airport and shot celebratory gunshots into the air.