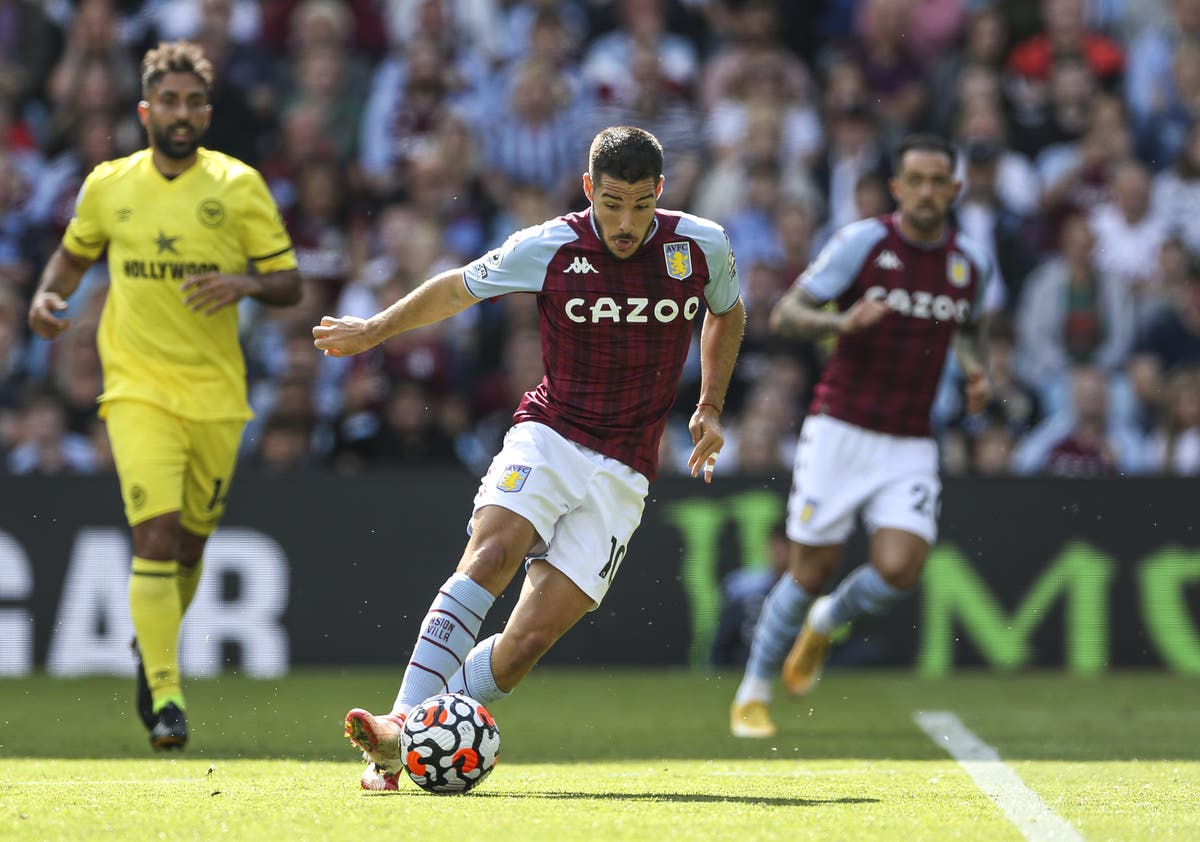 Boss Dean Smith admitted he is unsure if Emi Buendia and Emi Martinez will join Argentina for international duty, despite the Premier League’s refusal to release players.

Forward Buendia scored his first Villa goal since his record £33million move from Norwich to cancel out Ivan Toney’s opener and earn a 1-1 draw with Brentford.

The uncapped 24-year-old and goalkeeper Martinez have been selected for Argentina’s World Cup qualifiers against Venezuela, Brazil and Bolivia next month.

Argentina remains on the Covid red list for travel and the Premier League and European Clubs’ Association are set to prevent players from travelling unless exemptions are made to quarantine rules on their return.

Smith has told the pair he does not want them to travel but is yet to get a firm handle on their plans.

He said: “I don’t know. We have sat down with them and told them the Premier League are banning players going to Argentina so we’ve told them we don’t want them to go out.

“I don’t know what their plans are but they certainly know what our wishes are, that they don’t go, because they’d have to isolate in a government hotel for 10 days when they come back.

“It was important for him (Buendia, to score). We know the player we have bought and the qualities he gives us.

“We are still trying to build something in the team, we have a lot of players out. It’s getting those relationships together and them getting to know each other. I saw things I really liked.

“It wasn’t a game littered with lots of chance, they scored from a set piece and we left Ivan Toney on the penalty spot alone. It was a great reaction.”

Villa were missing John McGinn and Jacob Ramsey after they were forced to self isolate while Tyrone Mings sat out with a broken rib and he will be assessed by the England medical team ahead of next month’s games.

Toney fired the Bees ahead after seven minutes when he latched onto Pontus Jansson’s flick from Sergi Canos’ cross.

He made Villa pay for failing to clear Saman Ghoddos’ corner but the hosts levelled through Buendia six minutes later.

Danny Ings found him on the edge of the area and he curled past David Raya.

Goalkeeper Raya thwarted Ings soon after and Vitaly Janelt had a goal disallowed after pinching it off Martinez as he tried to clear.

But a cagey second half failed to match the intensity of the first and it took until injury time for Raya to make another save when he claimed Ollie Watkins’ header.

Brentford sit ninth in the fledgling Premier League table and are unbeaten after three games.

Boss Thomas Frank said: “Being unbeaten is a good feeling, we are very difficult to break down and score against.

“In three games, we have had solid performances. I like what my team shows but I know they are good enough to show even more.

“There’s a strong character in the team, a strong mentality. We were really brave and forward-minded but I want even more, even in this intense atmosphere.

“It’s only the third game in the Premier League. It’s still a good point away and just because I know the players so well I know there is more in them.”

How to watch England vs Australia online and on TV today

‘We Plan to Honour Our Commitment’

Lionel Messi has returned to Barcelona, but not permanently

GlobalFoundries CEO: We’re sold out of semiconductor chip capacity through 2023

International Day of Peace 2021: Theme, History and Significance Amid COVID-19