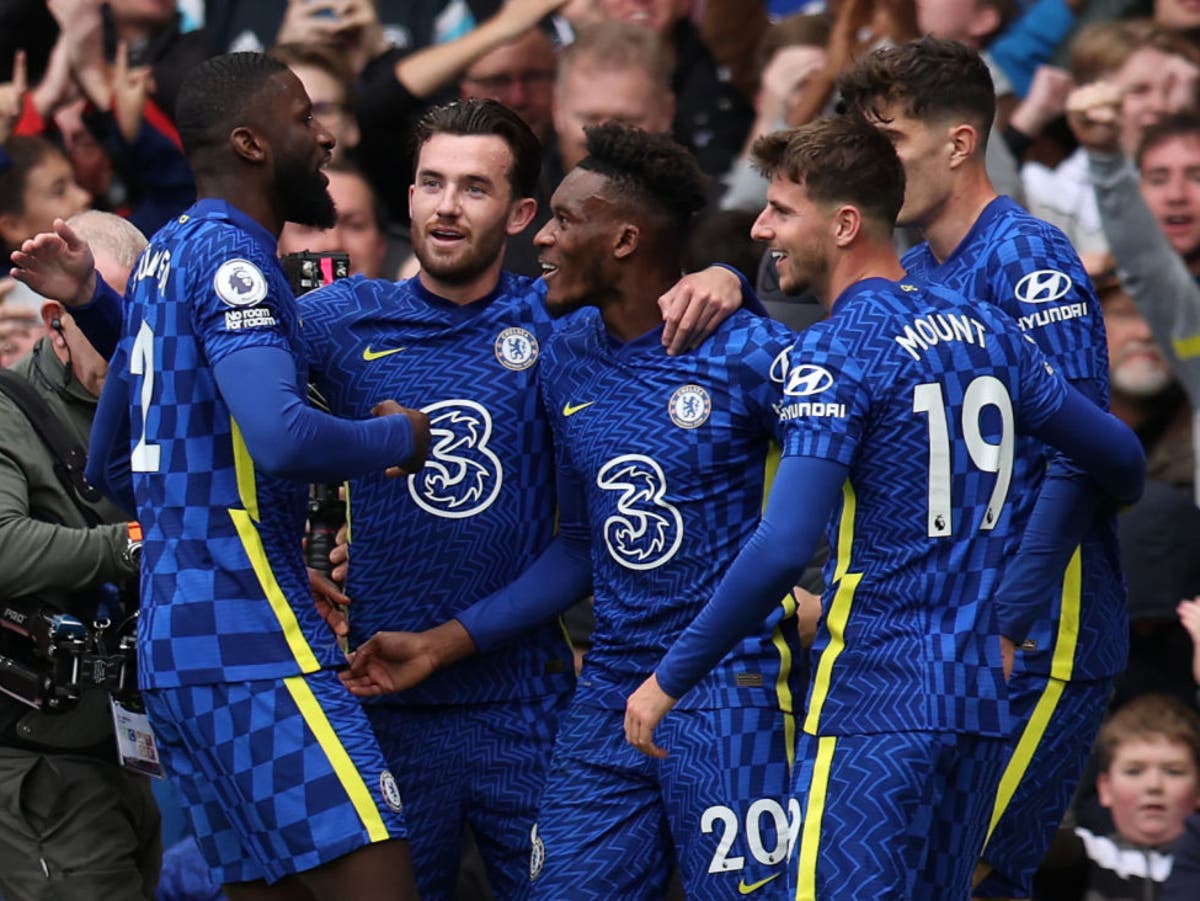 Follow all the action as Chelsea host Norwich City in the Premier League in Saturday’s early kick-off.

Thomas Tuchel’s side enters the weekend top of the table, having taken 19 points from a possible 24 this season, and are full of confidence after sweeping aside Malmo in the Champions League during the week. Their victory was marred by significant injury blows, though, with both Romelu Lukaku and Timo Werner ruled out. That means Kai Havertz should return to the starting XI while Callum Hudson-Odoi will have a rare chance to impress from the outset. “It’s only a turning point if he makes it a turning point – and only if he does not only do one good match, one good half, 60 good minutes, but if he does it consistently,” Tuchel said of the winger.

Meanwhile, Norwich have endured a difficult start upon their return to the top-flight. The Canaries are bottom of the table, having lost six out of eight matches, and are yet to secure a victory. To break that streak this afternoon, it will take a truly momentous performance. Follow all the latest updates below:

The England manager, Gareth Southgate, was in attendance at Stamford Bridge today and Chelsea’s English stars must be causing him a headache.

Mason Mount (3), Ben Chilwell, Callum Hudson-Odoi and Reece James all scored for the Blues but Ruben Loftus-Cheek put in a decent performance as a substitute and Ross Barkley came close to scoring as well.

With so many player’s performing well it’s a great position for Southgate to be in ahead of next year’s World Cup.

The scariest thing about Chelsea’s 7-0 victory over Norwich is that is easily could have been more. Ross Barkley was twice denied by Tim Krul as was Hakim Ziyech who also sent two shots narrowly wide of the goal.

The Blues were several classes above their rivals today and the Canaries showed why they’re bottom of the table.

25 games without a goal for club and country? No problem.

90+4 mins: An absolute mauling from Chelsea. From the first minute they destroyed Norwich. Without Lukaku, without Werner, without Azpilicueta.

They move four points clear at the top of the table as well.

90+1 mins: Yes there is! Mount gets a hat-trick! Loftus-Cheek brings the ball up the right from his own half and plays a one-two with Ziyech to get in behind. He drives the ball into the box, almost loses control of it which draws Krul off his line but recovers in time to cut it back for Mount to smash it into the open net. There’s a quick VAR check for offside but the goal stands!

90 mins: Three minutes of added time to play. Time for another goal?

85 mins: This time he scores! Down the middle, slightly to the right of Krul who gets a hand to it but there’s too much power of the shot from Mount for him to stop it. Chelsea have six!

84 mins: Drama! Mason Mount takes the penalty and hits it low to the goalkeeper’s left. Krul leaps across and keeps it out!

But wait… Krul came off his line too early and the penalty has to be retaken.

82 mins: Another corner for Chelsea comes to Kovacic who finds Rudiger in the six-yard box. He shoots on the spin and has his effort blocked by Mathias Normann!

Normann dives across the shot and brings it down with his hands. VAR advises Andy Madley to take a look at the monitor, he watches the replay and points to the spot.

80 mins: Save! Ross Barkley is denied by Krul! He turns off the shoulder of Kabak as Kovacic slides the ball into the box and then drills one at goal only for Krul to palm it away with a strong left hand!

The resultant corner it played short to Mount who knocks it inside to Ziyech. Ziyech checks to the left and blasts one at goal only for Krul to push it over the crossbar!

Fantastic double save from the Norwich goalkeeper.

Jaylen Brown ‘Bothered a Bit’ in Return to Celtics Lineup

Is Nigeria vs Egypt on TV? How to watch today’s AFCON game

We Will Try to Give Equal Opportunities to Everyone: Jasprit Bumrah on Road to 2023 World Cup