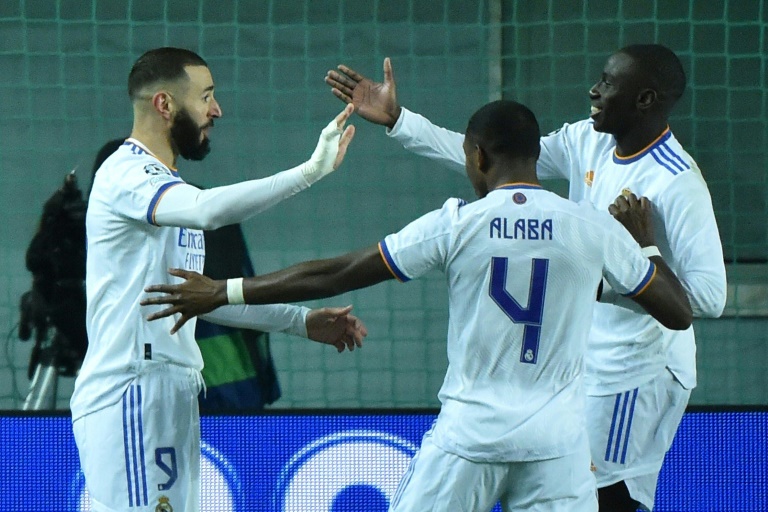 Real Madrid CF approached Matchday 5 of the UEFA Champions League with a major grudge to settle. They did just that on Wednesday evening when they executed a flawless performance to win 3-0 over Sheriff Tiraspol at Sheriff Stadium.

It may be remembered that the two sides met earlier in the Group Stage where the Champions League newcomers shockingly defeated the 13-time European Champions 2-1 at the Santiago Bernabeu Stadium.

It was humiliating as much as it was shocking for Los Blancos, and they needed last night’s victory to get their pride back. The decisive win was achieved thanks to goals from David Alaba, Toni Kroos and Karim Benzema. Manager Carlo Ancelotti know how important it was to come away with three points and he did not hold back and brought in all of his trusted soldiers in the starting XI.

David Alaba continues to prove that he is a real gem of a signing after his free kick remained unbeatable for Sheriff goalkeeper Giorgos Athanasiadis. The former Bayern Munich star drew first blood and gave the visitors a firm grasp on the momentum of the match.

The Spanish giants went into the half-time break just after Toni Kroos doubled the lead via a sublime goal off the crossbar struck with his right boot. The second half was no different, with Real Madrid driving the nail down even further with a Karim Benzema goal fed by Ferland Mendy.

At this point, Ancelotti started to make changes. He took off Alaba, who appeared to have picked up a knock and brought in Nacho. Then, he made more changes at the back with Marcelo coming in for Mendy, followed by Lucas Vazquez for Dani Carvajal.

Sheriff may have been beaten decisively, but to be fair they did not really just roll over. An attempt by Adama Traore forced Thibaut Courtois to make a save midway through the second half, but apart from another attempt that hit the post, they were mostly neutralised.

Now with 12 points in the bag with only one Group stage fixture remaining, Real Madrid are guaranteed to advance into the knockout stage which begins in February. However, they still have to face Italian side Inter Milan to determine the Group D winner.

Osaka advances while Tsitsipas escapes Murray at US Open

Real Madrid hit the jackpot during the summer transfer window

Barcelona financial crisis may be eased through Messi’s example

In ‘Red Dead Redemption,’ the Wild West Is a Refuge