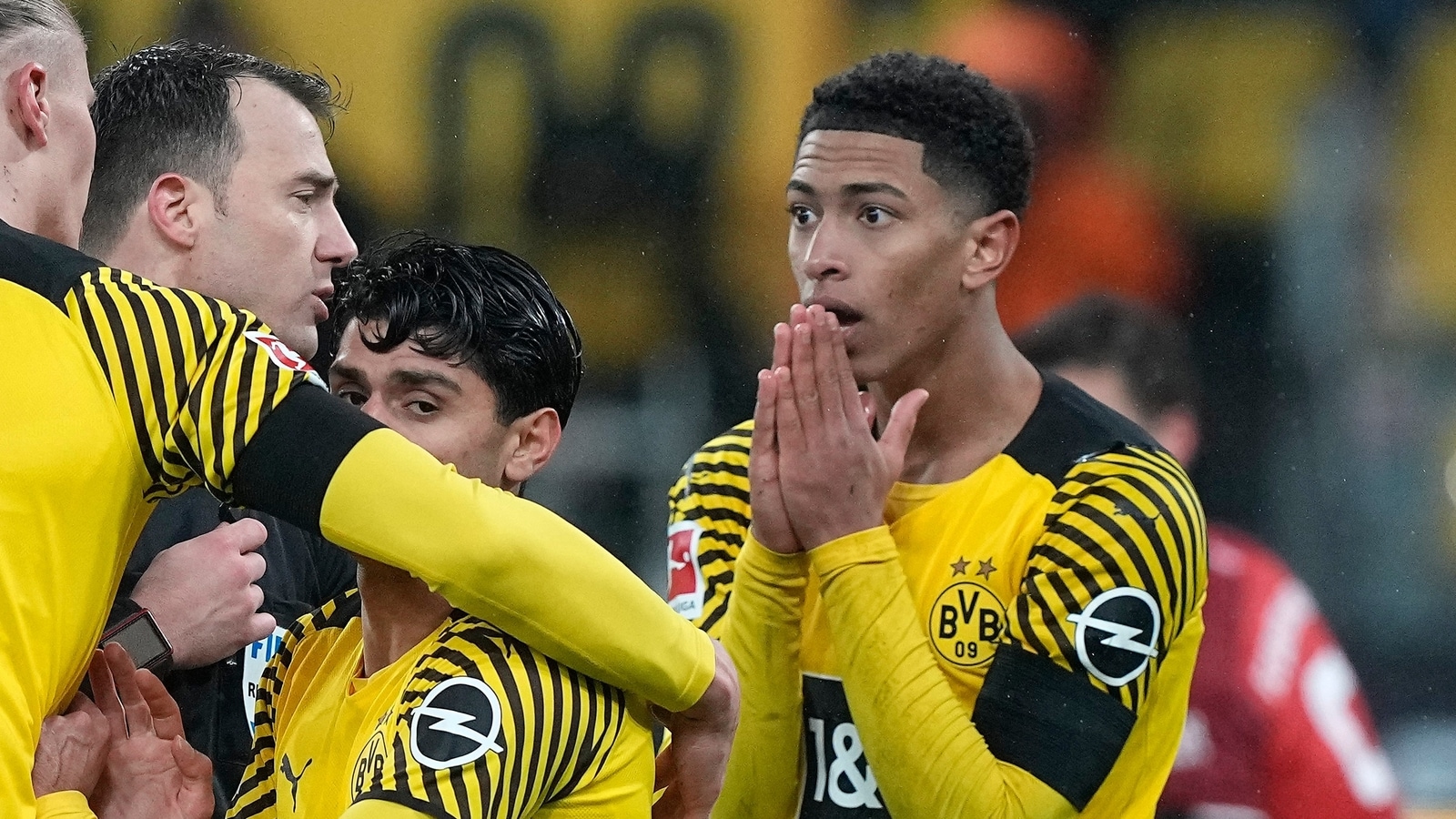 Borussia Dortmund midfielder Jude Bellingham is under investigation from the German Football Association (DFB) after his “match-fixing” remarks against referee Felix Zwayer.

Zwayer was the referee in the Der Klassiker as Bayern Munich defeated Dortmund 3-2 at Westfalenstadion on Saturday. Robert Lewandowski grabbed the winning goal from the penalty spot which didn’t go well with the English international Bellingham.

“For me, it wasn’t [a penalty],” Bellingham told reporters after the game, as per goal.com.

“[Mats] Hummels isn’t even looking at the ball, he’s fighting to get it and it just sort of hits him, it hits him and I don’t even think he’s looking at the ball. You can look at a lot of the decisions in the game, you give a referee that has match-fixed before the biggest game in Germany, what do you expect?” he added.

DFB referee supervisor Marco Haase launched a complaint against Bellingham for his controversial comments on Zwayer.

The head of the German FA’s control committee, Anton Nachreiner, has since confirmed that the midfielder is now under investigation, telling SID, as per goal.com: “The control committee will examine the statement of the Dortmund player Jude Bellingham for its relevance to sports criminal law.”

With the 3-2 win at Borussia Dortmund, Bayern have taken an important step towards topping the pile at Christmas, opening the gap between themselves and their biggest league rivals to four points.

Mary Mouser on Ralph Macchio Once Being ‘a Teen Heartthrob’