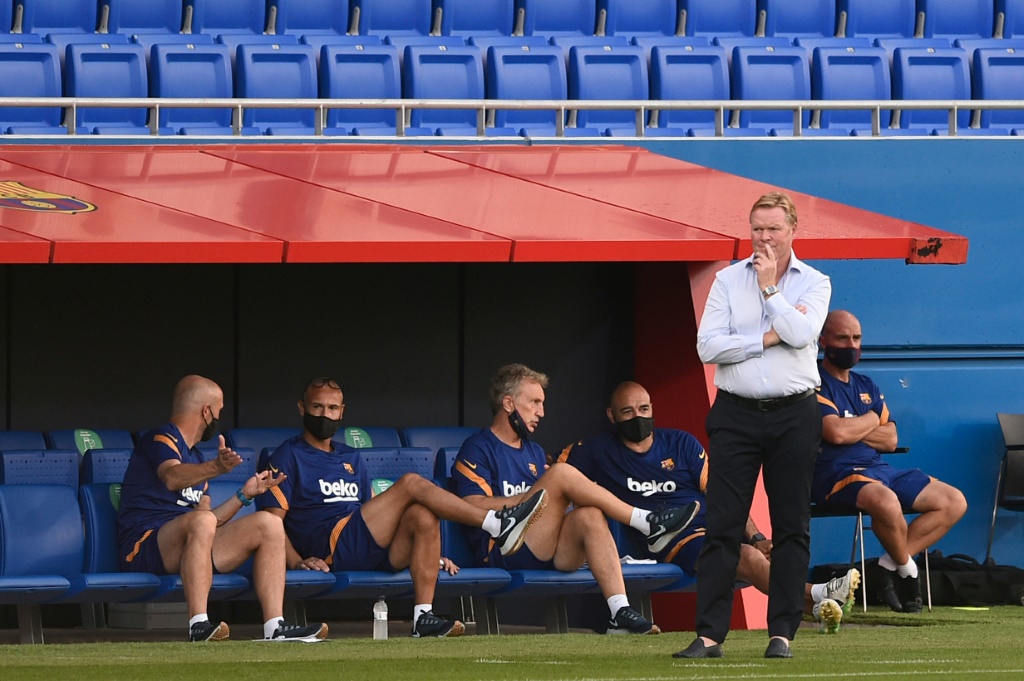 The relationship between FC Barcelona president Joan Laporta and first team manager Ronald Koeman took a turn for the worse in the past week. After an optimistic start to the season, a 3-0 thrashing at the hands of Bayern Munich in the UEFA Champions League has stirred rumours of a possible sacking.

The club’s group stage opener against the German champions brought back nightmares from last season’s 8-2 thrashing. Laporta reportedly had a late night meeting with other club executives at the Camp Nou after the match, and part of the agenda was believed to be the possible sacking of the Dutch coach.

However, Marca reports that the club has “categorically denied” talks of Koeman’s departure. In fact, Laporta is now believed to be calling a truce in their perceived “feud.”

Last week, Laporta opened up to the press about the conditions that he presented Koeman in order to open talks about a contract extension beyond the summer of 2022. Koeman was not too pleased about the president’s decision, saying that conversations about his future should be done in private and not in the press.

Details about Barcelona’s previous plan to replace Koeman at the start of the current season resurfaced, causing more tension to build between the two parties. In the end, Laporta ended up backing Koeman, and things were going well until the fateful clash against Bayern Munich last Tuesday.

Nevertheless, Laporta has reportedly opted out of a public appearance in order to avoid being bombarded with questions about Koeman. This is his way of defusing the situation, in an attempt to foster a truce with the manager.

Now, Laporta will sit back and see what happens in the upcoming matches. Barcelona has a busy month ahead, but the coming fixtures are seen as “winnable” despite the current injury crisis. Koeman will need to deliver the results, or some tough decisions will have to be made.

However, Laporta knows that sacking Koeman also means trying to find a suitable replacement quickly. Hiring someone new will obviously incur unforeseen costs, something that the cash-strapped club can hardly afford. Apart from that, it will also destabilise the squad even more.

A lot can happen in the coming weeks, and it remains to be seen if the post-Messi era will suffer yet another major setback before heading into the road to recovery.

Watford in talks to sign Moussa Sissoko from Tottenham