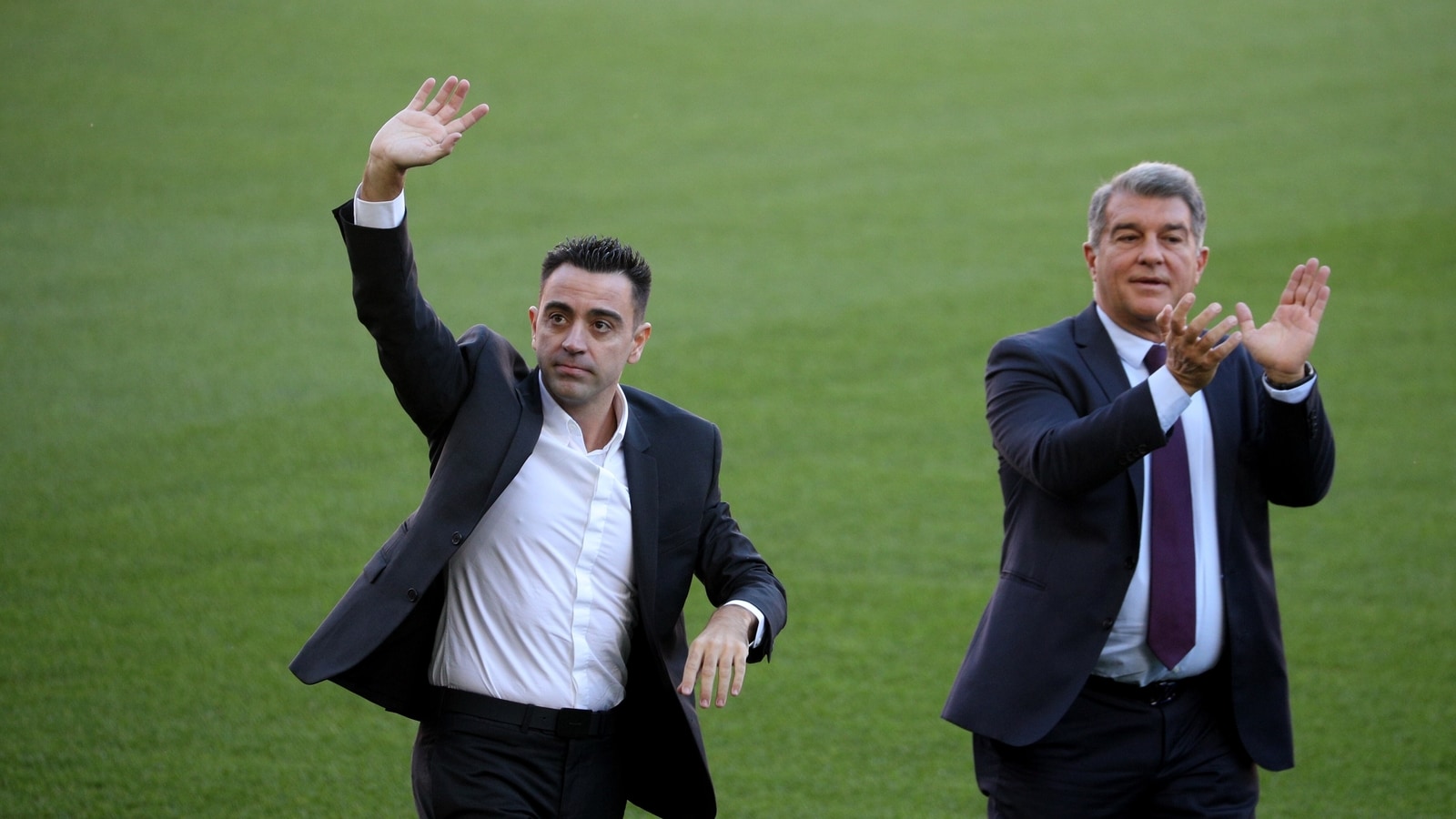 Thousands of fans arrived at the Camp Nou to welcome Xavi Hernández as Barcelona’s new coach on Monday, hoping he can turn the club’s fortunes around after a dismal start to its first season post-Lionel Messi.

Xavi, who thrived in Barcelona’s side for several years when Paris Saint-Germain forward Messi was also in the same team, was officially introduced at a reception usually offered only to top players. Supporters chanted his name and waved club flags in the stands.

The 41-year-old Xavi, who has signed a contract until June 2024, waved back and sent kisses to the crowd after entering the field alongside president Joan Laporta.

“I am very excited,” Xavi told the fans. “We are the best club in the world and we will work hard to be successful. Barça can’t be satisfied with draws or losses. We have to win every match.”

He said he was moved by the welcome and chanted along with the crowd. Some of his relatives were also on the field during his presentation.

“We need you,” Xavi told the fans. “Especially during the bad moments. We are in a difficult situation as a club. We need you more than ever.”

Xavi was hired last week to replace Ronald Koeman, who couldn’t get the squad going this season amid one of its worst-ever crises on and off the field. He takes over with the club in ninth place in the Spanish league and second in its Champions League group.

He returns to a club mired in financial difficulties and finds a squad depleted by injuries and struggling with young players and untested new signings.

“It’s a dream come true,” Xavi told the Barcelona website earlier on Monday. “I know the club is going through a difficult moment but I feel like I’m prepared.”

Ansu Fati and Eric Garcia are the latest players to be added to the club’s injury list, joining Sergio Aguero and Gerard Piqué among others.

Xavi faces a tough schedule, with his first match in charge being the league derby against Espanyol on Nov. 20 at the Camp Nou. The club next hosts Benfica in a match that could decide its fate in the Champions League, a competition in which it hasn’t failed to advance past the group stage in nearly two decades.

Barcelona’s next matches are at Villarreal, against Real Betis and at Bayern Munich in the Champions League.

Xavi will lead the squad in training for the first time on Tuesday, though most of the team’s top players will be on international duty.

Barcelona had been coached by interim manager Sergi Barjuan, who is now back with the club’s “B” squad. In the three matches under his command, the team drew 1-1 with Alavés, won 1-0 at Dynamo Kyiv in the Champions League and drew 3-3 at Celta Vigo on Saturday after squandering a three-goal lead.

Xavi played for Barcelona until 2015, helping the club win 25 trophies, including four Champions Leagues and eight Spanish leagues in 17 seasons. He was also key to Spain’s run of titles when it won the World Cup in 2010 and the European Championships in 2008 and 2012.

He had been at Al-Sadd since leaving Barcelona, first as a player and then as coach. He leaves with the team top of the Qatari league after nine games as it attempts to retain its title.

Xavi turned down his first chance to coach Barcelona in January 2020 after Ernesto Valverde was fired in the middle of the season. He said he was not fully prepared at the time.

Meet Emma Raducanu, the 18-year-old rising star lighting up the US Open

Is Pacos Ferreira vs Tottenham on TV tonight? Kick-off time and channel

How HGTV Star Drew Scott Has Managed His Reactions