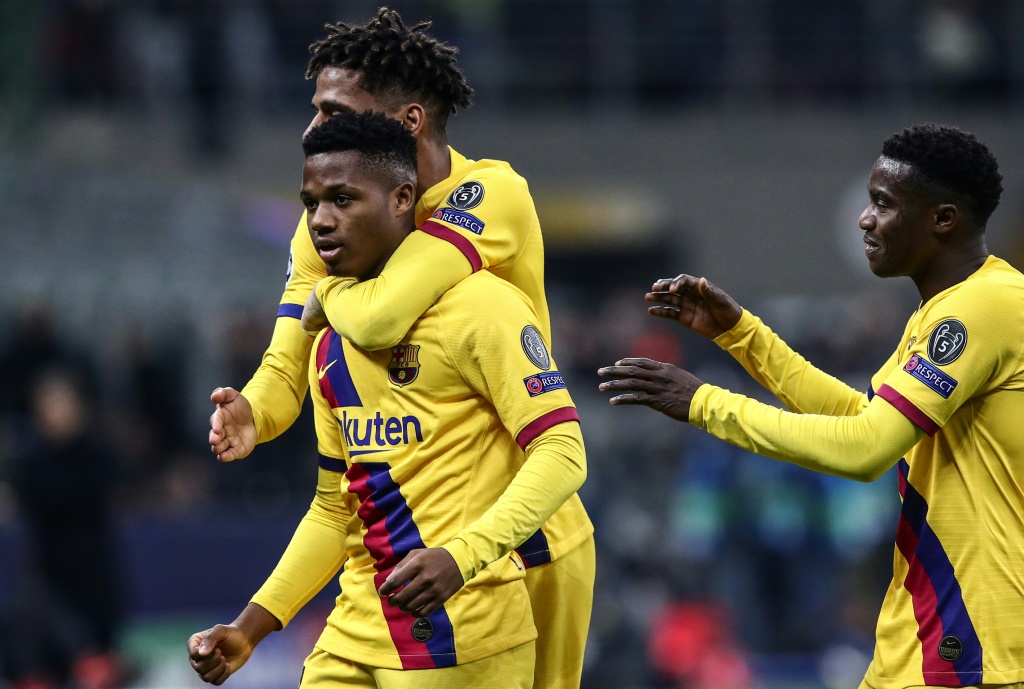 Following the departure of Lionel Messi over the summer, FC Barcelona handed his number 10 jersey to teenage sensation Ansu Fati. Now, the club is reportedly eager to get the player to sign a new contract and they plan to protect his future with a 1 billion euro release clause.

The Blaugrana are busy locking down their young players, with the official announcement of Pedri’s renewal expected to come out today. It was earlier reported that the midfielder’s new deal comes with a 1 billion euro release clause, and now Marca reports that Fati will be offered the same.

Pedri’s deal will reportedly tie him down to the Camp Nou all the way until 2026. A similar long-term deal is expected to be offered to Fati. Both teenagers are being groomed to be the future standard bearers for the Catalan giants. For Fati, the responsibility is even bigger, after having been handed the former captain’s number 10 jersey.

The forward’s renewal has been in the works for a number of months, but nothing has been finalised due in part to the fact that he had been sidelined for almost a year due to a knee injury he picked up in the middle of the previous season. Barcelona were wise to hold back on signing a long-term deal before they saw how well the player performed on his comeback.

On the other hand, Fati’s camp will also be cautious about signing off his future with a club that is currently deep in a financial crisis. The last thing they want is to be stuck with a club that can’t pay what the player ultimately deserves.

It will be a gamble on both sides, but Barcelona are reportedly keen on keeping the budding superstar. They are on a mission to rebuild in the post-Messi era, and a handful of young players with massive potential can provide the backbone to the long-term project.

Elsewhere, the Catalan giants are also trying to extend the contracts of a handful of other players such as Ousmane Dembele, Ronald Araujo, Sergi Roberto and Gavi. The new deals are not expected to pay eye-watering amounts due to the club’s financial limitations, but they will be hooping to keep players who believe in the project and are willing to sacrifice to help the club get back on its feet.

Novak Djokovic Will Need to be Vaccinated to Play Australian Open: Minister

‘Sachin Tendulkar Did Same Under so Many Captains’: Virender Sehwag Suggests a Special Role For Virat Kohli Under New Skipper

Australia batter Will Pucovski takes another blow to the head