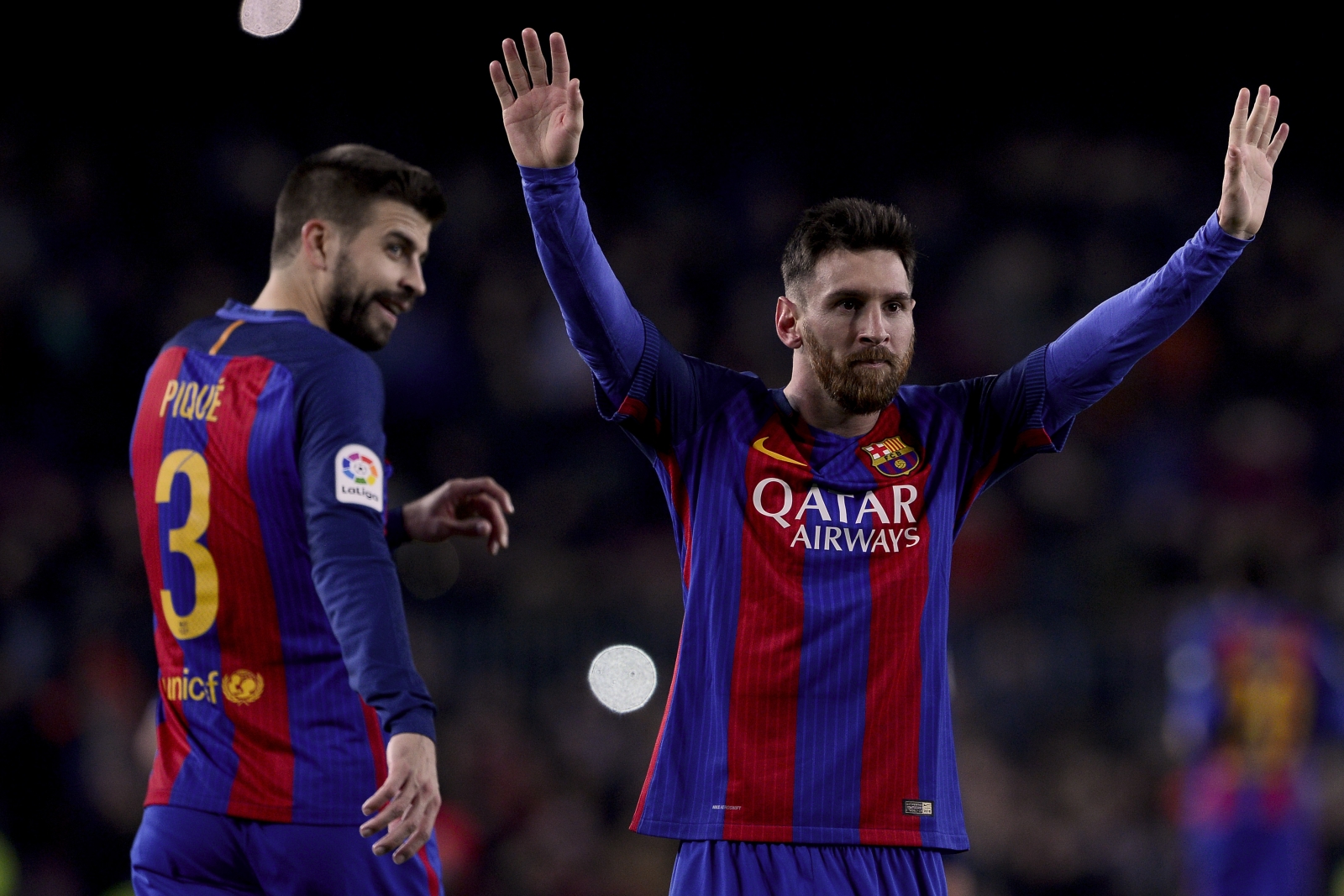 FC Barcelona captain Gerard Pique may have agreed to a massive salary reduction, but he is set to make a massive profit off his former teammate Lionel Messi. Reports from Spain have revealed that Pique’s company, Kosmos Holding, has bought the rights to air Ligue 1 matches in Spain ahead of Messi’s much awaited debut for Paris Saint-Germain on Sunday.

The former Barcelona captain has yet to make an appearance for PSG since joining the French giants earlier this month. Manager Mauricio Pochettino has been patiently biding his time before calling up the Argentine superstar. However, reports now suggest that he will finally play in a PSG shirt when they travel to the Stade Auguste-Delaune II at 20:45 CEST on Sunday to face Reims.

Spanish streamer Ibai Llanos has announced that he will be airing the match for free on his Twitch channel. Meanwhile, according to Marca, Spanish TV channel Telecinco have also acquired the rights to air Messi’s historic debut for a team other than Barcelona.

It remains unclear what the deal is between Pique’s company and Llanos or Telecinco, but it is believed that he is planning to sub-license the Ligue 1 broadcast. Spanish company Movistar previously owned these broadcast rights, which were promptly snatched up by Pique in light of recent events.

The Ligue 1 is in a massive frenzy, as they await the first appearance of Messi. On top of that, former Real Madrid captain Sergio Ramos is also due for his own debut with PSG. He arrived in the French capital just weeks ahead of the Argentine, in yet another of this summer’s most shocking transfers.

Ramos and Real Madrid failed to come to an agreement about a contract extension, while Barcelona failed to balance their books enough to be able to afford Messi. As such, the two captains of the biggest rival football clubs in Spain are sitting in the same dressing room in France.

This means that there will be much interest in Spain to watch the Ligue 1 matches this season, and it will likely be a worthwhile venture for Pique. It will be a welcome investment after losing a large chunk of his income thanks to Barcelona’s financial crisis.

Due to the Blaugrana’s failure to offload their high earners, they have been forced to ask the squad to accept salary cuts, with Pique leading the way.

Richarlison ‘wants to do well’ for Everton, says Rafael Benitez

Solskjaer says not impossible to leave Ronaldo out of team