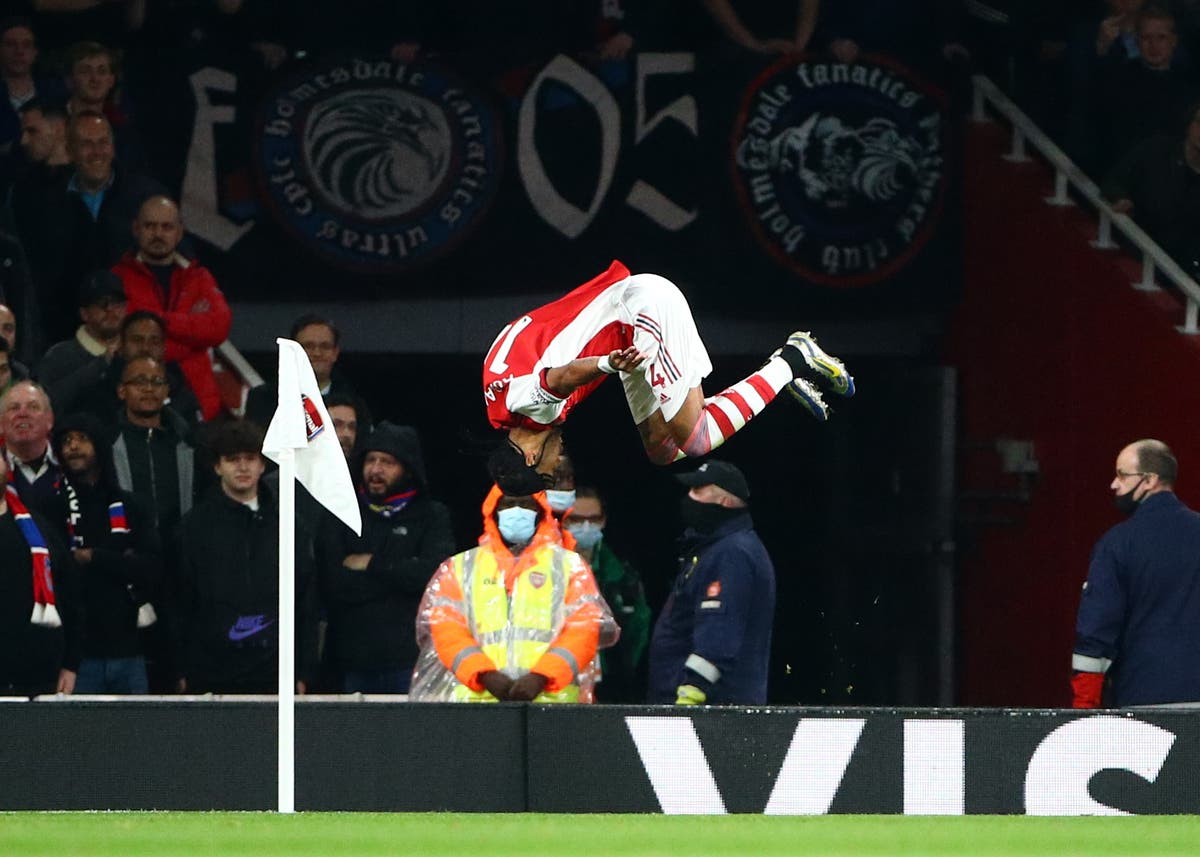 Arsenal are taking on Crystal Palace tonight in the Premier League as they seek to keep up their improving form under Mikel Arteta. The Gunners have three wins and a draw from their past four league games and a win here would propel them to ninth in the table, marking a strong recovery after losing their opening three matches in dismal style.

Palace are improving too though under new manager Patrick Vieira, and with only two losses from their opening seven games it seems Palace are a tougher opposition than they might have been in years gone by. The arrivals of midfielder Conor Gallagher and striker Odsonne Edouard this summer have added attacking firepower to Wilfried Zaha’s speed and skill, and a win here would see Palace leapfrog the Gunners into 13th place.

Vieira’s return to the Emirates also sees a match up of former Arsenal captains during the Arsene Wenger years. “What I really wanted was to come back to the Premier League to manage and I’m really lucky to be in a good football club,” Vieira said this week. “There is the foundation to express myself as a manager and I want to grow with the club.” Follow all the action from the Emirates Stadium below, live.

21 mins: Saka is clipped in midfield but referee Mike Dean plays advantage with Odegaard streaming forward. He lays the ball off to Aubameyang who flicks it over the top and finds Pepe in the box. He brings the ball down and shifts to the left but Tyrick Mitchell is on top of him quickly and wins the ball.

18 mins: Arsenal defend Palace’s first corner but the visitors regain possession and knock it back to the defence. Joachim Andersen fires an optimistic long diagonal pass up towards Edouard but Tomiyasu covers it and heads the ball out for a throw in.

15 mins: There’s some crossed wires between Pepe and Saka as the former chips a pass into the left side of the box but Saka doesn’t make the run. Arsenal get lucky though as the ball takes a deflection and goes out for a corner.

Odegaard delivers the corner into the middle of the box. He falls for Pepe who skews a shot into James McArthur who boots the ball away.

12 mins: Crystal Palace clear their lines and send the ball up to Odsonne Edouard. He carries it down the inside left as Palace fly forward on a break. Benteke is up with him and Edouard slips the ball into the box for the striker. Jordan Ayew provides Benteke with an option to the right but he goes it alone and falls over when sandwiched between Gabriel and Partey. He wants a penalty but doesn’t get one.

8 mins: Arsenal take an early lead through a great Pierre-Emerick Aubameyang finish! Odegaard swings a deep corner into the penalty area but it flies over everyone and comes out to Pepe on the right side. He plays a one-two with Takehiro Tomiyasu to hget back into the box before cutting onto his left foot and curling a shot towards the far corner. Vicente Guaita leaps across to the right and makes a fantastic save to deny Pepe but the ball rebounds out to Aubameyang near the back post and he volleys it home on a tight, tight angle. Arsenal lead.

6 mins: Conor Gallagher and Martin Odegaard both challenge for an aerial ball in the middle third of the pitch. Gallagher leans on the Arsenal midfielder and gives away a foul.

Arsenal work the ball quickly over to the left side of the pitch where Bukayo Saka drives forward and swings a cross into the box hoping to pick out Aubameyang but Marc Guehi jumps in front of the Gunners’ captain and heads the ball clear.

3 mins: Arsenal look to take control of possession in the middle of the pitch but a loose backward pass gives the ball away to Christian Benteke. He drives up the pitch and takes the ball to the edge of the box. Arsenal’s central defenders back off him but Thomas Partey sprints back to win the ball with a nice tackle.

Kick off: Crystal Palace get the match rolling. The ball is sent down the left wing and goes straight out for an Arsenal throw in.

Luka Milivojevic leads out Crystal Palace with Pierre-Emerick Aubameyang taking charge of the Gunners. The players make their way out of the tunnel followed by the managers. Patrick Vieira gets a great reception from the Arsenal fans.

Predicting how Brighton vs Watford will play out tonight