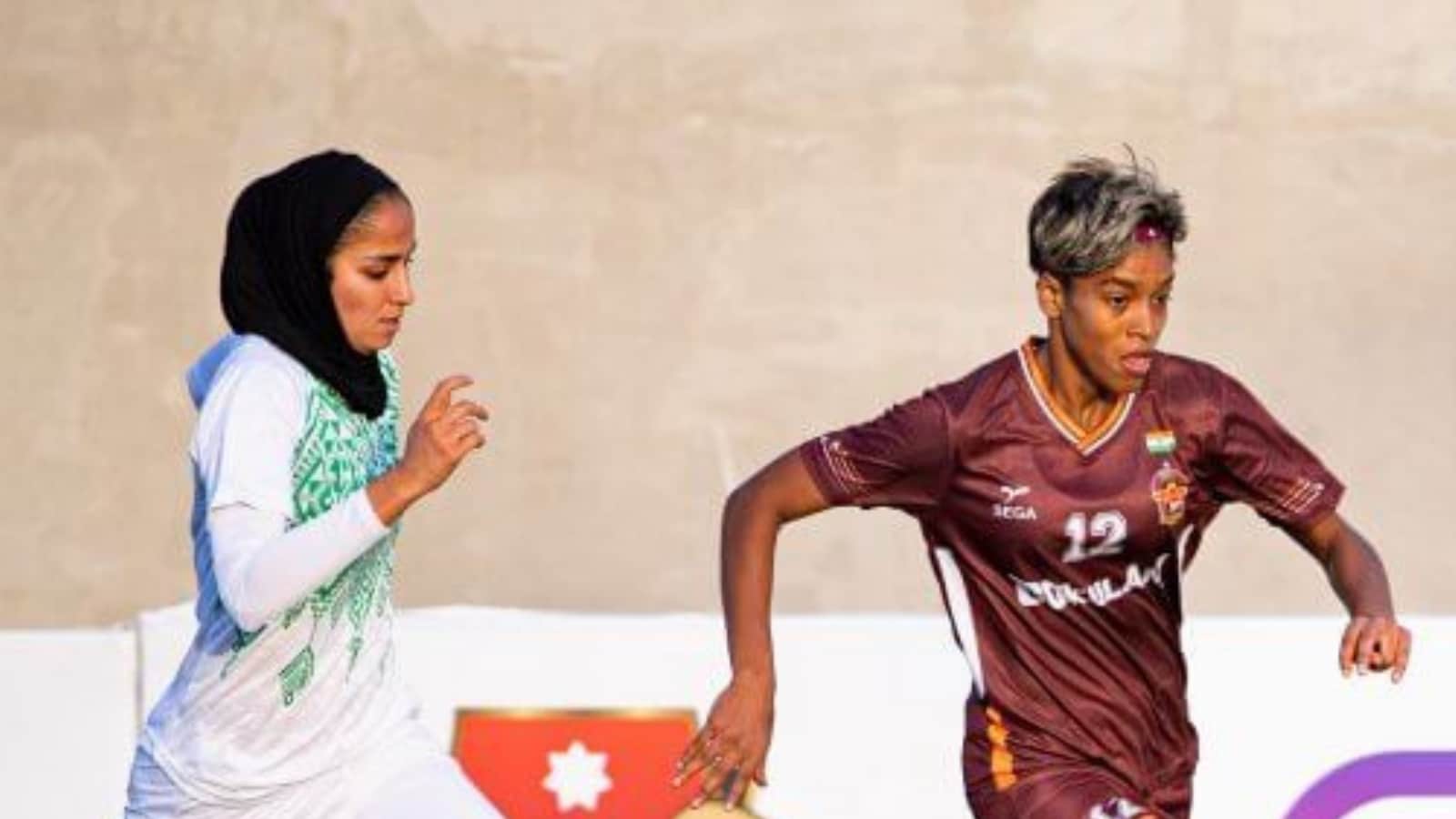 Gokulam Kerala FC suffered a defeat at the hands of Shahrdari Sirjan in their second match of the AFC Women’s Club Championship, at the Aqaba Development Corporate Stadium in Aqaba, Jordan on Wednesday, November 10, 2021.

After the first half that ended in a stalemate, Sirjan took the lead through a Afsaneh Alizadeh free-kick, goalkeeper Aditi Chauhan was sent off for a tackle.

It was a tightly-contested affair between the Indian and the Iranian sides, but Gokulam were able to get off to a better start, enjoying more possession in the opposition half in the opening exchanges.

Manisha managed to break free on the left flank, in the first quarter of an hour, as she entered the box, dribbled past two defenders, proceeded to the goal-line, before producing a cut-back for Gokulam’s Burmese midfielder Win Theingi Tun. However, Shahrdari Sirjan goalkeeper Arefeh Kazemi intercepted the cross.

With the half-time break soon approaching, Elshaddai Acheampong managed to latch on to a stray ball on the edge of the area, and got her shot away, but it was blocked by the Sirjan defence. The Gokulam players did appeal for a suspected hand-ball inside the box, but to no avail.

With just seconds of added time left for the half-time break, Manisha lurched forward in a counter-attack from the left flank, cut past a defender and fizzed in a cross, but that too was intercepted by Kazemi.

After the change of ends, Sirjan came off with all guns blazing and produced frequent attacks. Close to the hour mark, Zahra Alizadeh was put through on goal via an aerial through ball, that bounced outside the Gokulam penalty area. Keeper Aditi Chauhan rushed out of the box to clear the danger, and in her attempts to do so, collided with Alizadeh.

The Gokulam custodian was sent off for the challenge, and Sirjan were awarded a free-kick, which was duly converted by Afsaneh Chatrenoor, after delay that lasted almost 10 minutes while Alizadeh was being treated on the pitch.

Despite being down to 10 players, Gokulam pressed forward, looking for the equaliser, and almost found it on the 87th minute, when Acheampong started a counter-attack from the centre, playing it to substitute Soumya Guguloth, who put Dangmei Grace through on goal. The pacey winger attempted a delicate finish, that was palmed onto the post by Sirjan keeper Kazemi. Acheampong did manage to get a shot off on the rebound, but it was blocked by a melee of Sirjan legs.

With less than a minute of added time left on the clock, the Malabarians had one last go, as Manisha put Soumya Guguloth through on the left, inside the penalty box. The latter pinged in her cross, aimed at Acheampong, but the Sirjan keeper came out to pluck it out of the air, as the referee blew her whistle.

BP is like a cash machine, claims boss as price of oil and gas soars