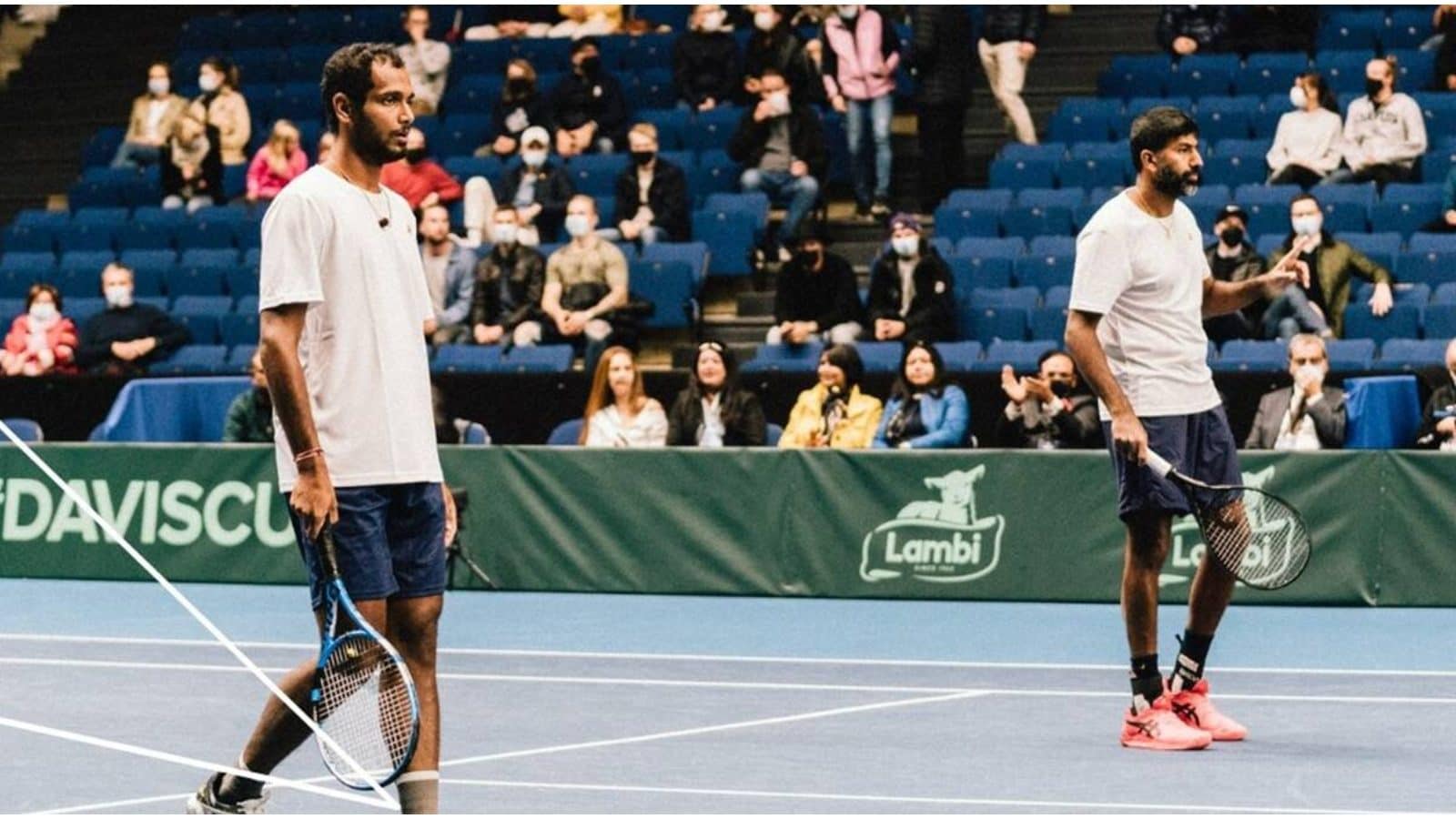 Rohan Bopanna and Ramkumar Ramanathan blew away their chances in the must-win doubles match as India lost the World Group I tie to Finland after conceding an unassailable 0-3 lead, here on Saturday. Captain Rohit Rajpal changed the doubles combination at the last minute by pairing Bopanna with Ramkumar instead of left-handed Divij Sharan but nothing helped as they lost the crucial match 6-7(2) 6-7(2) to Henri Kontinen and Harri Heliovaara in one hour and 38 minutes. Both Prajnesh Gunneswaran and Ramkumar had lost their singles matches on Friday and to stay alive in the tie, the Indians needed to win the doubles.

The reverse singles have now been rendered inconsequential.

Heliovaara was considered the most vulnerable of all four players on the court but he raised his game by several notches and created a huge impact on the outcome of the match with his fearless approach.

The Indian, on the contrary, fumbled even when they had advantage as they squandered as many as four breakpoints in the eight game of the second set when winning that game could have given them the chance to put the hosts under the pump.

After doing all the hard work, the Indians cracked at crucial junctures.

At 3-3, the Indian pair attacked the serve of Heliovaara, going 30-all but the home player served big on the next two points to ensure the set stays on serve.

Eventually the opening set went to tie-breaker. Heliovaara found a stunning service return winner off Bopanna on the second point to get the mini break and also held his serve as Finland took a 4-1 lead.

Then came Ramkumar’s double fault and a volley error at the net that gave Finland players five set points. They converted the second when Ramkumar could not return Kontinen’s serve.

A forehand winner by Ramkumar at 30-all in the second game of the second set, set up the first break chance for India and they converted when Kontinen could not return Bopanna’s backhand.

However, the big-serving Bopanna dropped his own serve in the next game when he made consecutive unforced errors.

Bopanna’ serve again came under attack but he managed to hold after going down to deuce points from 40-15 as India led 4-3.

In the next game, the Indians went up 40-0 on Heliovaara’s serve but blew away all three breakpoints and later one more to let the rivals hold for a 4-4 scoreline.

Another tie-breaker followed. Helovaara pulled of a sensational forehand winner at 5-2 to get to first match point and it was all over for India when Ramkumar could not return the ball in the next point.

Zimbabwe Defend 13 Runs in Final Over to Beat Scotland, Series Level at 1-1

What makes a winning Ryder Cup captain? It’s not an exact science

‘The Reds have got no money’: New Liverpool chant strikes the wrong note

The One Essential Skill You’re Not Interviewing For

What are the new travel changes and how will rules work?