Who is Lord Patel and can he resolve the Azeem Rafiq racism crisis? 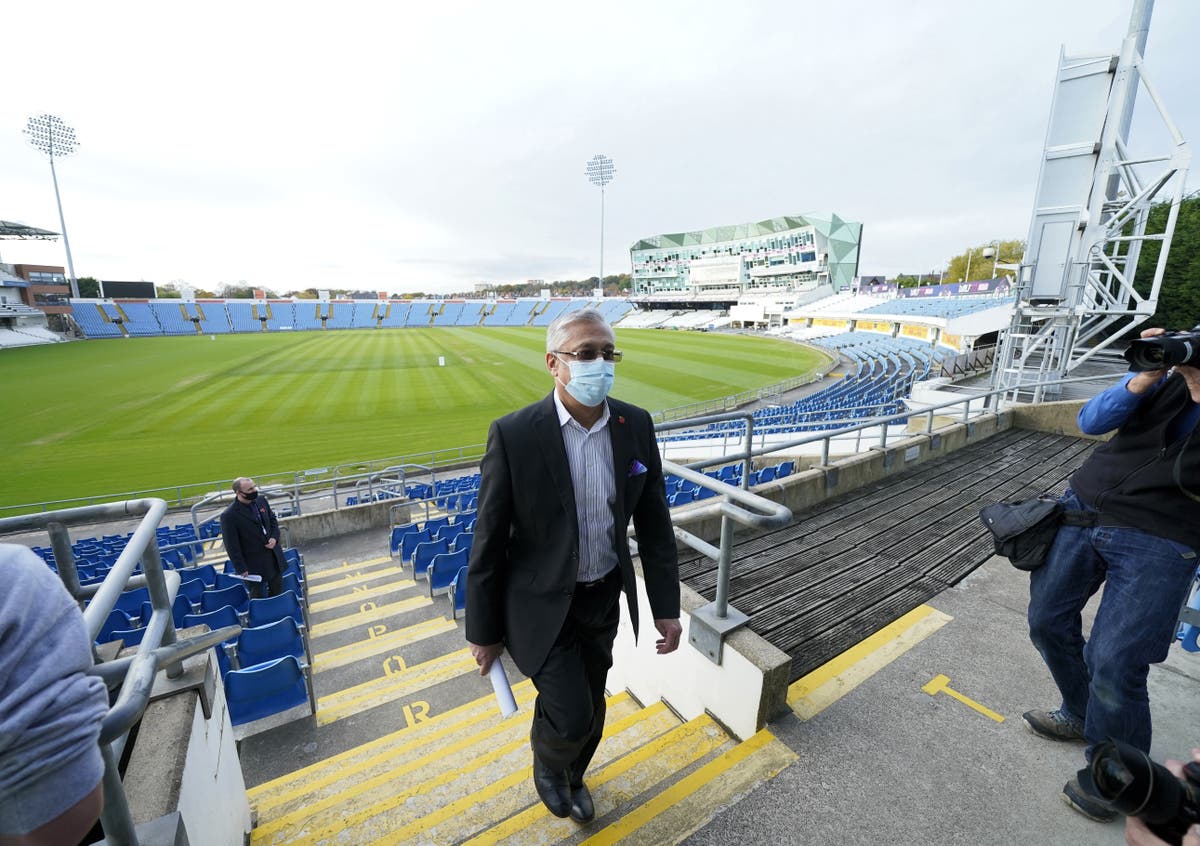 Yorkshire’s new chairman Lord Kamlesh Patel appeared in front of the media on Monday to discuss his appointment and plans to lead the club’s response to the ongoing Azeem Rafiq racism crisis.

Here the PA news agency looks at some of the key issued raised.

Who is Lord Patel and what is his role in the case?

Born in Kenya but raised in Bradford, Patel is a fresh face at Yorkshire He was only appointed to his post on Friday following the resignation of Roger Hutton and represents a new broom at Headingley He is, though, a vastly experienced figure inside and outside cricket. He was a ECB board member for five years, was key to the development of the governing body’s South Asian Action Plan aimed at improving relations with the community and has worked as an adviser to the government on issues of mental health and racial equality.

He’s only been in the job for 72 hours. What has he been able to do?

Patel has clearly been busy and came armed with a raft of announcements. He revealed the club had settled Rafiq’s employment tribunal – with financial compensation – would be setting up a whistle-blowing hotline for others and has pledged to review its diversity and inclusion protocols. He has also made sure the full, unredacted independent report into Rafiq’s claims has been shared with a host of interested parties – including Rafiq’s own legal team, the Equality and Human Rights Commission and the MP Julian Knight who chairs the parliamentary Digital, Culture, Media and Sport committee.

Is this the end of Rafiq’s battle?

Far from it. Patel has made it clear there is no gagging order – or non-disclosure agreement – as part of the club’s offer to Rafiq. He is, therefore, clear to continue speaking freely about his experiences. He will get the chance to do so under parliamentary privilege at a DCMS hearing on November 16. Rafiq has also called to stand with others who may now wish to come out and speak publicly about their own experiences. There is even the outside chance of a future employment at the White Rose, after Patel hailed his “cricket intelligence”.

Can we expect any more departures at Headingley?

Health secretary Sajid Javid memorably tweeted that “heads should roll” after seeing extracts of the independent report in the media, but so far the only departures have been Hutton and some non-executive directors of the board – all by their own decision. Rafiq reiterated his calls for chief executive Mark Arthur, director of cricket Martyn Moxon and unnamed members of the coaching staff to depart. They have refused to go of their own accord up until now but Patel has said he will “make the right decisions” over individuals once he has reviewed the evidence and held discussions. It is not inconceivable that he could make his own interventions once that has happened.

What next for Michael Vaughan and Gary Ballance?

Former England captain Vaughan revealed in his Daily Telegraph column that he is named in the Rafiq report but has strenuously denied claims he said “too many of your lot, we need to do something about this” to a group of Asian team-mates over a decade ago. Patel has invited him to engage with any new investigations the club decide to make and has promised a fair hearing to anyone who does so. Former Yorkshire captain Ballance, meanwhile, has admitted using a “racial slur” against Rafiq and is still on the books. Patel says anybody who wishes to explain away such acts as “banter” will be shown the door but has left it open for genuine contrition to be shown.

Can Yorkshire bring back sponsors and save its England matches?

As well as reputational damage, Yorkshire have suffered a huge financial setback as a result of its mishandling of Rafiq’s claims. A slew of key commercial partners have backed out and, even more worryingly for the bottom line, the ECB has suspended Headingley’s status as a host venue for international cricket. Patel has already started to meet with sponsors, and will be eager to bring some back to the table. If not, he will attempt to attract replacements with his vision for the club. As for regaining England matches – including a Test and an ODI next summer and a lucrative Ashes clash in 2023 – he will need to show further decisive action to go with his words. There is no firm timeline for a decision, but satisfying any demands will be a major priority for the new regime.

After Making the Most of the Pink-Ball Test in Australia, Bigger Test Awaits Smriti Mandhana in New Zealand

Neymar ruled out of PSG’s Champions League clash with Leipzig

Never Have I Ever’s Poorna Jagannathan: ‘I love the ferocity of the MeToo movement in India’