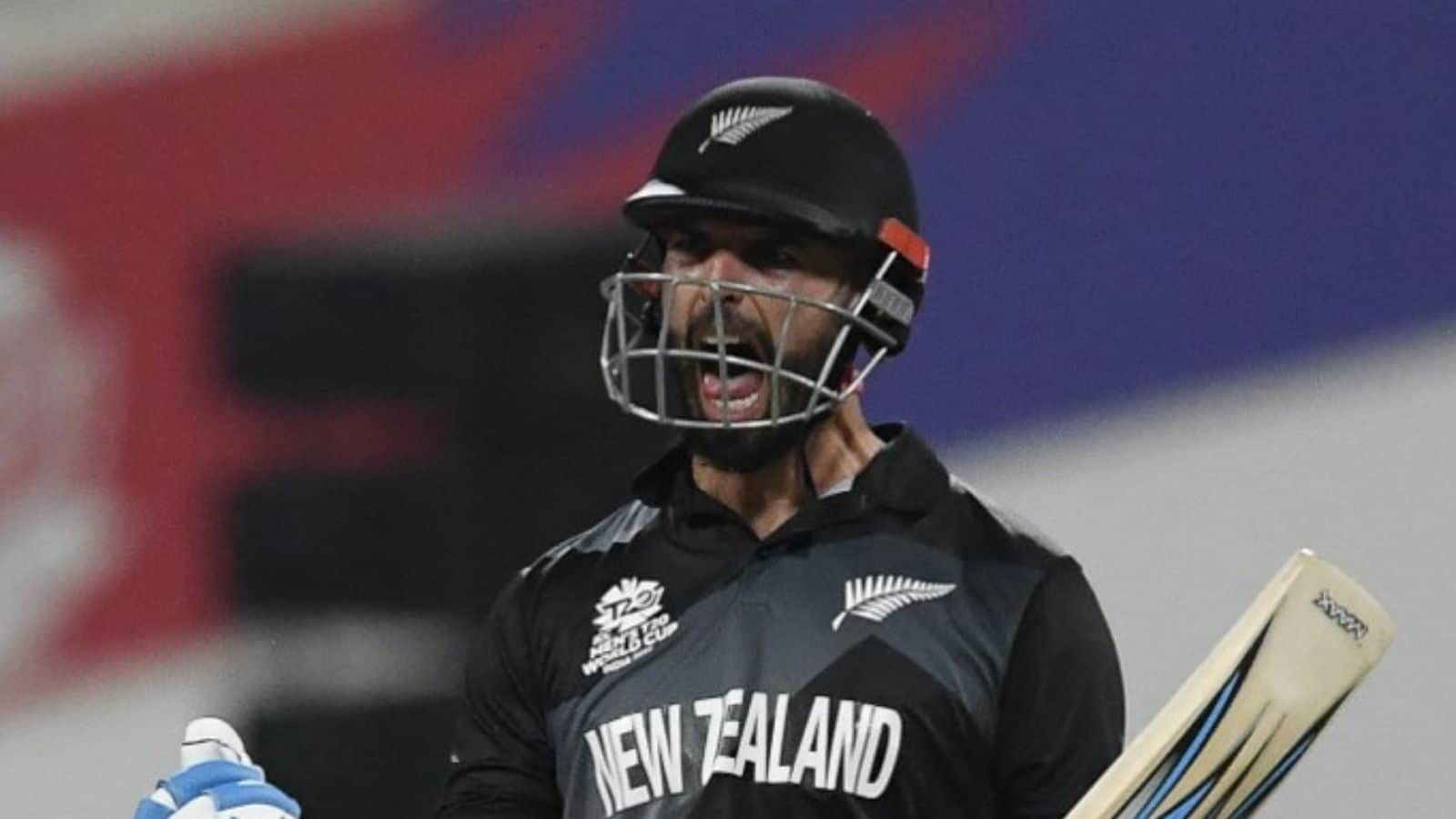 Daryly Mitchell is a virtual nobody.

On one Twitter account he has fewer than 400 followers, on another he is short of 9000. Whichever you choose to follow, he is a man of little online influence

And yet, he is a real life hero.

Mitchell commandeered New Zealand’s chase of 167 in a semifinal against England and got his team home with plenty to spare in a match they had no business winning.

When the in-form Martin Guptill chipped one to the fielder in the ring to leave New Zealand at 4 for 1 and Kane Williamson was strangled for an 11-ball five by Chris Woakes, New Zealand were reduced to 13 for 2.

Their campaign in the 2021 World Cup was as good as over against a team that was playing barnstorming cricket.

In the early stages of the match, it appeared as though Mitchell — a one-time finisher for various teams and lower-order batsman — was out of his depth.

Mitchell did not quite swing and miss, but, rather played a waiting game that was more suited to chasing 137 rather than 167.

He did not play a shot in anger as he got to 28 in 27 at the end of 11 overs, New Zealand being 73 for 2 with them looking like the chase was dead in the water.

Mitchell was scratchy, not timing any of his strokes ideally, finding fielders when he struck the ball well, and generally looking like more of a liability than an asset.

There was a time when it appeared that New Zealand’s best chance would come from running Mitchell out and getting more proactive and effervescent cricketers to the crease.

But, as he battled on, England began to sense that a problem was afoot.

While Liam Livingstone was living the dream with his slow bowling, Jimmy Neesham joined Mitchell at the crease in the 16th over, with New Zealand needing 60 runs from 30 balls.

In the next over, Jimmy Neesham took 23 off Chris Jordan. England believed that this would an over in which they further pushed the required rate up, but it was one tiny turning point in the match, of which New Zealand won nearly all.

When Neesham fell, almost dropped by Eoin Morgan, slashing to off, there was another collective silence. But he had made 27 in 11 balls, and given the likes of Mitchell a chance to die another day.

Earlier, Neesham had chipped in with two overs for 18 runs, bowling a hard length, and in all was a contender for player of the match, given his contribution.

But, what Mitchell did from there on ensured there as no discussion on the subject. New Zealand needed 57 from four overs and with the power hitters all gone, it seemed a lost cause.

Mitchell did not just find another gear to his batting, he pulled out the big hits just enough to end on a 47-ball unbeaten 72 to take his team into the final.

It’s another matter that Mitchell had never opened the batting for New Zealand before this World Cup.

When Williamson was asked about the experiment of sending Mitchell up the order, he was clear. “In terms of spirit or character, it was not an experiment,” he said. “We have seen this with Mitchell in every innings he has played for New Zealand. We knew what to expect.”

To be fair to Mitchell, he had scored 28 from as many balls, which was an unacceptable result in T20 cricket.

However, he scored 44 in the remaining 19 balls he faced.

New Zealand wrapped up their win with an over to spare.

It should not have been that way.

But, Williamson spoke of how his team had won all the small moments that make up a contest.

In this case, it was true.

He might have been speaking of the moment in which he went full-length to take the catch of Jonny Bairstow, a catch that might have gone down in other circumstances.

Williamson might have referred to a couple of moving overs in England’s defence when a wicket or two would have changed the complexion of the game.

He could even refer to the catch on the boundary that never was, when Jonny Bairstow, without his big gloves, flicked one back to Livingstone, only for replays to show that he had already made contact with the boundary ropes.

At the end of the game, Mitchell was staying in the moment as much as he could. “Look, we’re a bunch of Kiwis. There’s only five million of us, so we’re obviously very proud to be representing our country. Yeah, obviously we’ve had some success in the last few years. But we’re going to enjoy the win tonight,” he said.  But then we move on pretty quickly. We know that we have a final on Sunday, and whoever we’re taking on should be good fun. We’ll give it everything we’ve got, but at the end of the day there’s certain things you can’t control, so we’ll see what happens.”

The Rise And Fall Of Startup Darling Elizabeth Holmes