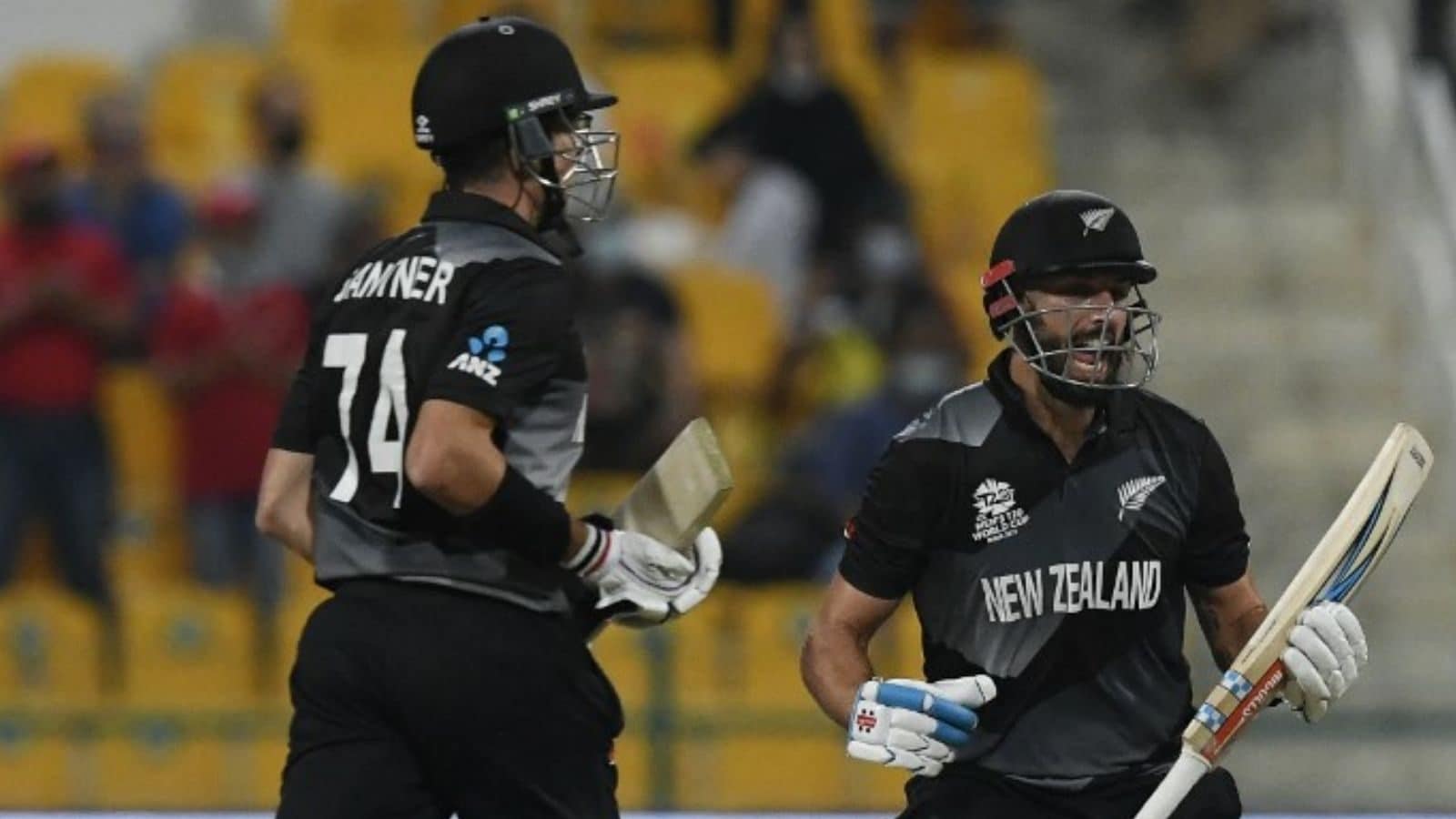 Since 2015 New Zealand have made it to two consecutive 50-over World Cup finals, won the inaugural ICC World Test Championship, and have booked their place in the final of a T20 World Cup – their first ever in the format – and on Sunday, will meet the winner of the second semi-final between Pakistan and Australia for a shot at glory. Safe to say New Zealand have been one of the most consistent teams in recent times and a second silverware in the year will only be proof enough of how good the Kane Williamson-led side have been.

They did not have the best of starts to the tournament losing to Pakistan, but got back on track with a clinical win over India and then polished off their lower-ranked opponents in subsequent group games to make it to the semi-final, finishing second in the group behind Babar Azam’s Pakistan. That meant they had the tough task of facing the winner of the other group – a marauding England side. However, England went into the game sans their best batter Jason Roy and their death-over specialist Tymal Mills.

Despite injury blows, England dominated for the most part of the game and on a tough dual-paced wicket, England totaled 166, and even though Eoin Morgan termed it as par score, it looked more than enough. The wickets of in-form Martin Guptill and skipper Williamson early in the piece set England on course, or one though it did. Daryl Mitchell is a middle-order batsman and since making his international debut in 2019, the 30-year-old had never opened the innings in any format. The highest he had batted before the T20 World Cup was at No.4 in his debut T20I series against India in 2019. However, the NZ think tank took the bold decision to have Mitchell up the order and push down the likes of Glenn Phillips and Devon Conway. Having Conway at No.4 provided stability for NZ batting line-up and the grafter Mitchell up the order complimented the big-hitting Martin Guptill. In his first game as an opener, Mitchell made a decent 27 off 20 balls and then motored the chase against India with 35-ball 49. Scores of 13, 19, and 17 followed against Scotland, Namibia, and Afghanistan, respectively. Not that Mitchell made a telling impact opening the innings, but he looked unfazed by the new role and NZ’s strategy paid off eventually when Mitchell, son of former All Blacks rugby coach John, fought through a tough phase of batting to score an unbeaten 72 off 47 balls against England on Wednesday to take his team home for an improbable win.

His semi-final knock was reminiscent of Grand Elliot’s heroics in the 2015 50-over World Cup semi-final against South Africa. With NZ down and out, Elliot fought hard to score a match-winning 84 off 73 balls in what is considered one of the best World Cup knocks. Mitchell’s 72* will also be up there amongst the best under pressure in the T20 World Cup.

Focussing back to the team, and the transformation the Black Caps have had since 2013 has been nothing short of stunning. The Kiwis had always been seen as the dark horses; a team that more often than not punched above their weight in ICC tournaments and against their more fancied teams in bilateral tours, but never really had enough left in the tank for that home stretch. In 2013, the NZ team was at their lowest as they were bundled out for a mere 45 against South Africa in the first Test at Cape Town. Then captain Brendon McCullum and coach Mike Hesson set about changing the mindset of the team and coupled with a few generational talents in Williamson, Boult, Kyle Jamieson and guided by veterans likes Ross Taylor and McCullum himself NZ turned things around.

And in the last six year itself, New Zealand have made it to the finals of four ICC events out of six and have gone on to win one of them. They are currently top-ranked Test and ODI sides in the world and are placed fourth in T20Is. Two Kiwis each are in the top ten Test rankings for batters (Williamson at 2 and Henry Nicholls at 10), bowlers (Tim Southee at 3 and Neil Wagner at 5), and allrounders (Jamieson at 6 and Colin de Grandhomme at 10). In ODI rankings for batters, Ross Taylor is at 4th and Williamson 9th, while Matt Henry is ranked 6th in the world in ODI ranking for bowlers. Mitchell Santner is 5th among all-rounders while De Grandhomme is ranked 7th. In T20Is, Devon Conway is 7th among batters and Southee 9th among bowlers.

On Sunday, the Kiwis will have another shot at glory, a second of the year and third overall in their cricket history after the ICC KnockOut Trophy win in 2000 at Nairobi and WTC victory earlier this year. Kane Williamson too is on the cusp of history on becoming his country’s most successful captain and unique achievement of holding the double in international cricket. Barring Australia, no other team has ever held two ICC tournament trophies at the same time. Australia had won the 2003 and 2007 50-over World Cups and then went on to claim the 2006 and 2009 Champion Trophy tournaments as well.

‘When It’s Do or Die, They Do’: Kevin Pietersen Predicts Winner of T20 World Cup Final Between New Zealand And Australia

Amyra Dastur, in a co-ord set, is a ray of sunshine on Instagram