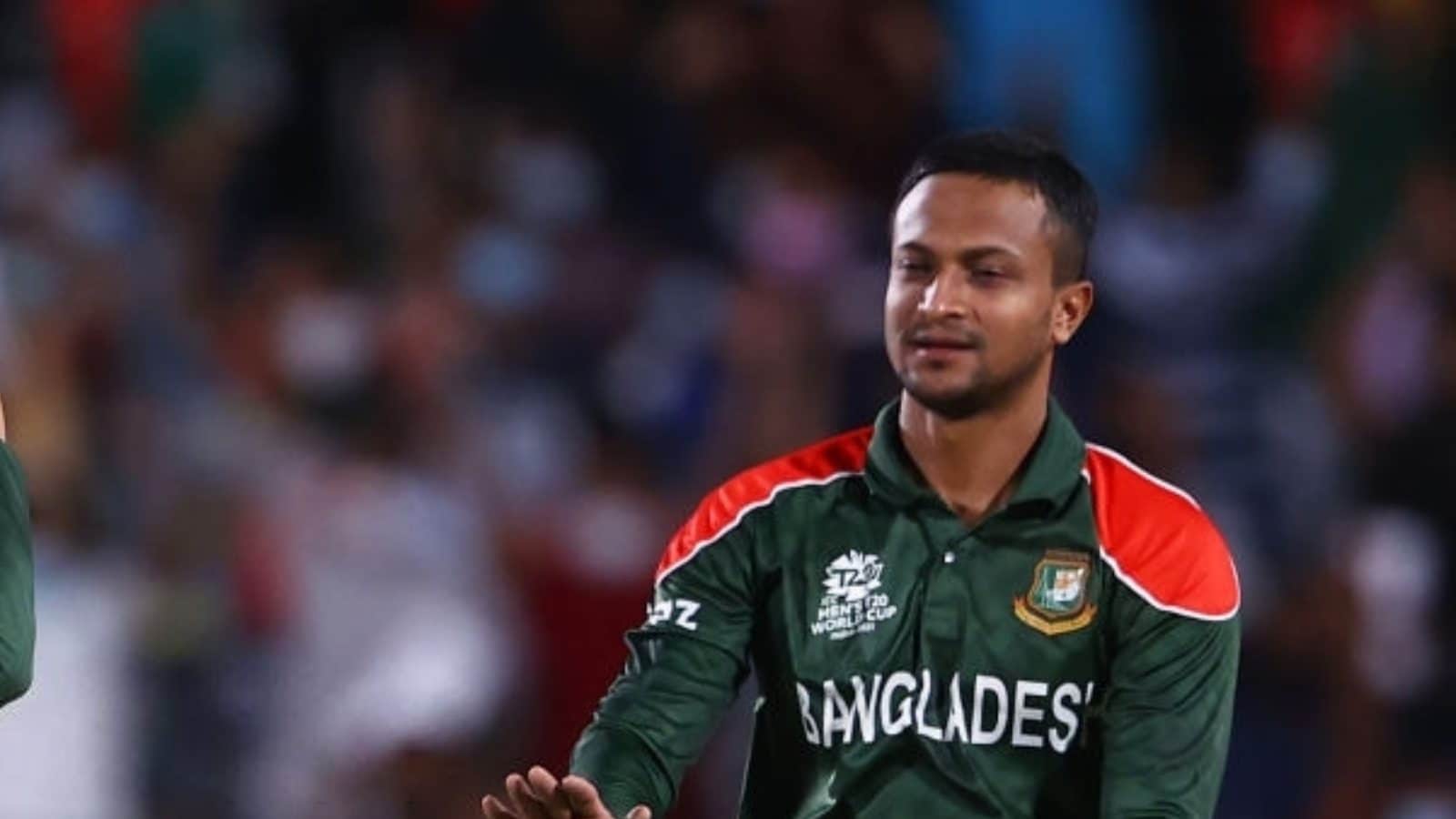 Star all-rounder Shakib Al Hasan took three wickets and scored 42 with the bat as Bangladesh hammered hosts Oman by 26 runs on Tuesday to win their first match of the Twenty20 World Cup and stay alive in the competition.

World number six Bangladesh came into the contest needing a win to stay in the hunt for the Super 12 stage and were bowled out for 153 after electing to bat first in Muscat.

Mustafizur Rahman, who returned figures of 4-36, and Shakib then shared seven wickets between them to keep down Oman to 127-9 and help Bangladesh bounce back from their opening Group B loss to Scotland.

Left-hand opener Mohammad Naim, who smashed 64 off 50 balls, and Shakib set up the victory for Bangladesh with a key second-wicket stand of 80 after the Tigers lost two early wickets.

Oman fast bowlers Bilal Khan and Fayyaz Butt took three wickets each to peg back Bangladesh after the big partnership.

Naim, who replaced Soumya Sarkar for the key match, survived two dropped catches on 18 and 26 to go on and raise his third T20 half-century.

The Oman bowlers kept picking up wickets and could have limited Bangladesh to a far lower score with better catching as Kashyap Prajapati dropped two chances and Jatinder spilled another.

Earlier in the day, Scotland beat Papua New Guinea in the first match to record their second successive win and are now on the verge of making the next stage.

Devendra Jhajharia gets a hero’s welcome: ‘My medal is a source of energy’ | Tokyo Paralympics News – Times of India